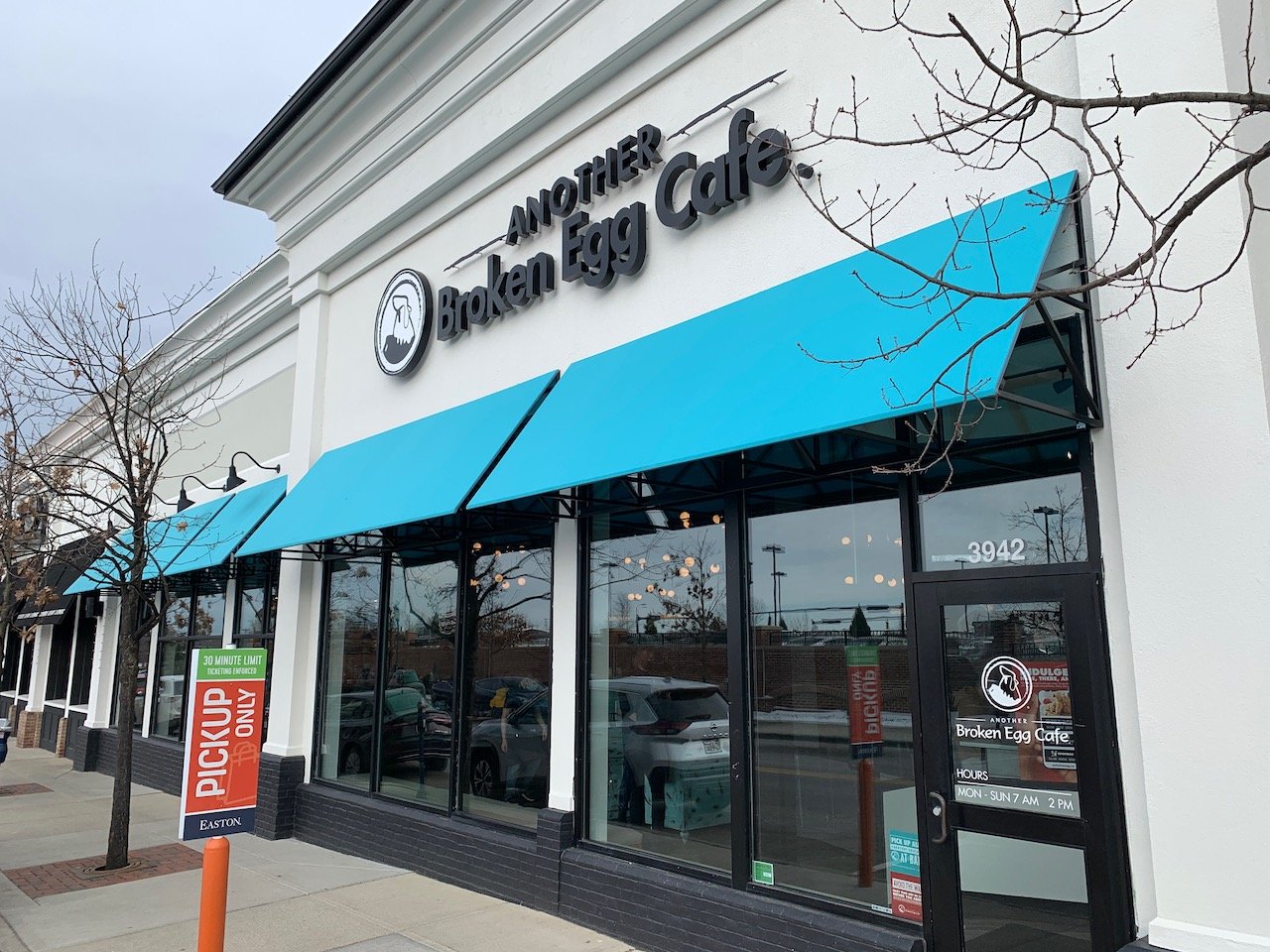 Want to explore more of Easton? Book a Staycation at the Residence Inn, try coffee at Crimson, brunch burgers at Flip Side, or a lavish steak dinner at Smith & Wollensky.

Easton recently added a new brunching option to the southeast corner of the shopping center: Another Broken Egg! The morning meal cafe chain comes out of Louisiana, where the original location was called Broken Egg, so each subsequent franchise was titled – you guessed it – Another Broken Egg. 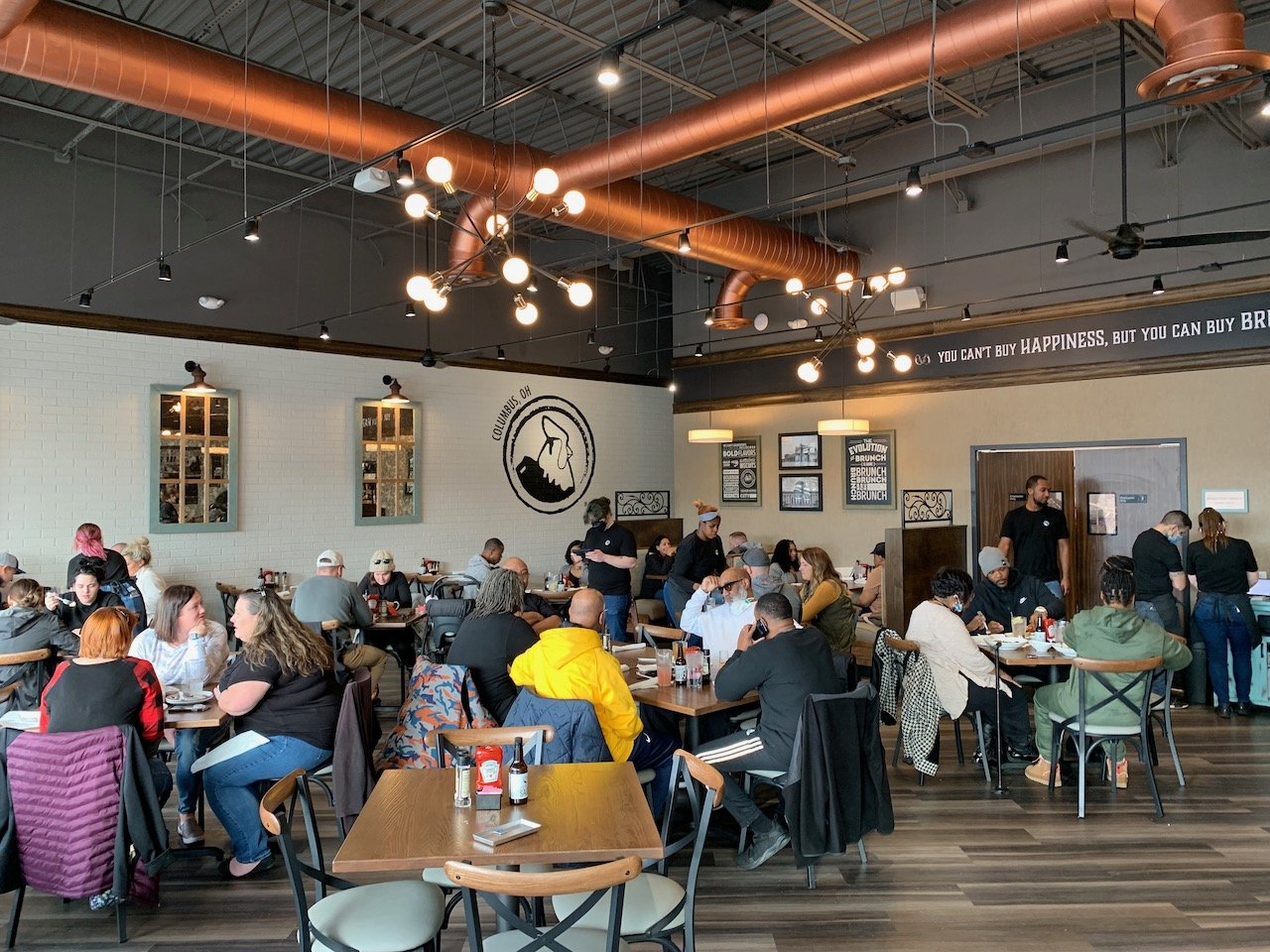 The Easton Another Broken Egg inhabits the old Panera space, just east of the Trader Joe’s and south of Lifetime Fitness. The space features a small bar near the host stand and an open dining room. Quite the transformation from a Panera. 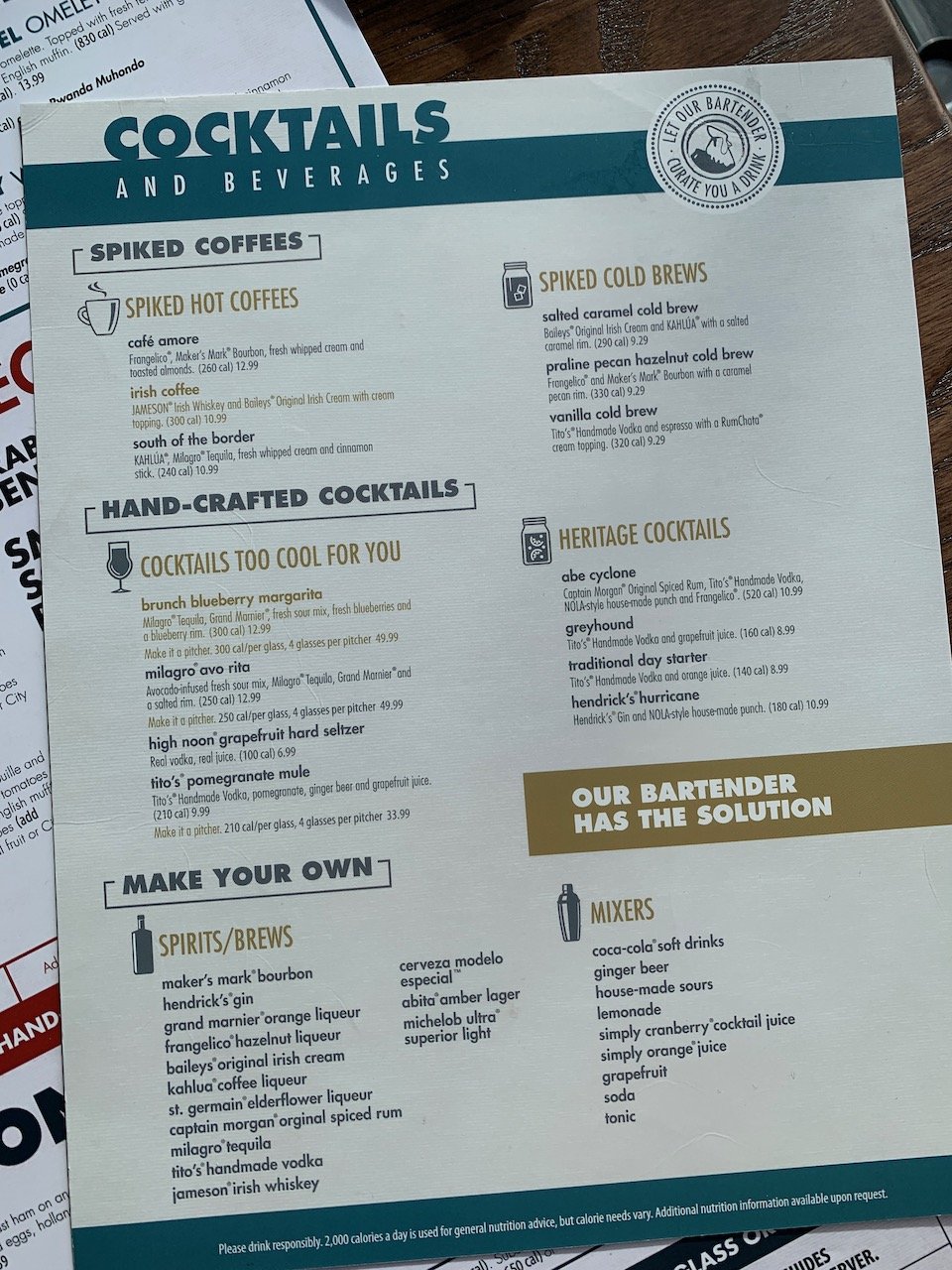 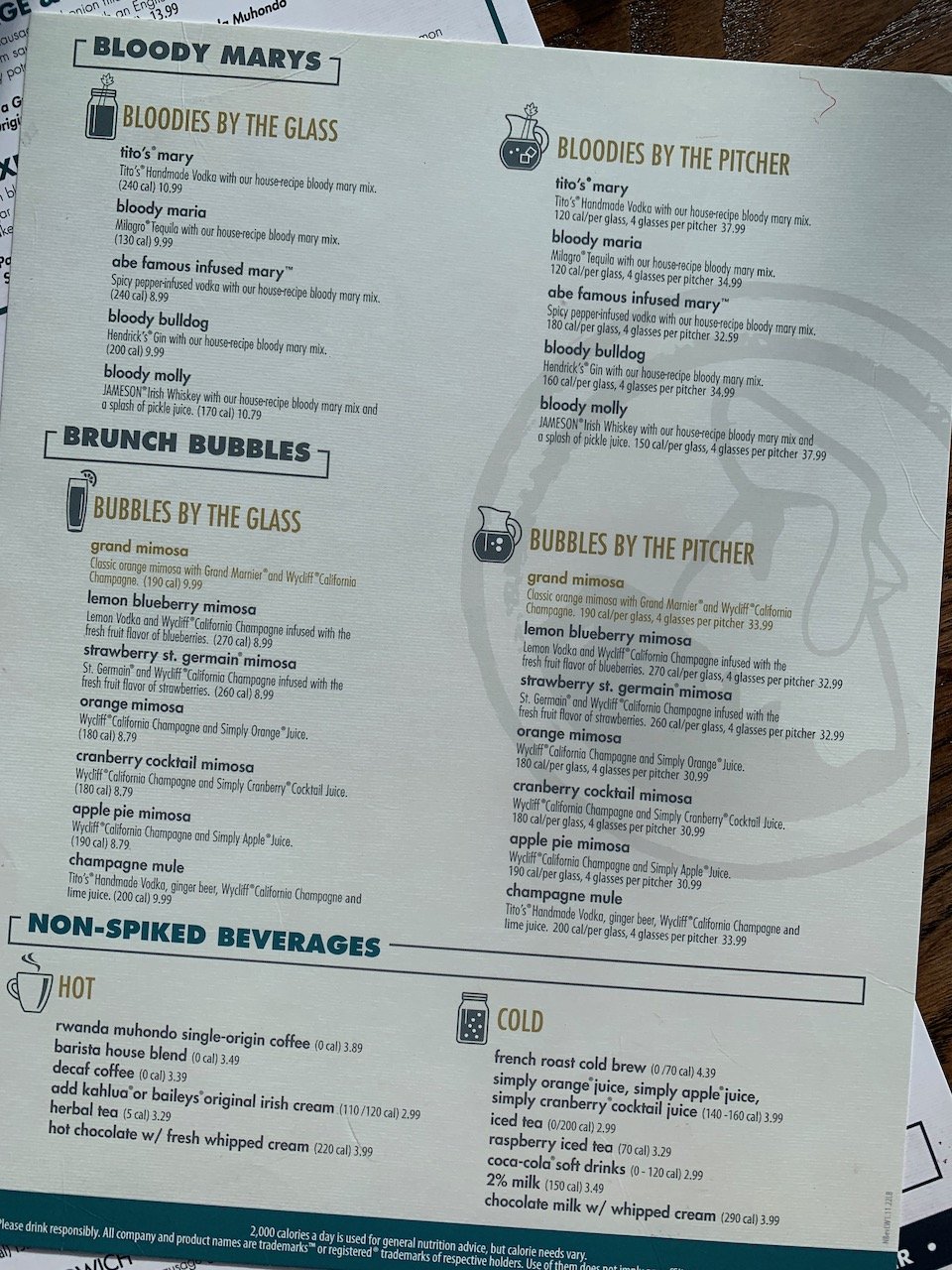 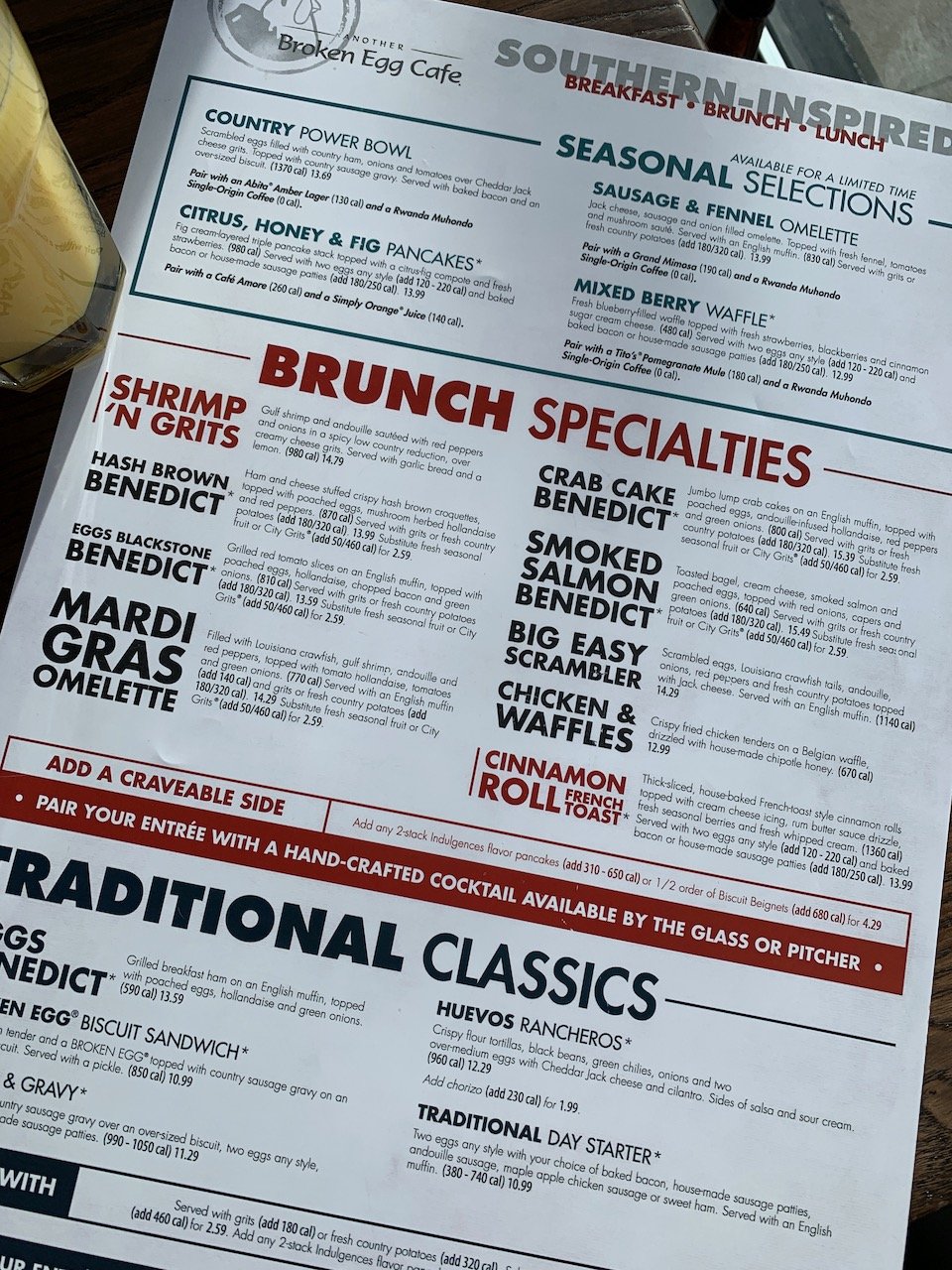 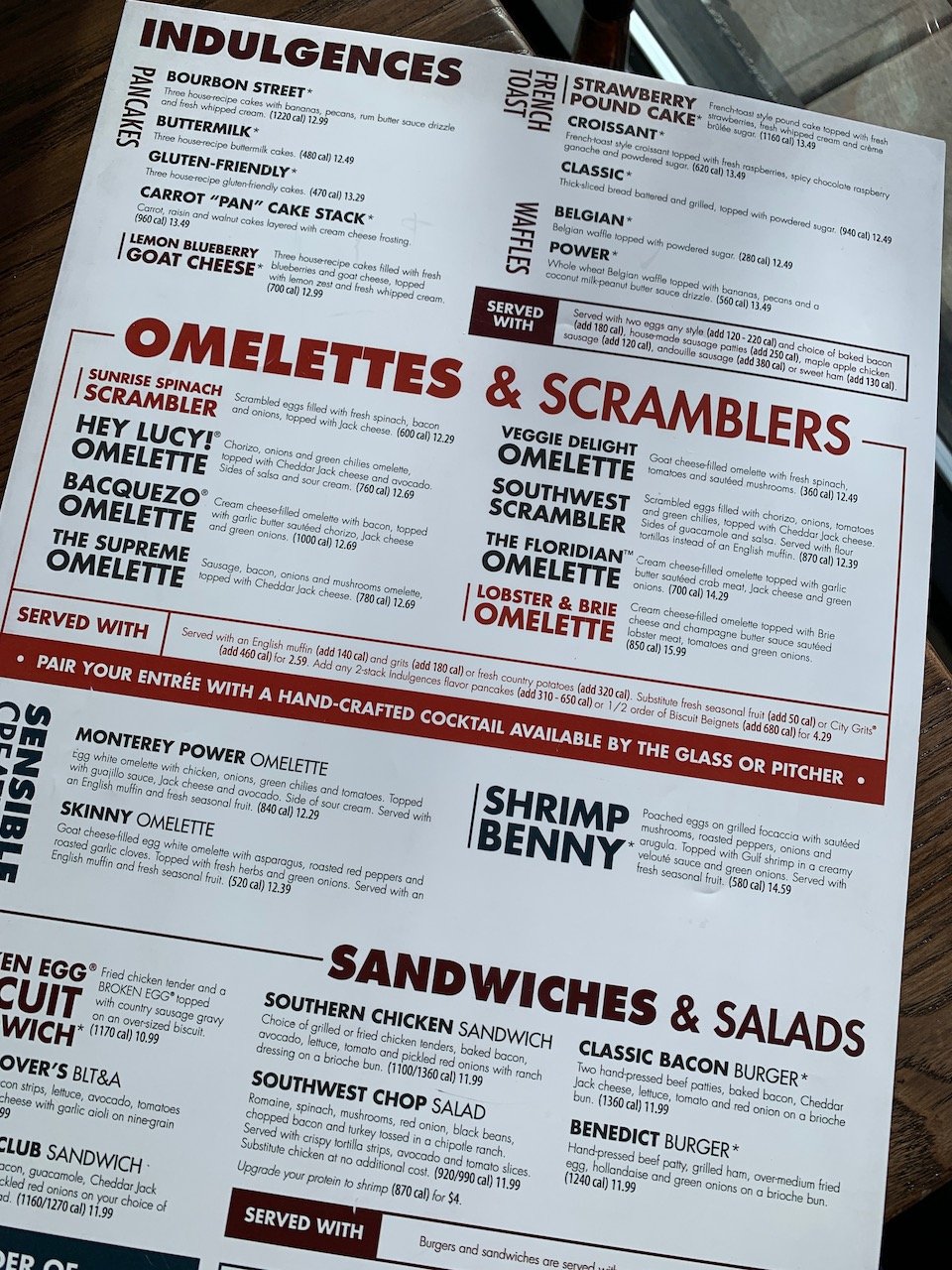 Their menu covers a lot of territory, and includes a full bar with brunch cocktails like Bloody Marys, mimosas, spiked coffee, classics like margaritas, hurricanes, mules, you name it. 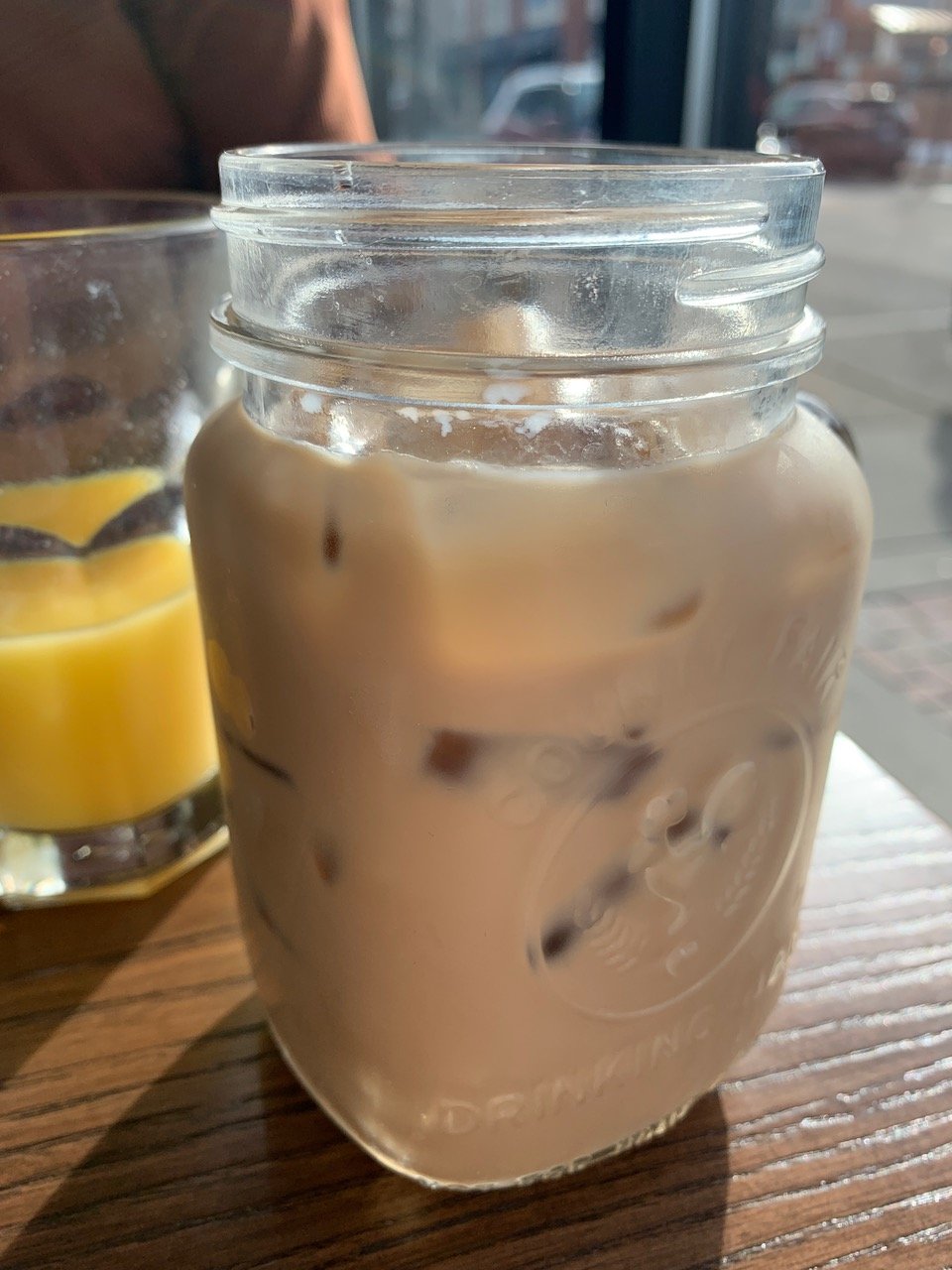 It was too early in the morning for cocktails for us, but we tried a mason jar of cold brew, made with a French roast coffee. A touch bitter for our taste, but still refreshing. 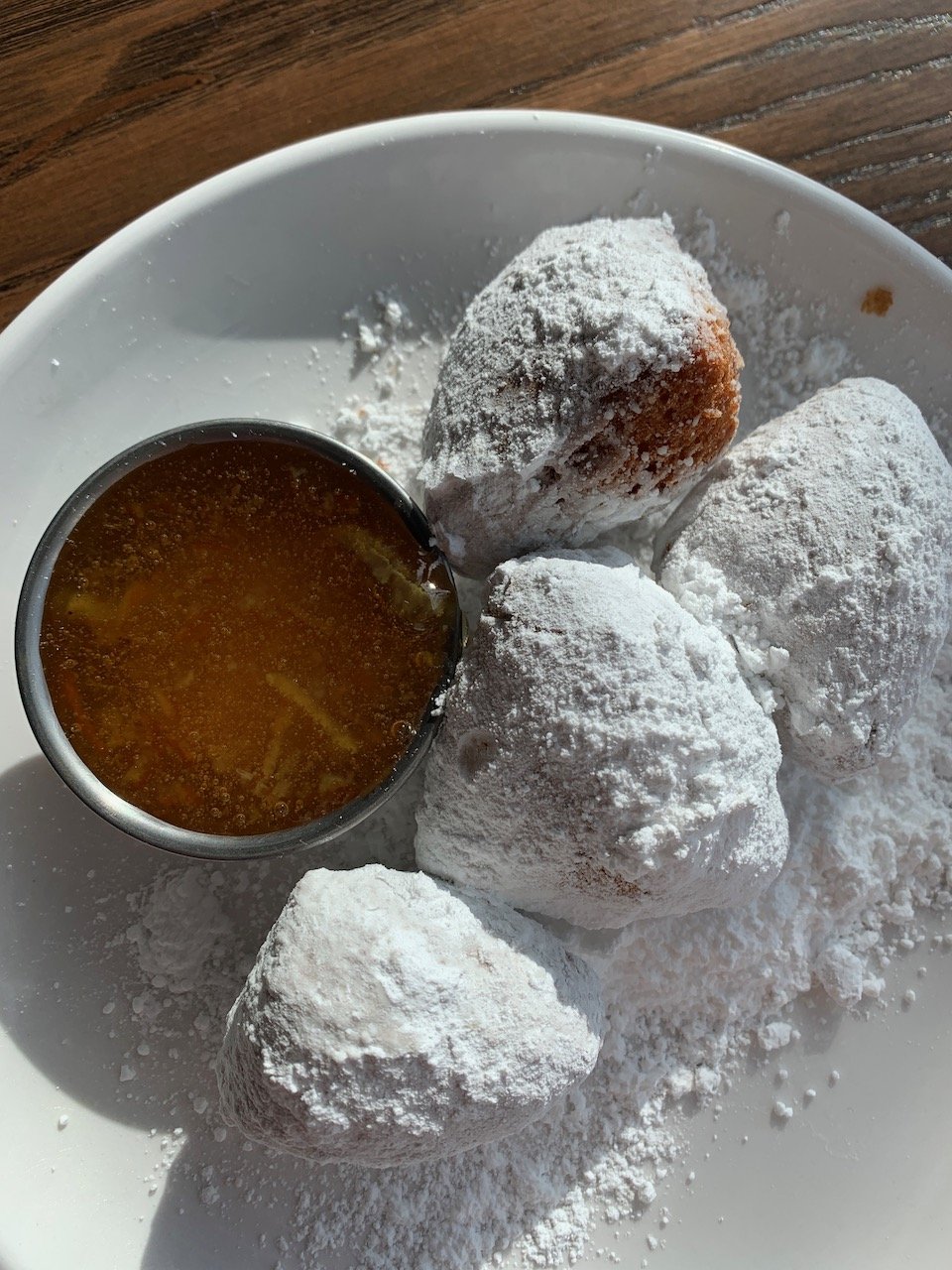 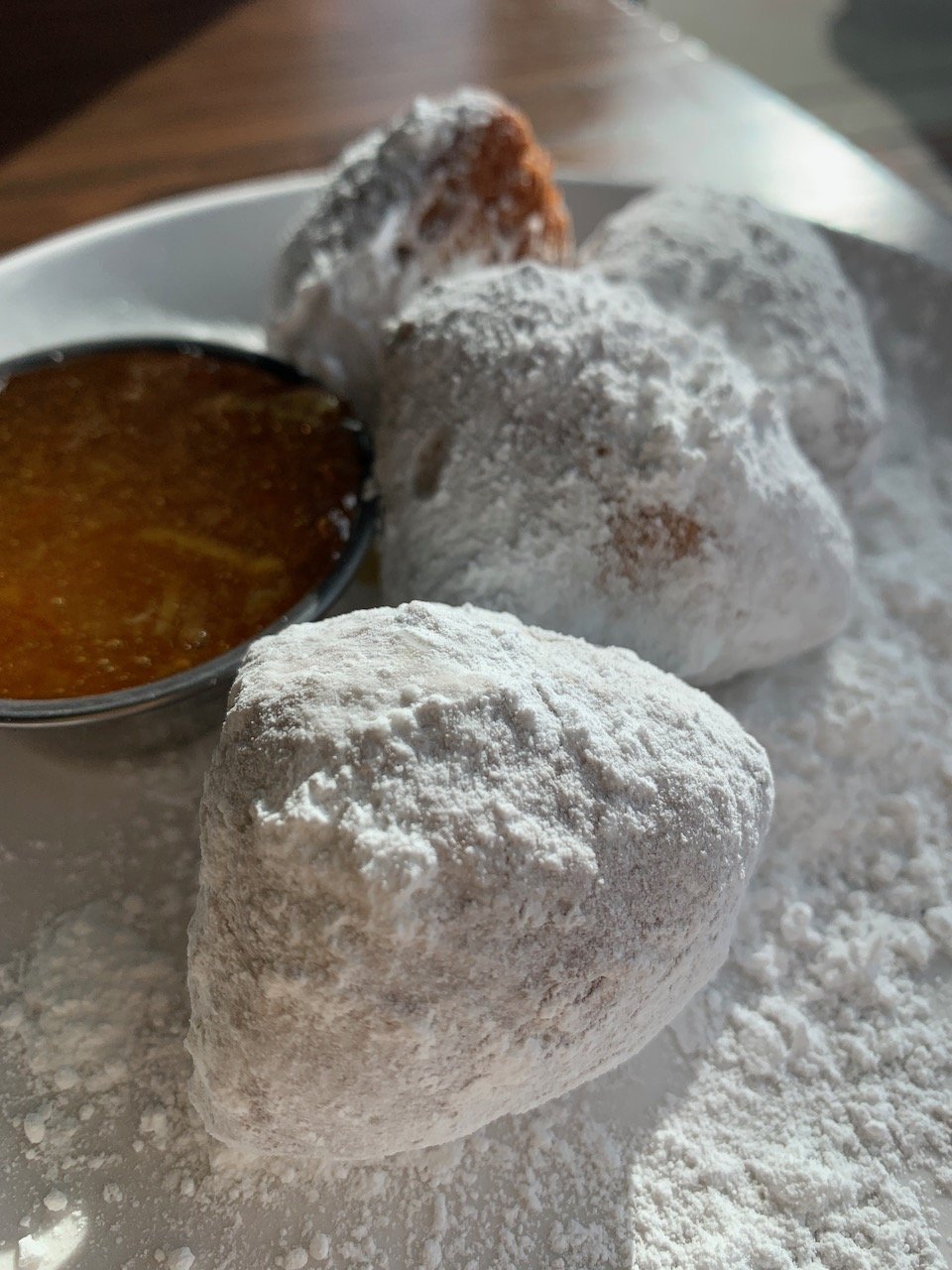 We started with a half order of the biscuit beignets. They combine a bit of both worlds: beignet-sized bites that are denser like a biscuit while still generously coated in powdered sugar, and served with an orange marmalade-like dipping sauce. 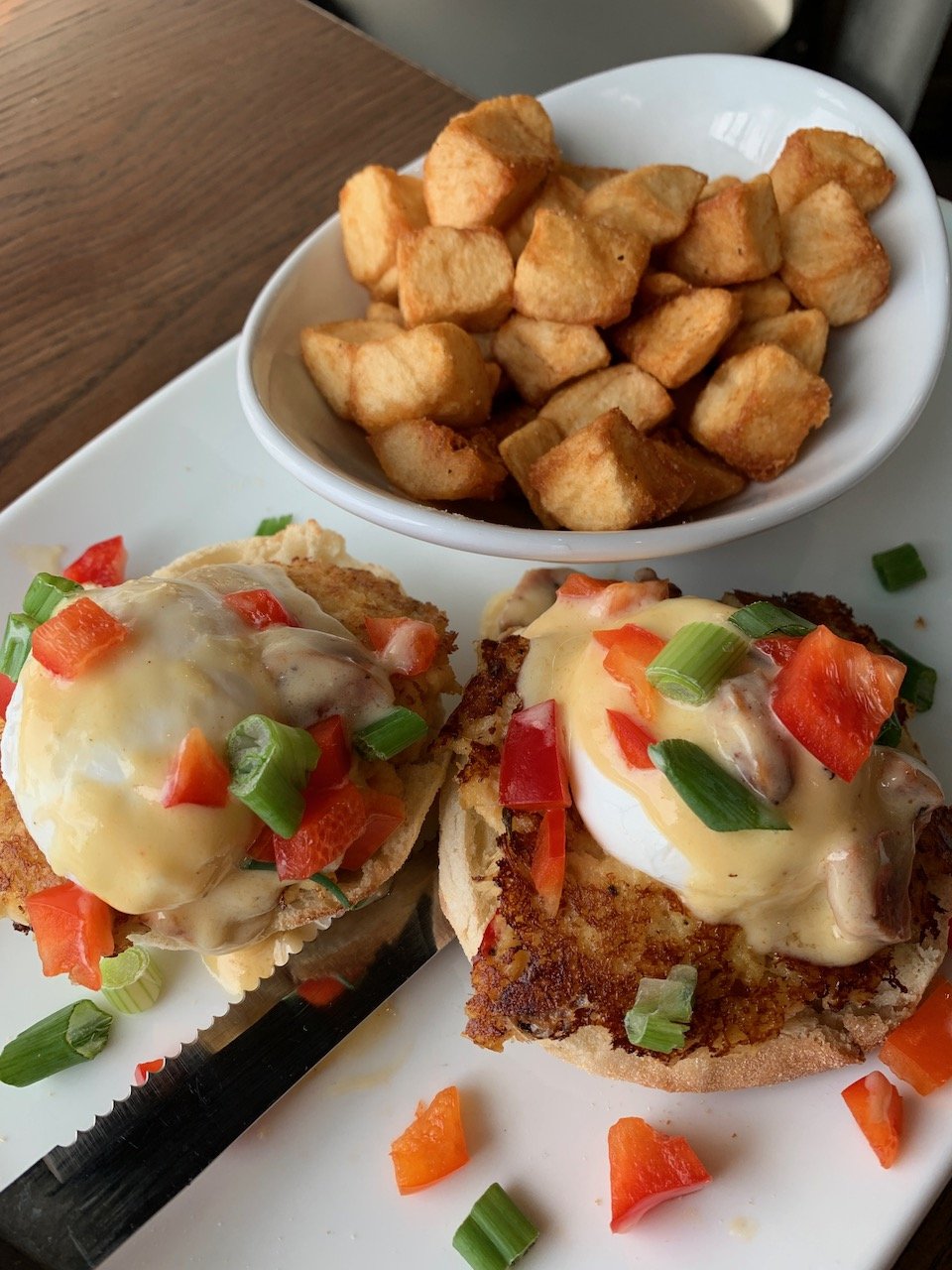 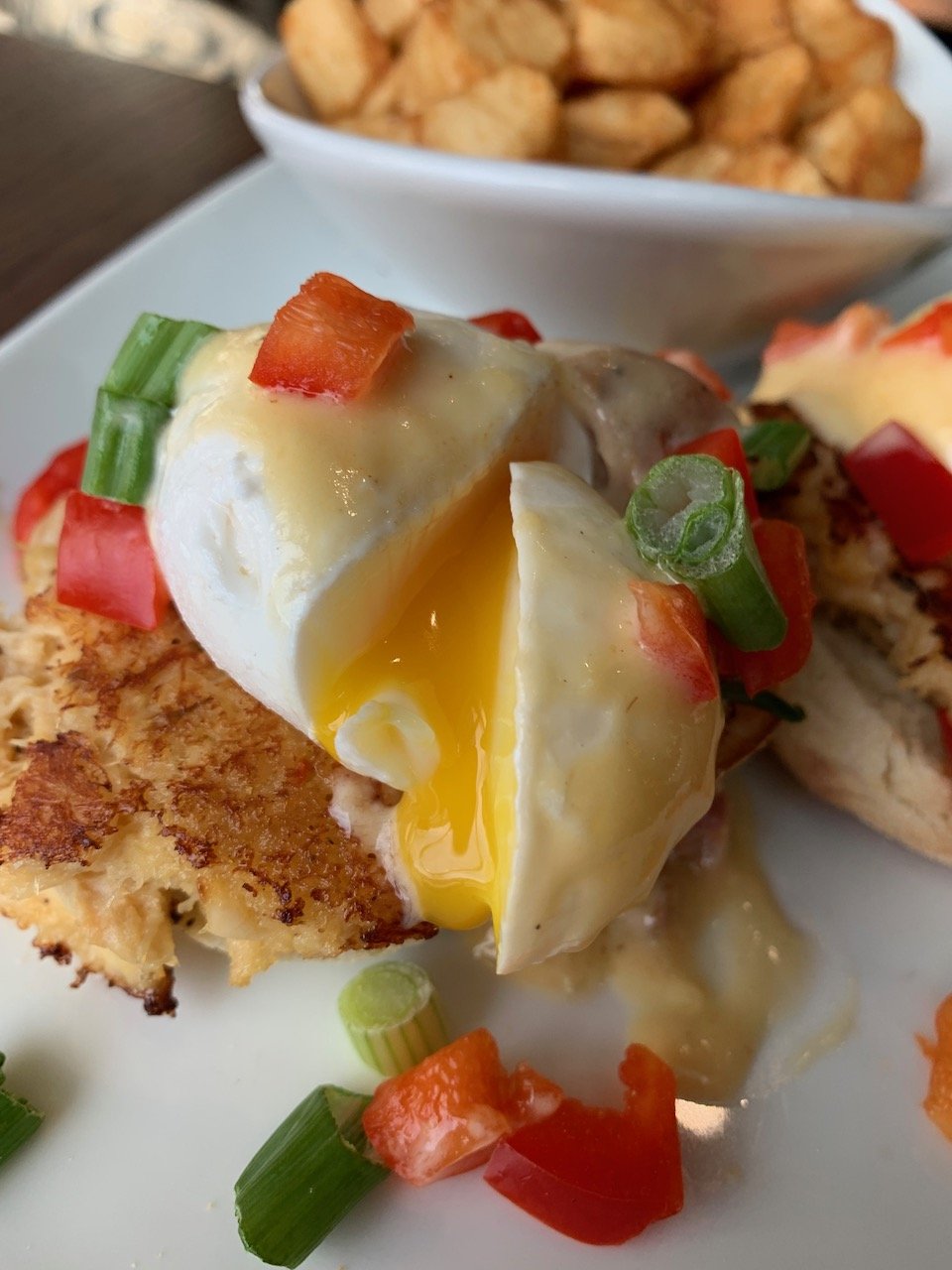 Our server recommended the crab cake benedict from their Brunch Specialties menu: two jumbo lump crab cakes on an English muffin with poached eggs, diced red peppers and green onions, and an andouille-infused hollandaise. Altogether an easy-to-like benedict. I appreciated the andouille-tinged hollandaise. The side of country potatoes was pretty straightforward, too. 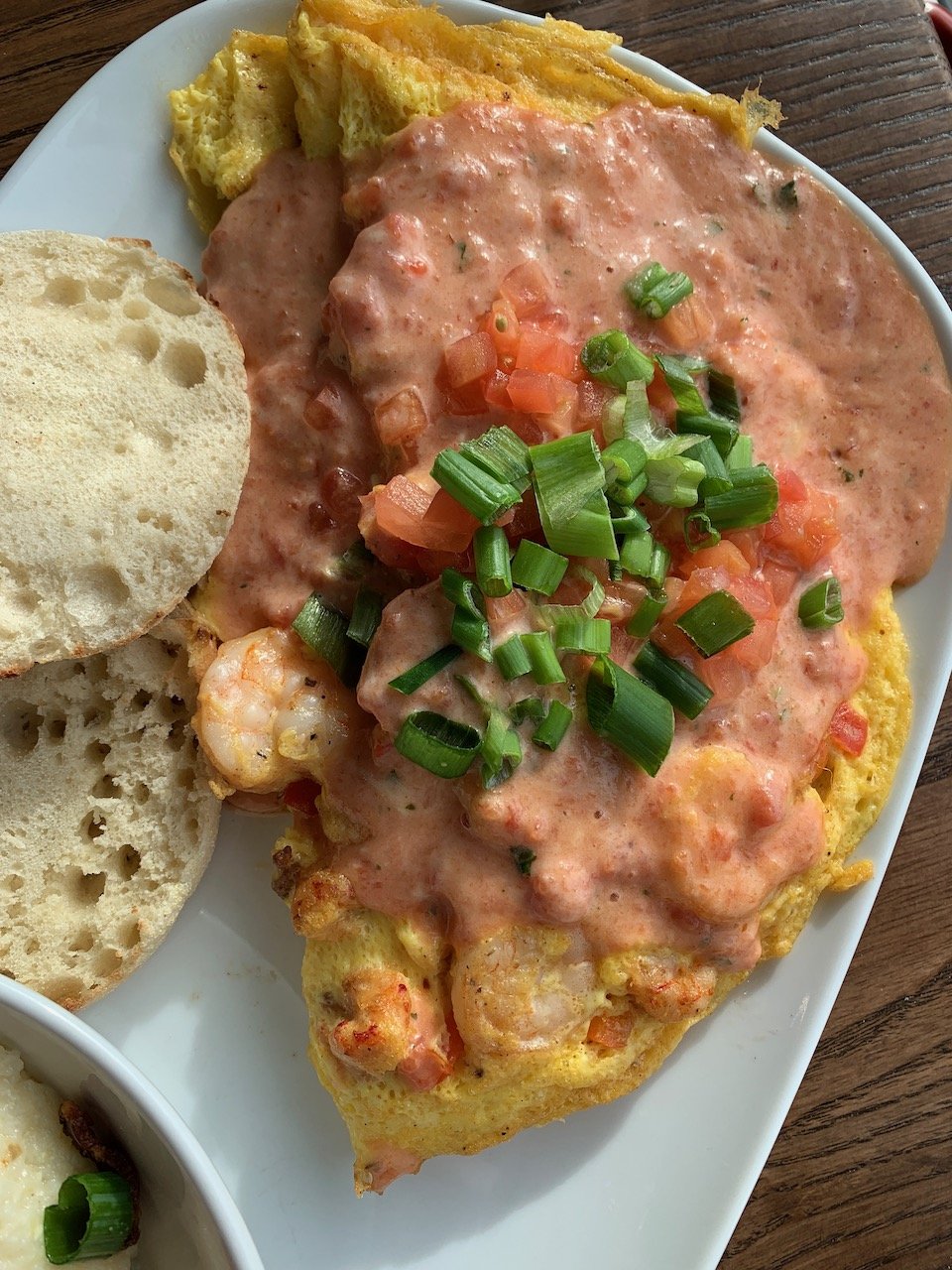 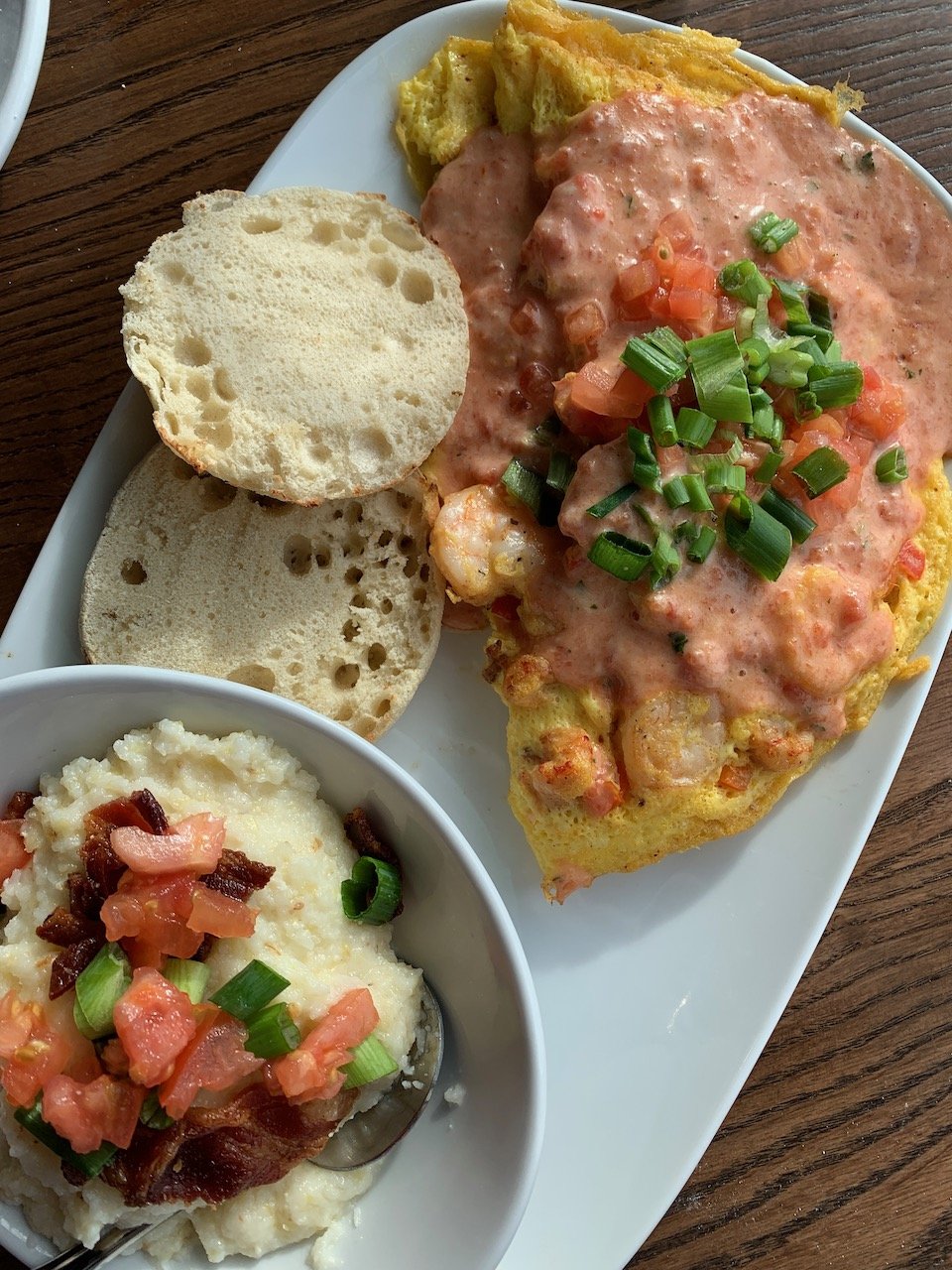 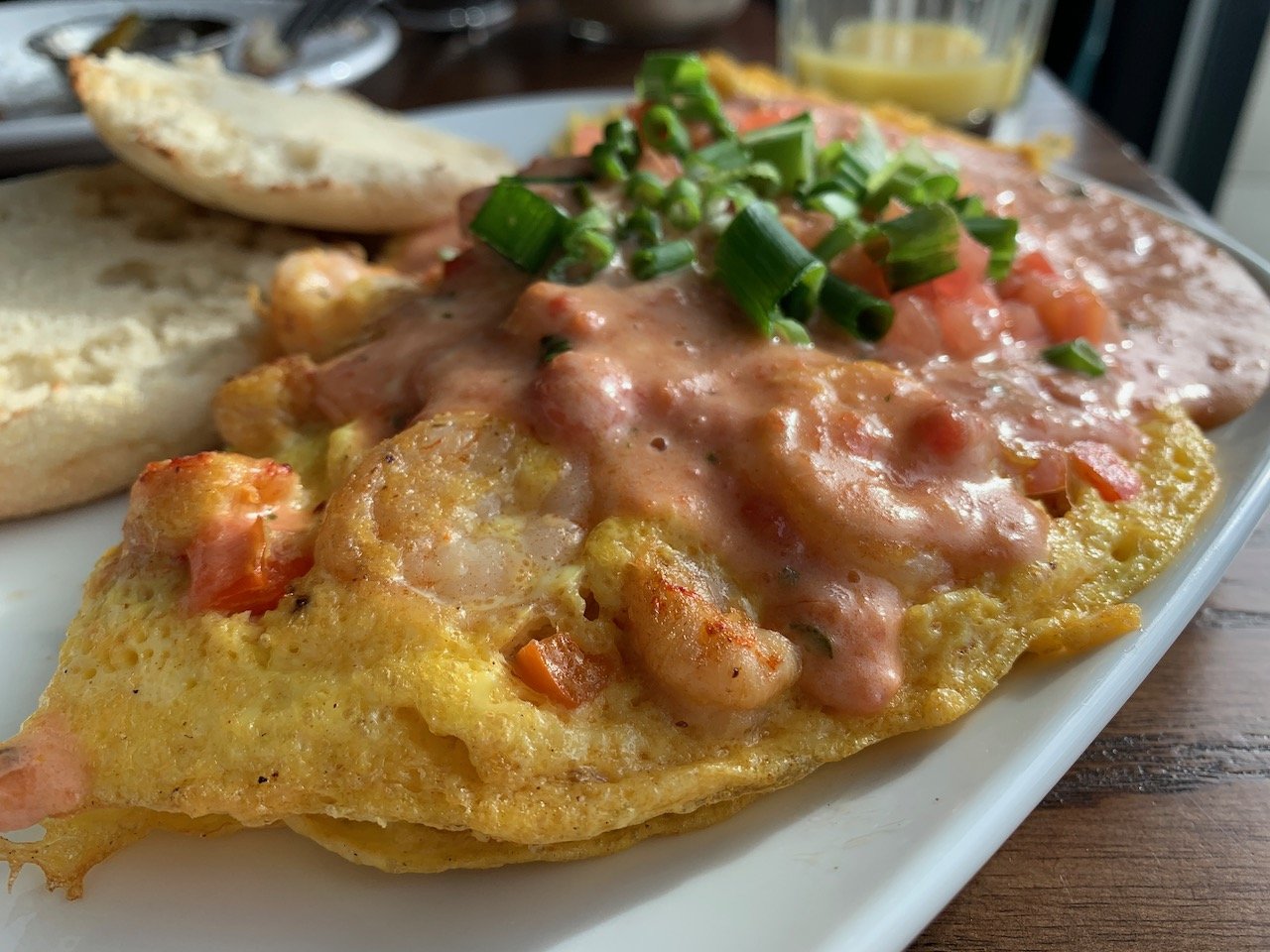 Same with the Mardi Gras omelette. The omelet is both filled and covered with a tomato hollandaise rich with Louisiana crawfish, gulf shrimp, andouille, and red peppers. It’s almost more like an omelet dowsed in a crawfish etouffee. 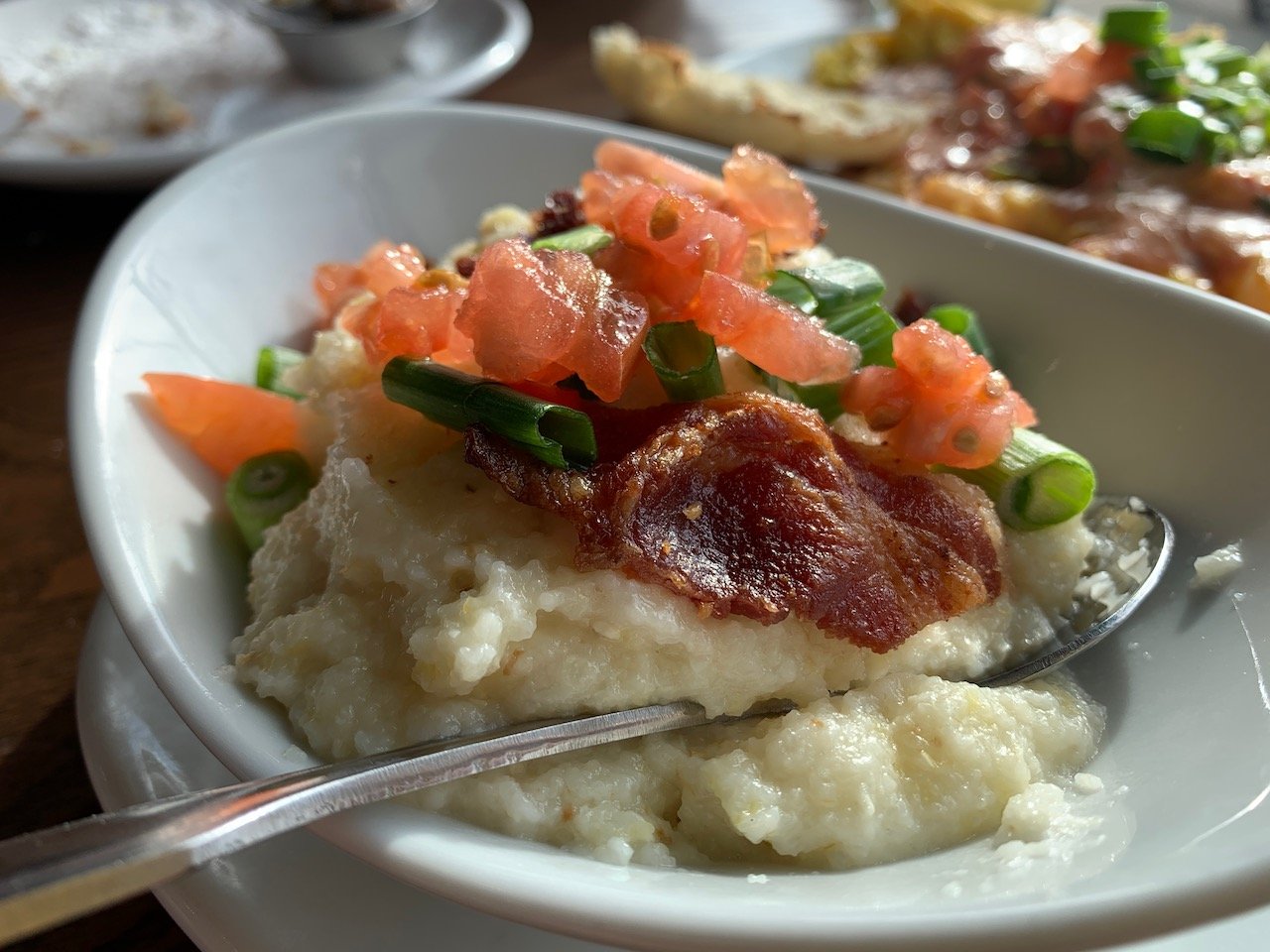 We ordered a side of their City Grits, which are a nice, buttery grits topped with bacon, tomatoes, and green onions.

And the menu continues on from there: more omelets and benedicts, brunch burgers, sandwiches, biscuits and gravy, huevos rancheros, shrimp and grits, chicken and waffles, French toast, waffles, loads of pancakes. 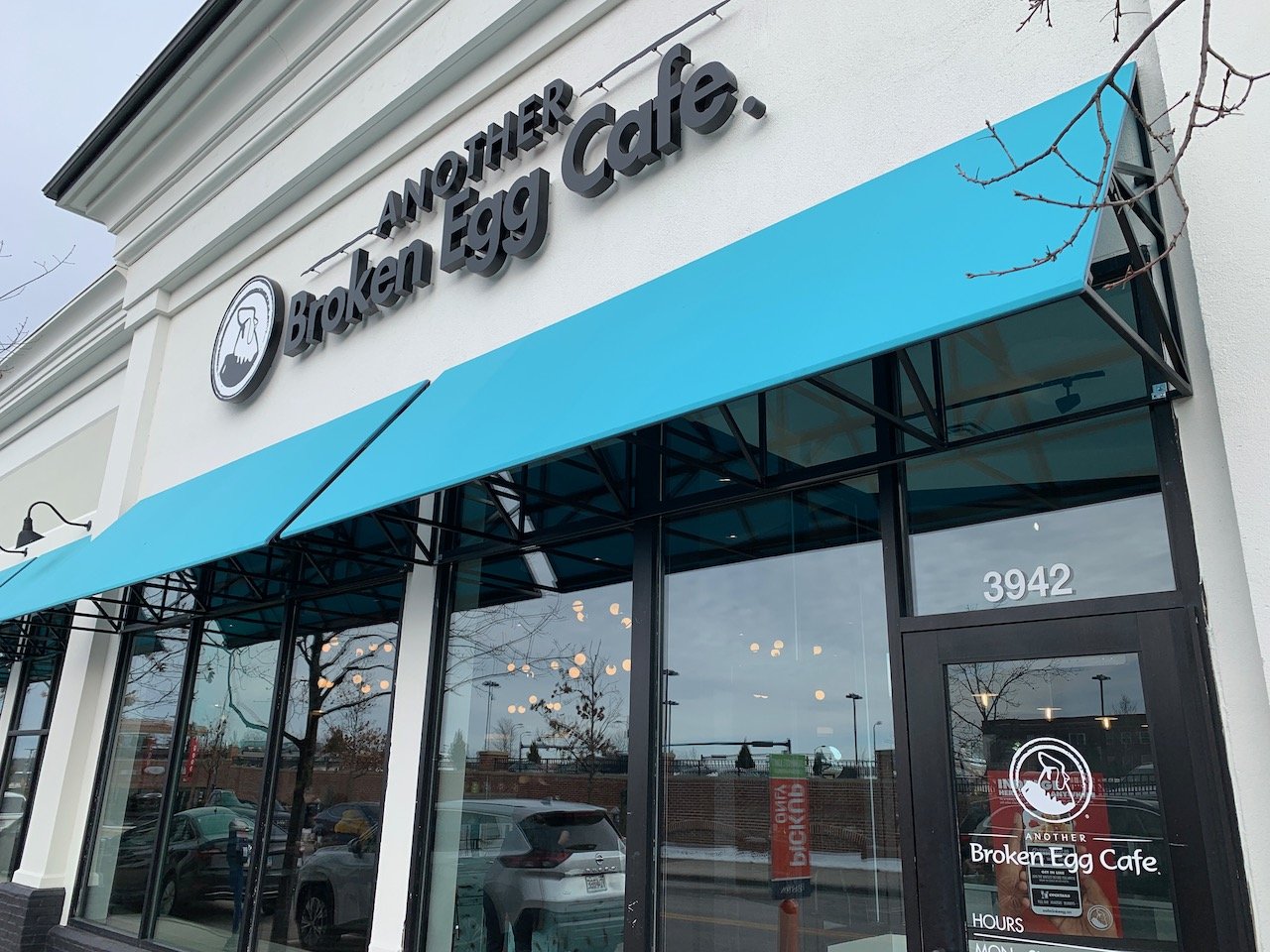 Overall, we enjoyed the experience at Another Broken Egg. The prices felt a tad high for the portions, but there’s enough interesting stuff – and who can argue with a hearty Southern-style breakfast? – that should please just about anyone.

Want to explore more of Easton? Book a Staycation at the Residence Inn, try coffee at Crimson, brunch burgers at Flip Side, or a lavish steak dinner at Smith & Wollensky.