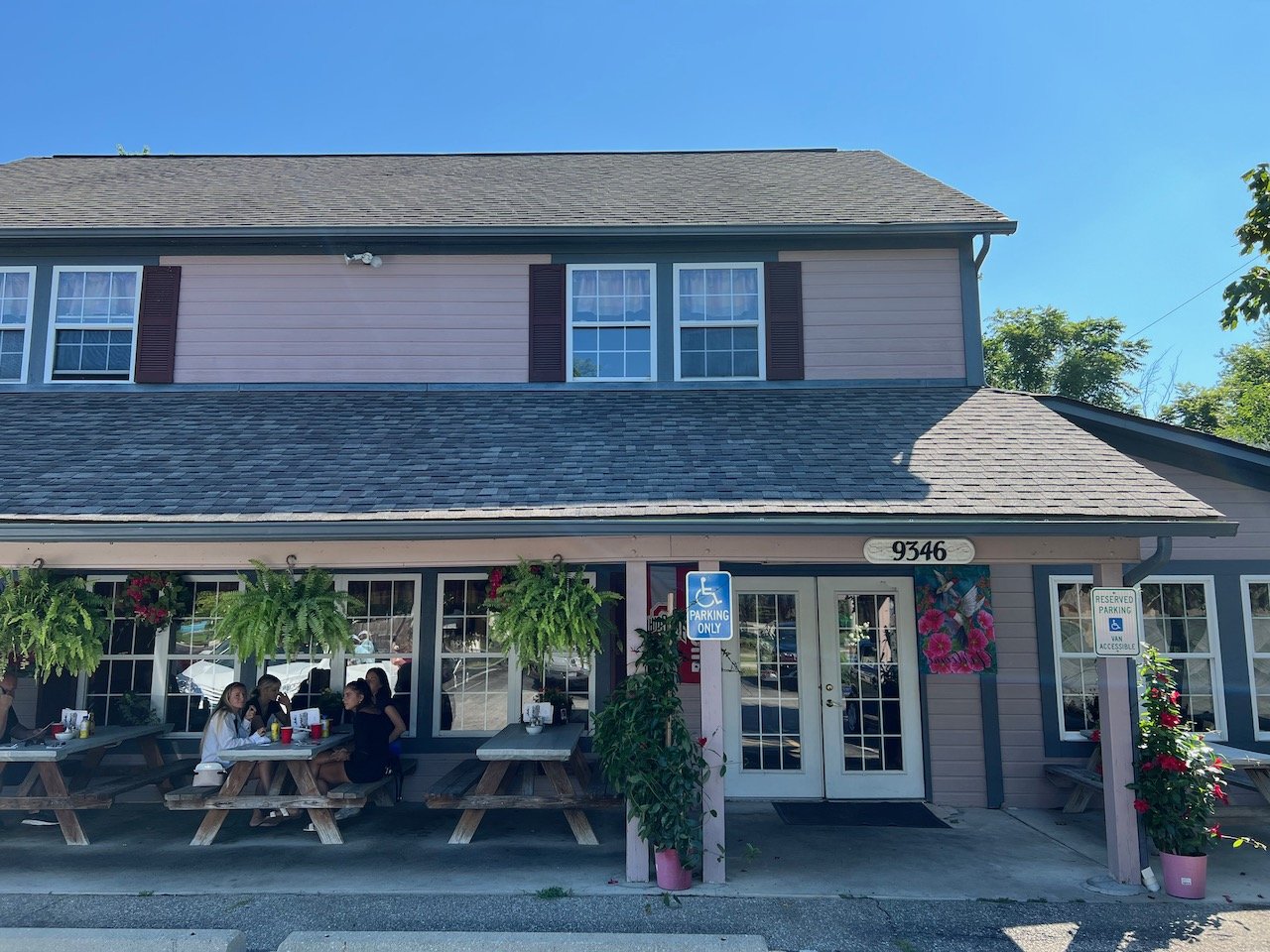 Hellas Carryout has been sitting at the top of my Restaurants To Try list for YEARS, probably as long as I’ve been writing Breakfast With Nick. I’ve gotten the most recommendations for it over the years, and we simply haven’t been until recently, when we made it a breakfast stop before a day at the Columbus Zoo across the river. 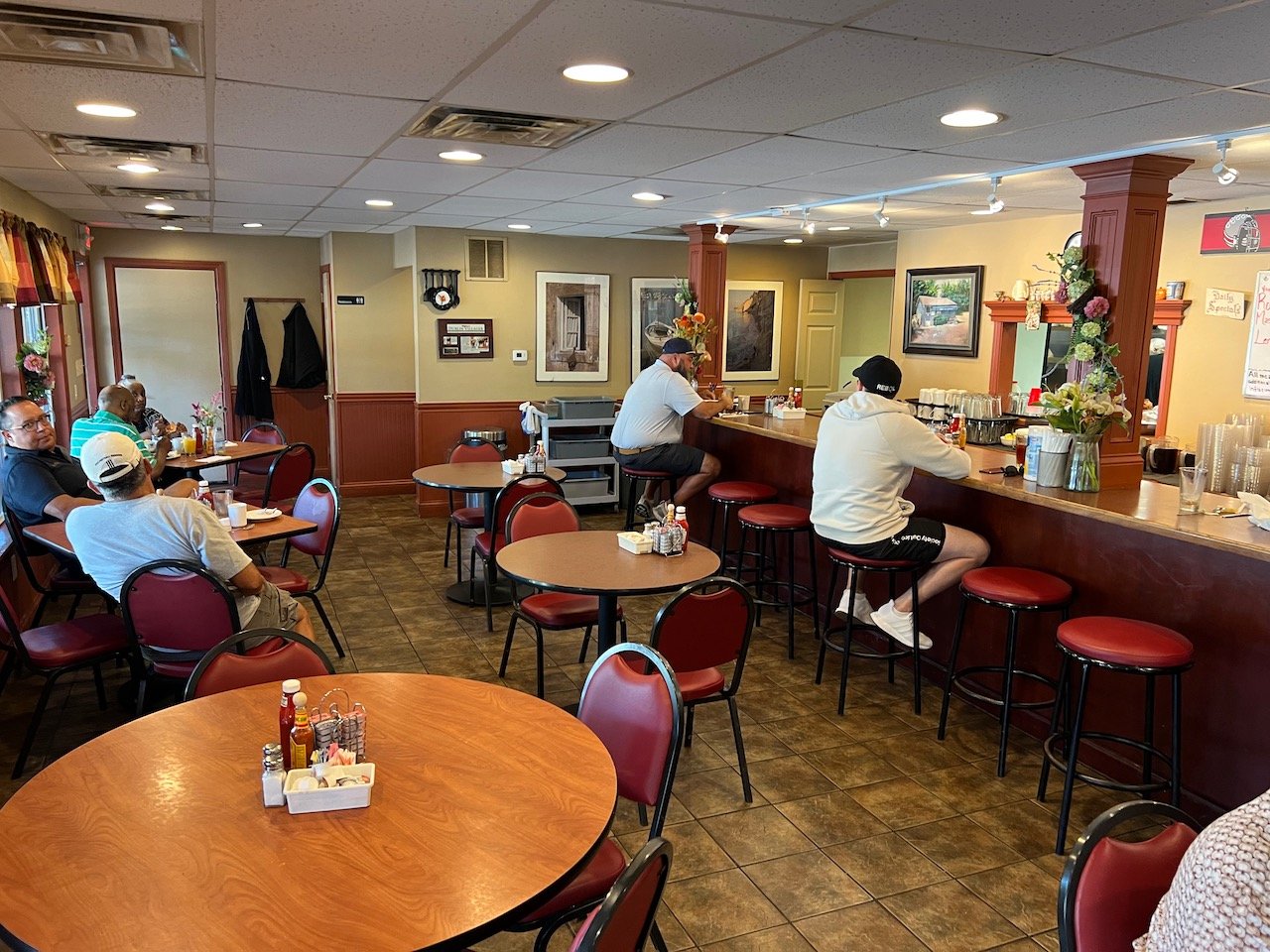 Hellas is cozy and inviting, situated in a home-like setting off the main drag in Shawnee Hills. They have picnic tables out front, a counter, and a decent collection of two- and four-top tables throughout the dining room. 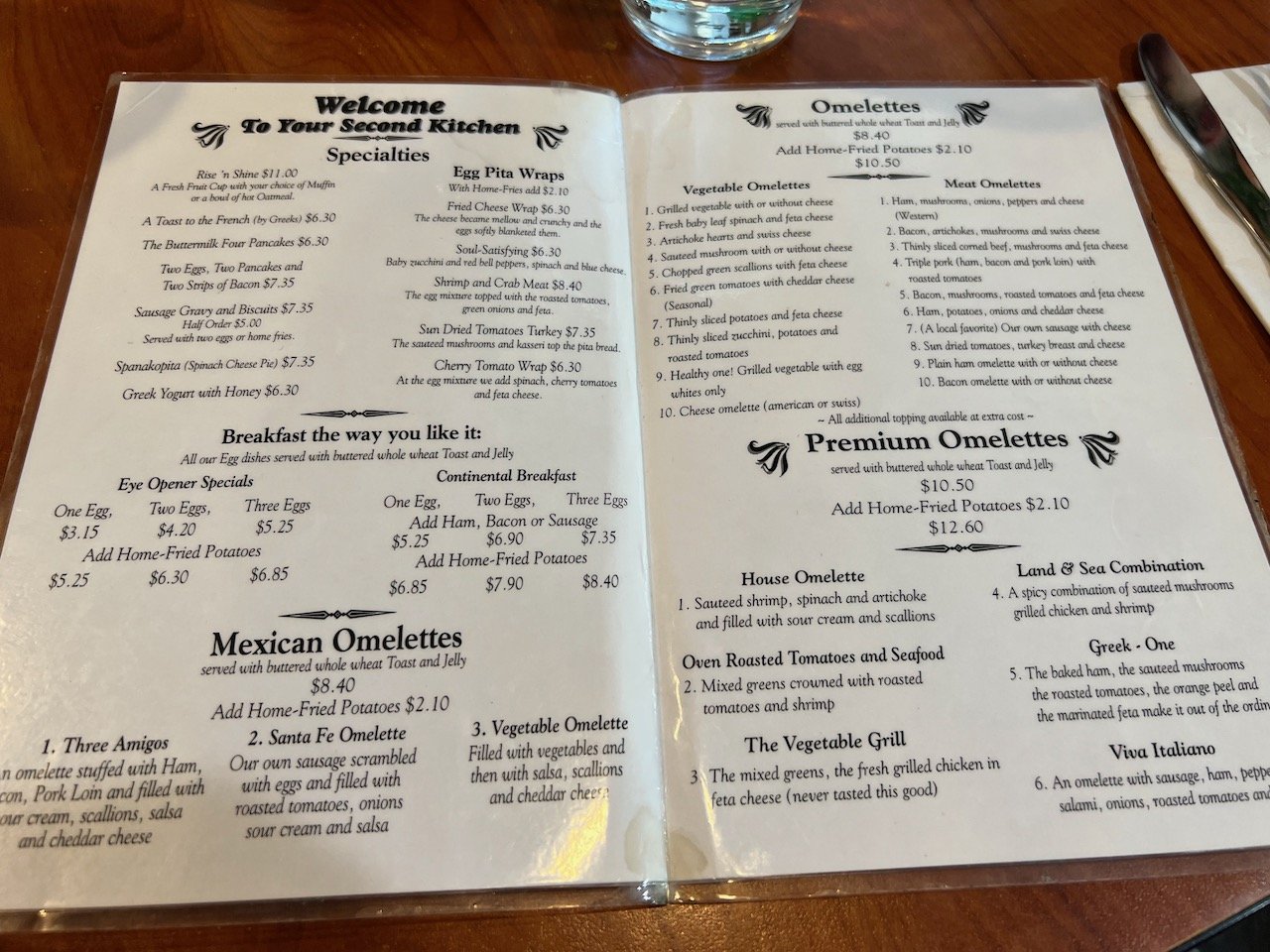 Their menu covers all the breakfast basics – eggs with meat and potatoes, pancakes, biscuits and gravy – but most of it is dominated by omelets. There are 30+ options, with loads of vegetable-heavy options, Greek specialties, house-made sausage, seafood, chicken, you name it. 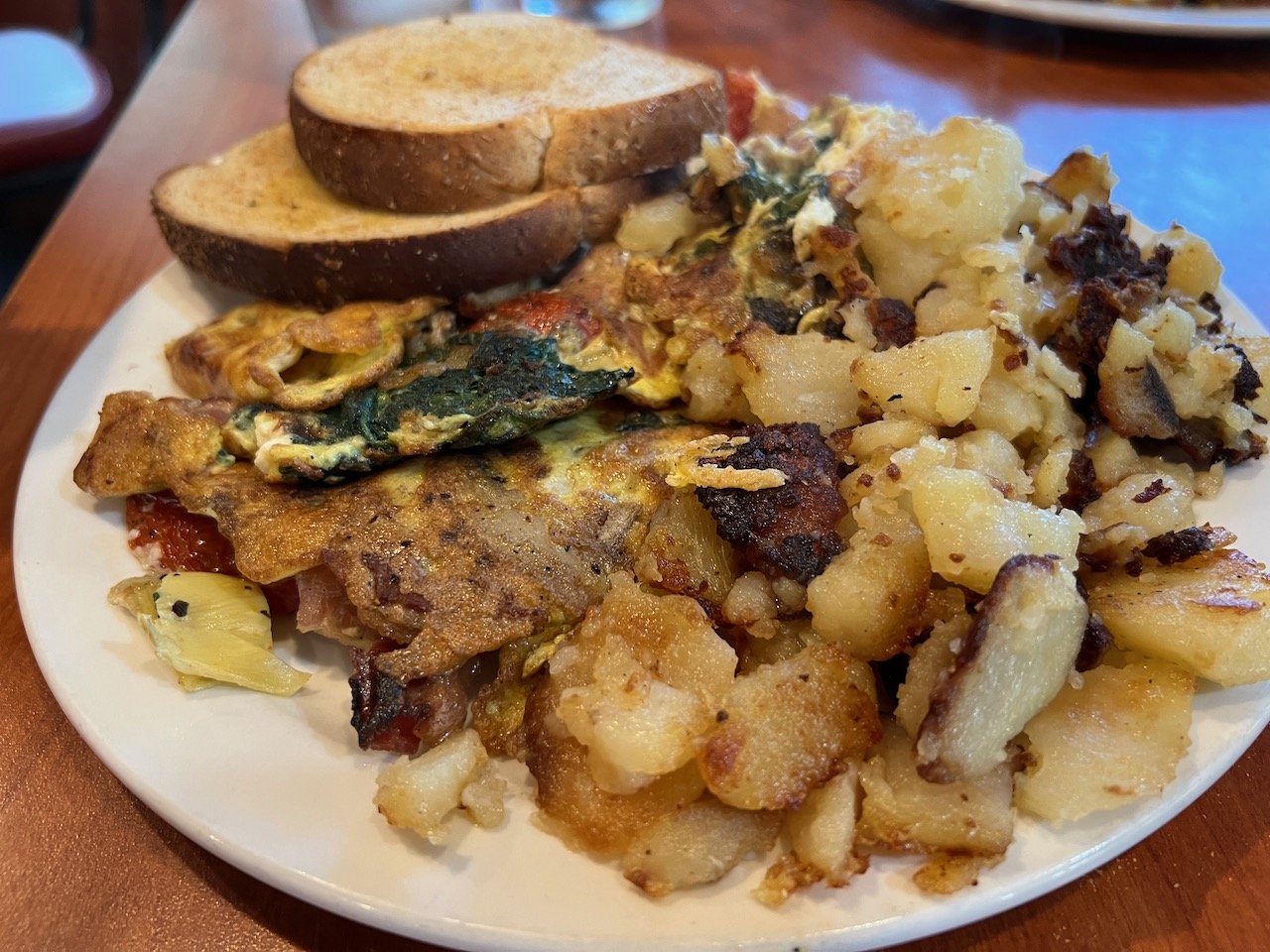 Beth chose one with bacon, mushrooms, roasted tomatoes, and feta cheese, and added spinach and artichokes. 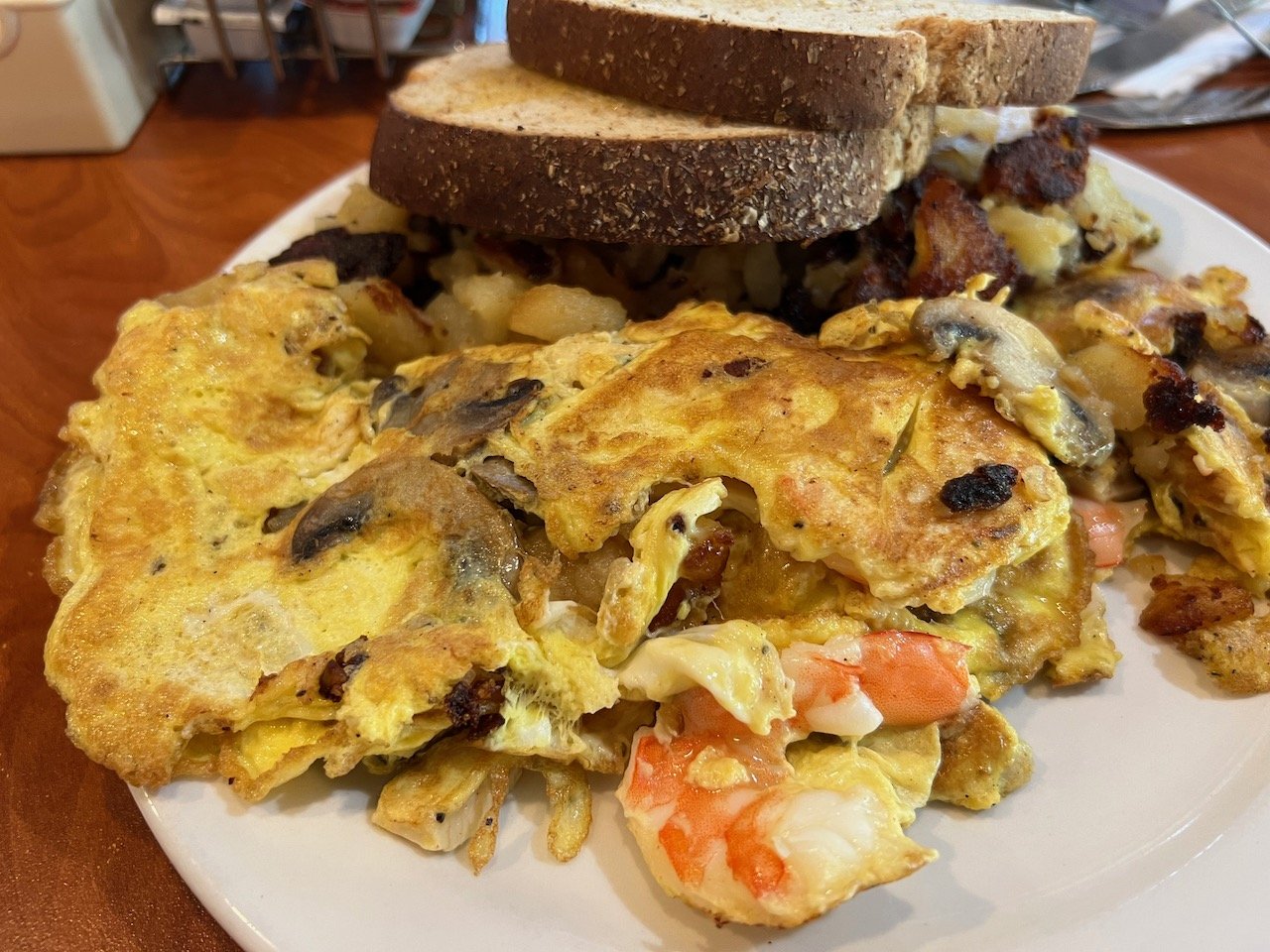 I selected one with chicken, shrimp, and mushrooms.

The omelets are a little more like scrambles, and the eggs are browned quite a bit, but they’re filling and a good value for the price. We enjoyed the combinations we tried. They’re served with barely-buttered toast and a terrific side of home fries. There were a tad under-seasoned, but otherwise just how I like them: tender and well-browned on the grill. 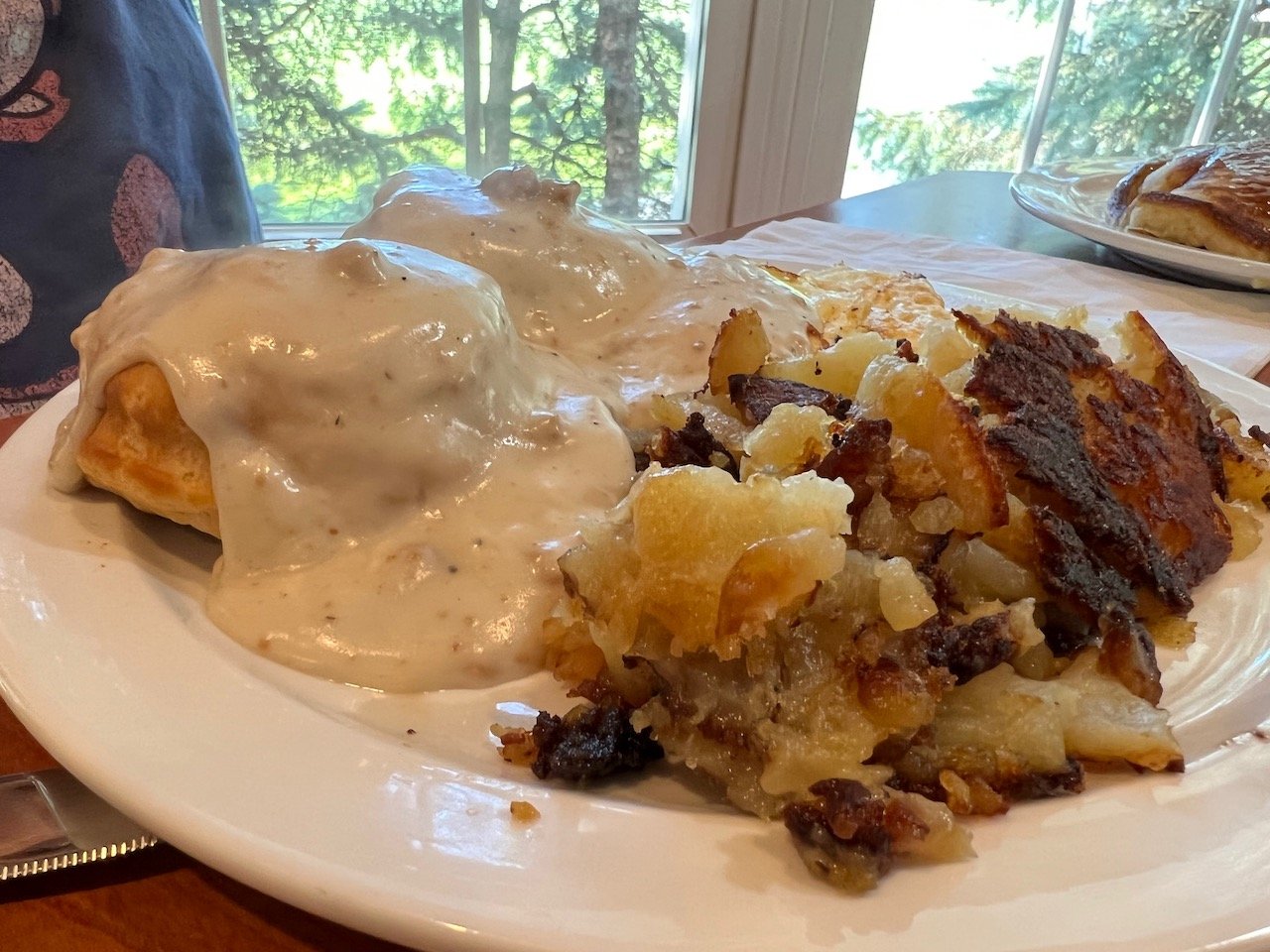 The boys split an order of biscuits and gravy, which they gave a hearty thumbs-up. 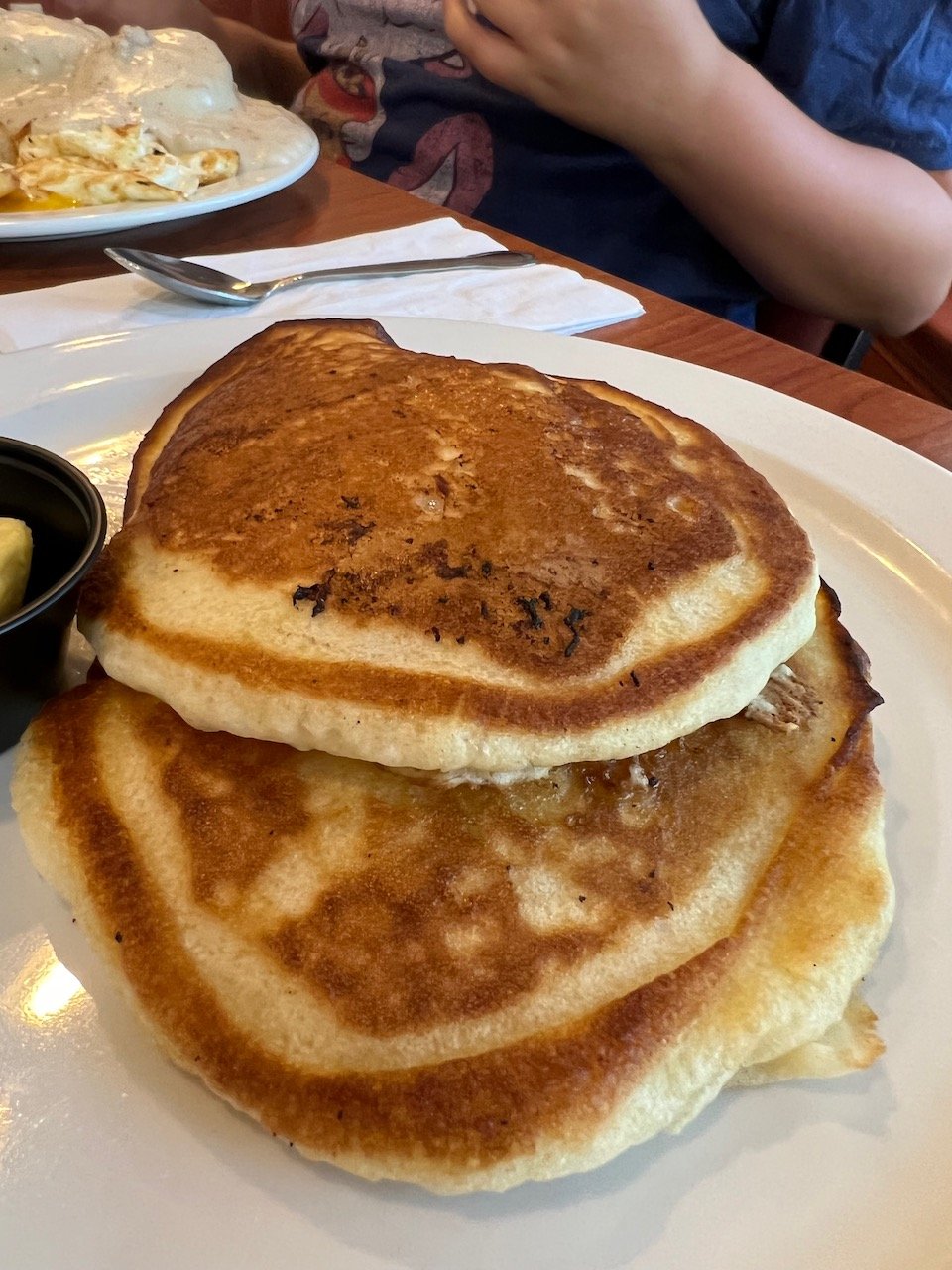 Plus some nicely done pancakes… 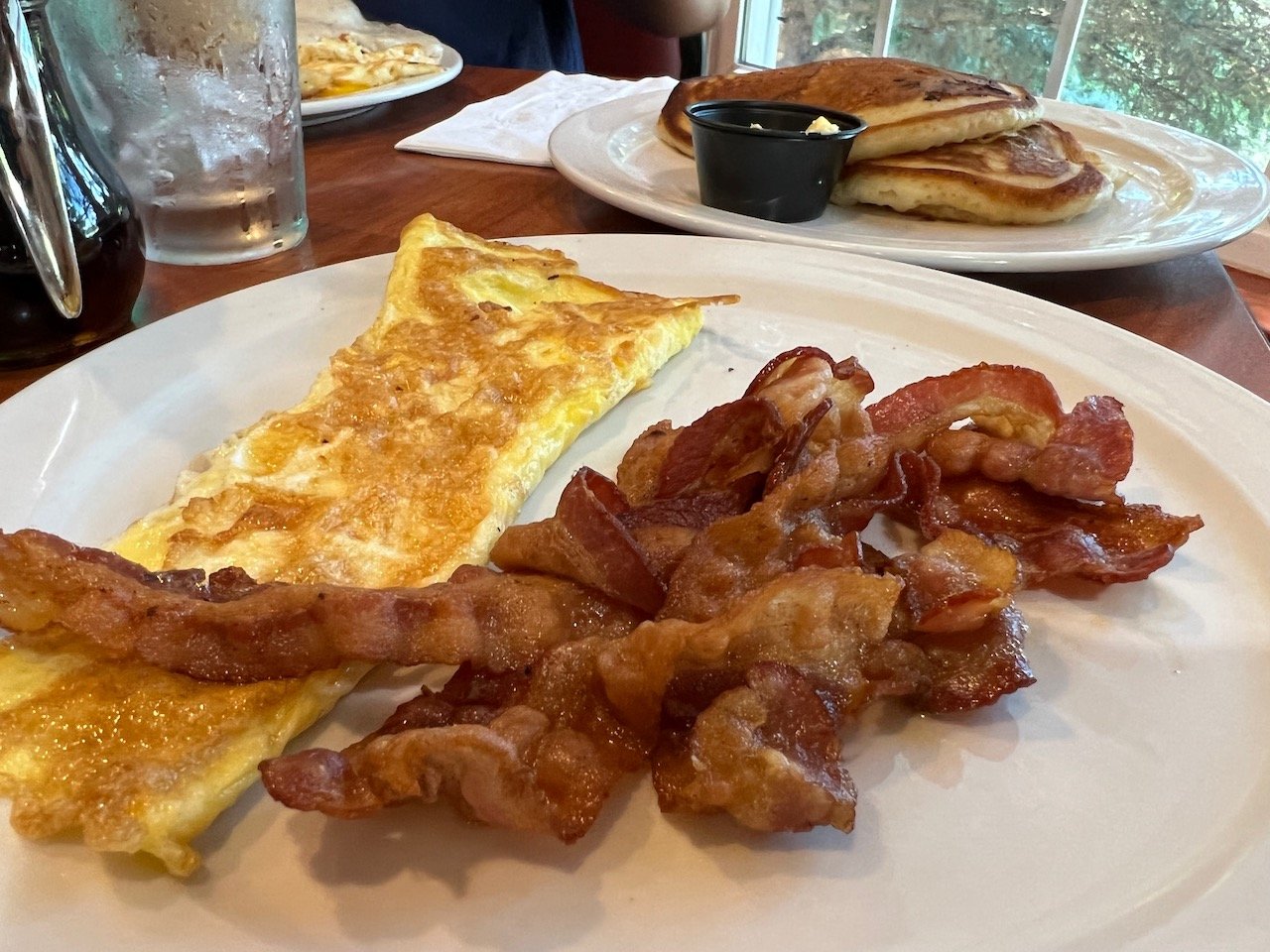 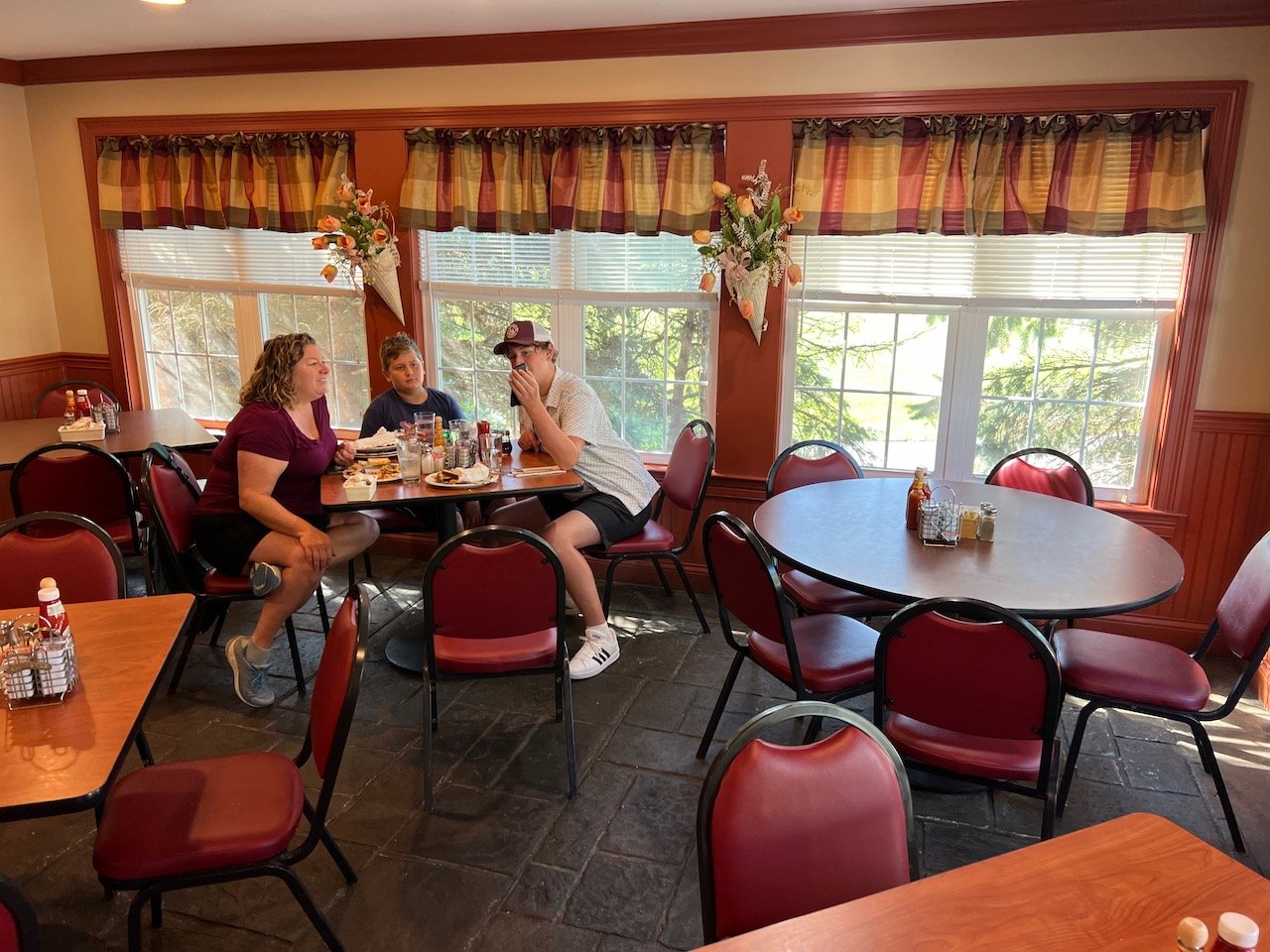 We’re very glad to have finally made it to Hellas! I get what all the fuss is about. It’s a welcoming spot with hearty breakfasts, especially if you’re a fan of omelets.