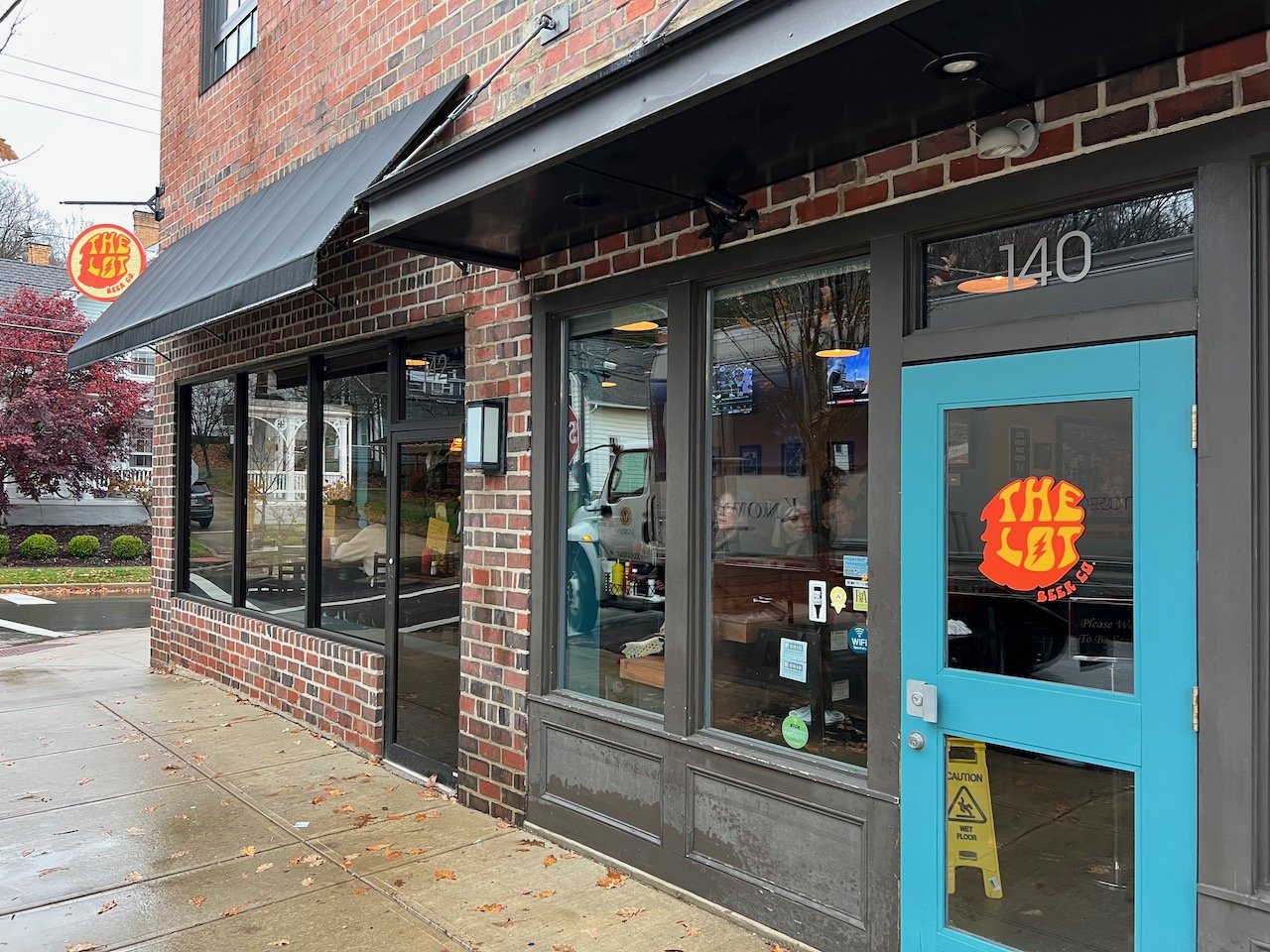 Downtown Granville just keeps getting cooler and cooler. Earlier this year Three Tigers Brewing made the move across Prospect Street to the old fire station. (Get a look at Three Tigers old space in Let’s Go to Licking County!) And now their old location has become the perfect complement: The Lot Beer Co., a colorful spot for beer, hot dogs, burgers, snacks, and arcade games! 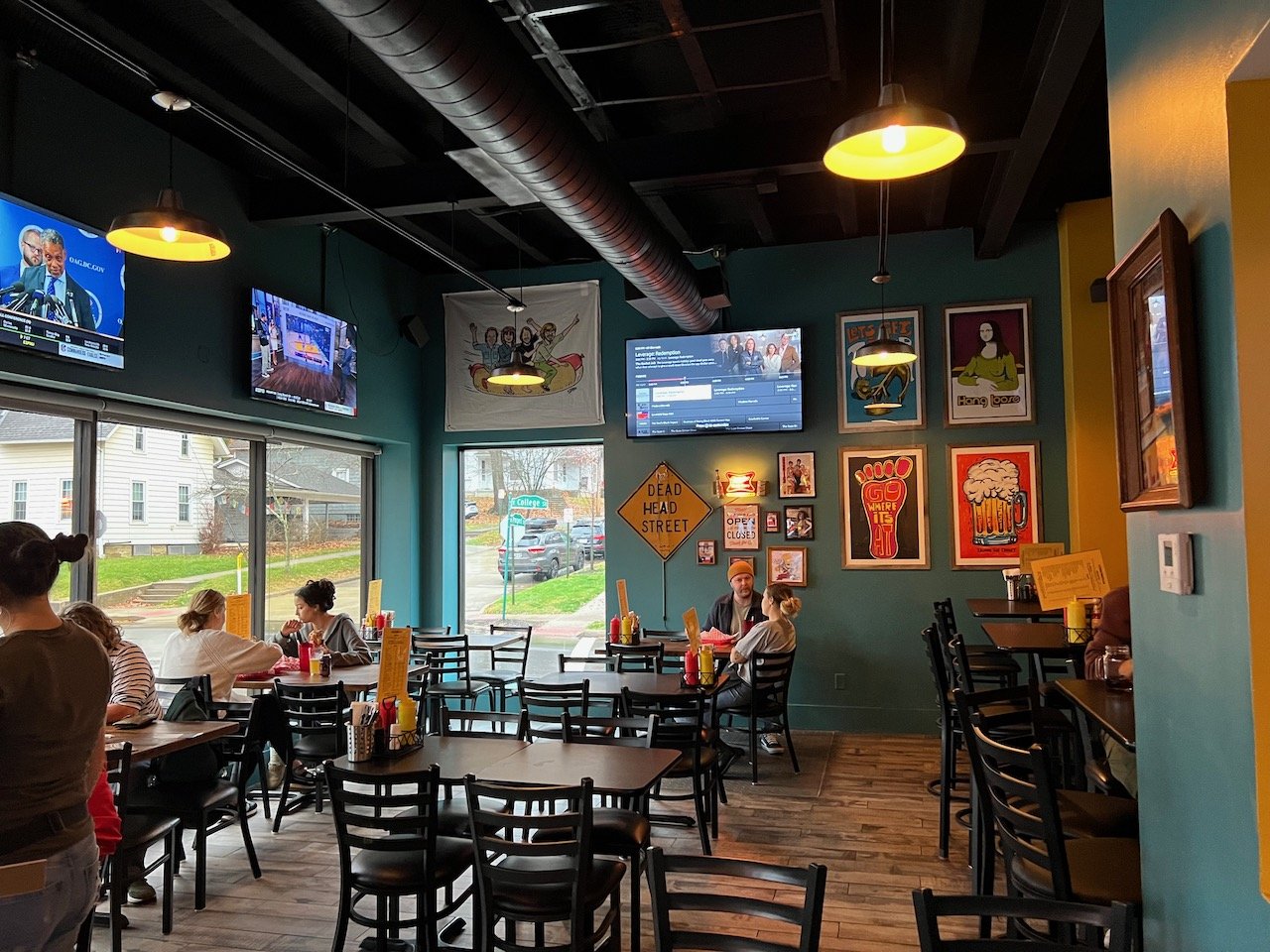 Overall, The Lot’s space features a delightful throwback vibe, hearkening back to arcades and hot dog stands many of us remember from our youth. It makes use of the big windows facing Prospect to bring in loads of natural light. Colorful posters (including some nods to Phish) and TVs cover the walls. 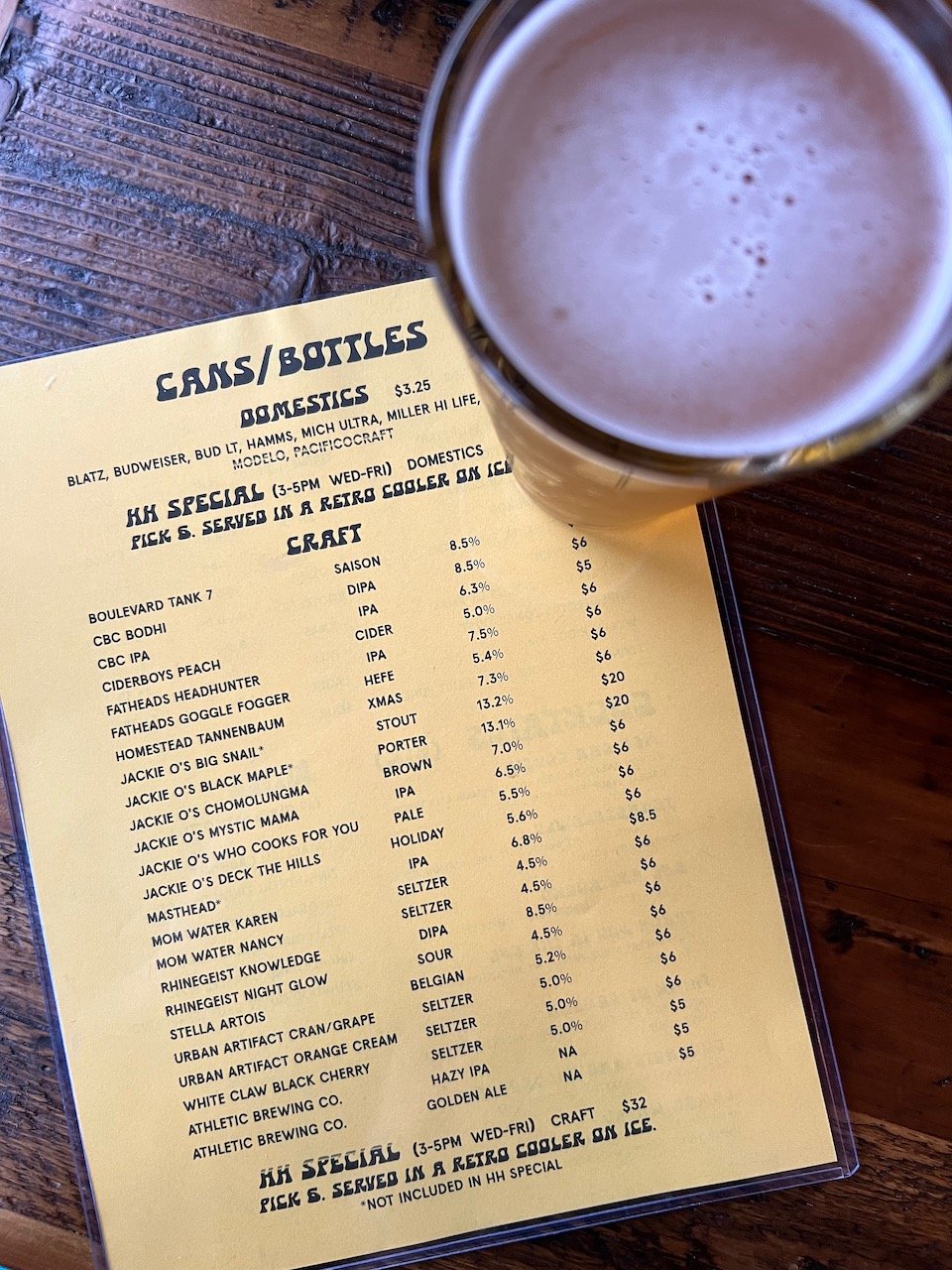 Note the happy hour special (Wed-Fri, 3-5 p.m.) where you can pick six beverages and they’re served in a retro cooler on ice. 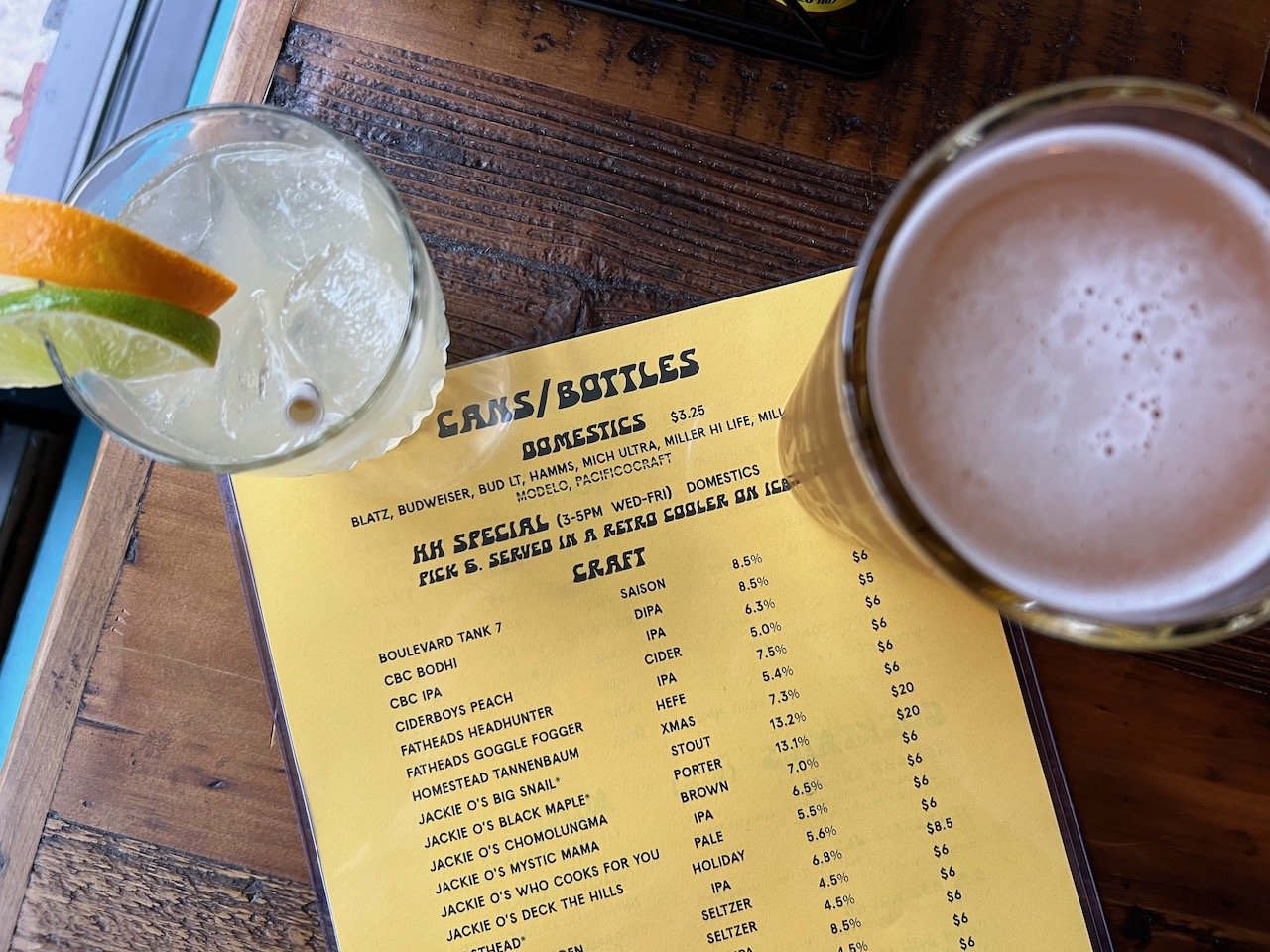 The Lot features a small collection of house-made beers, presumably brewed on the small system leftover from Three Tigers. I sampled the Goldeneye, a terrific house-made cream ale. It was light-bodied, a touch sweet, a perfect sipper. 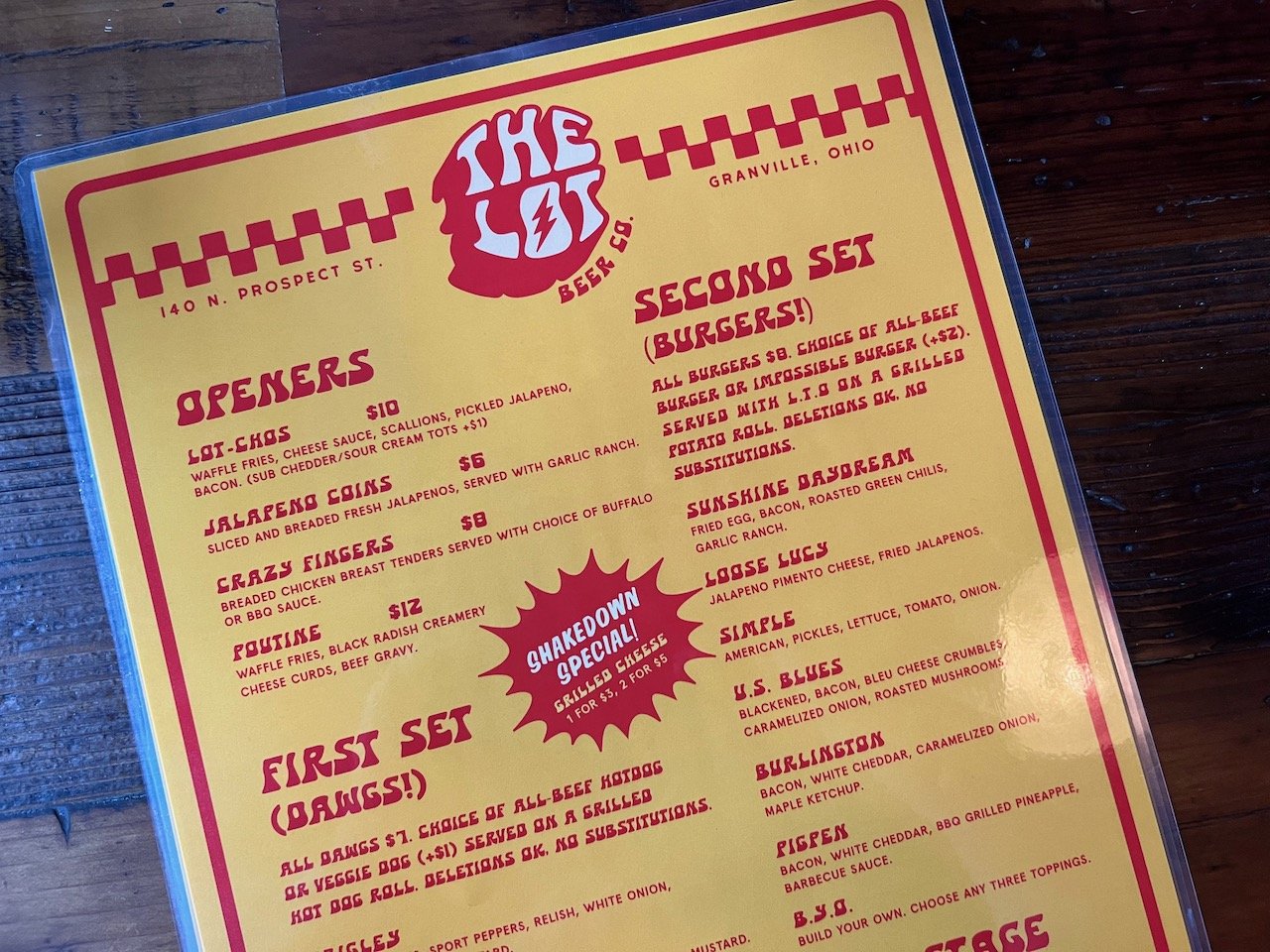 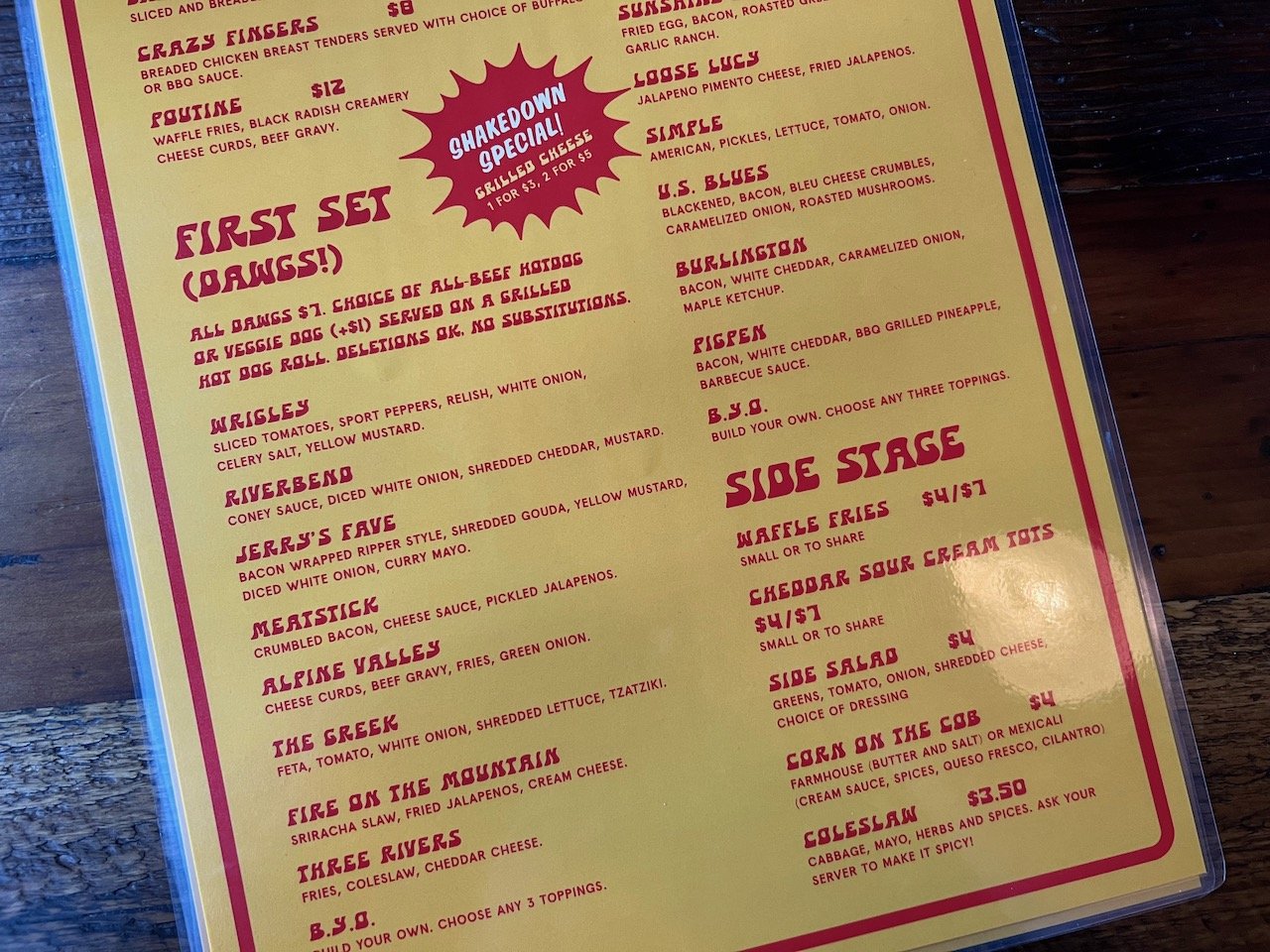 Each hot dog and burger is a nod to different regions: the Wrigley hot dog, the Greek, the Three Rivers (a la Primanti Bros in Pittsburgh), the Burlington burger with bacon, cheddar, caramelized onion, maple ketchup. 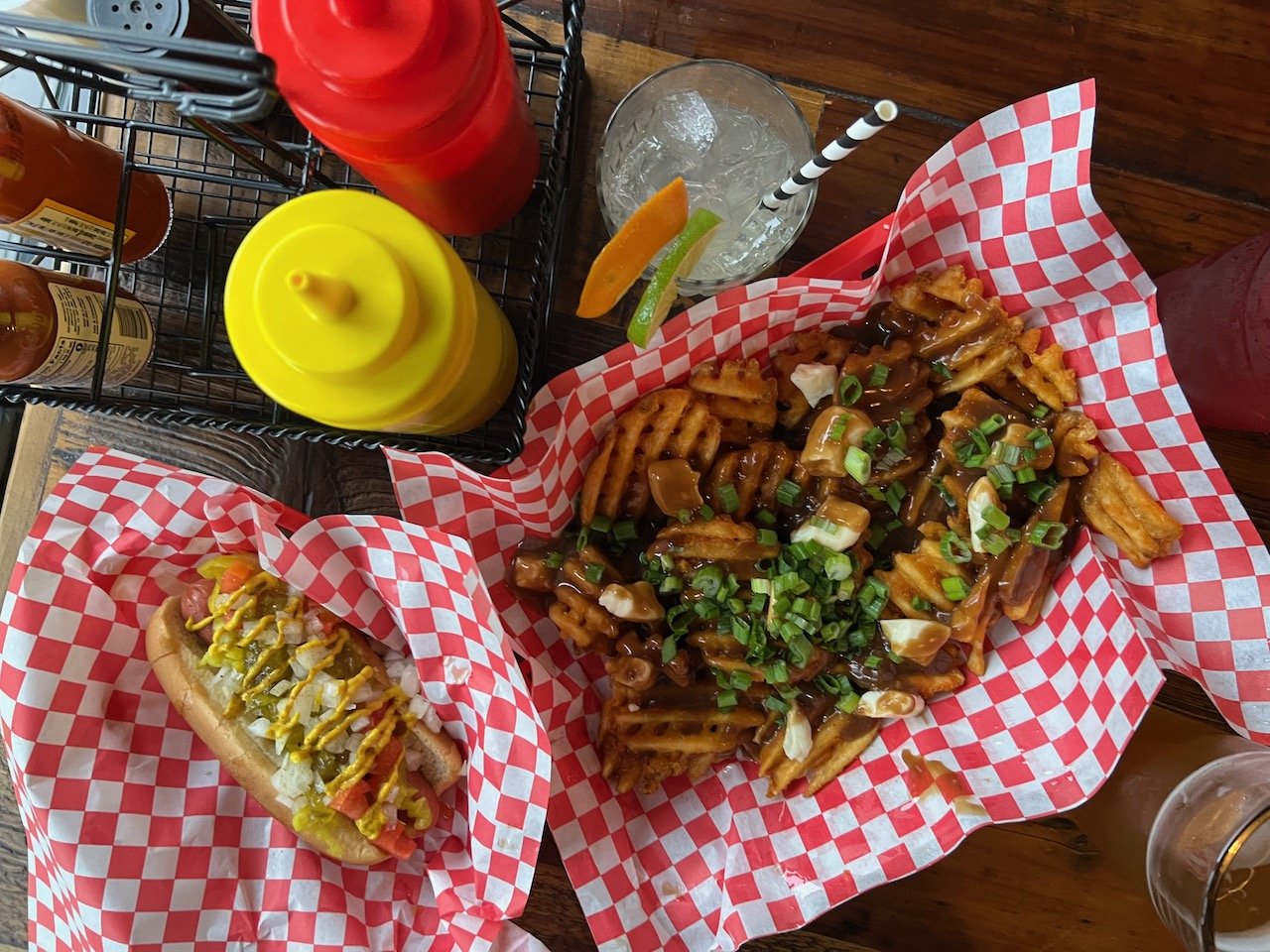 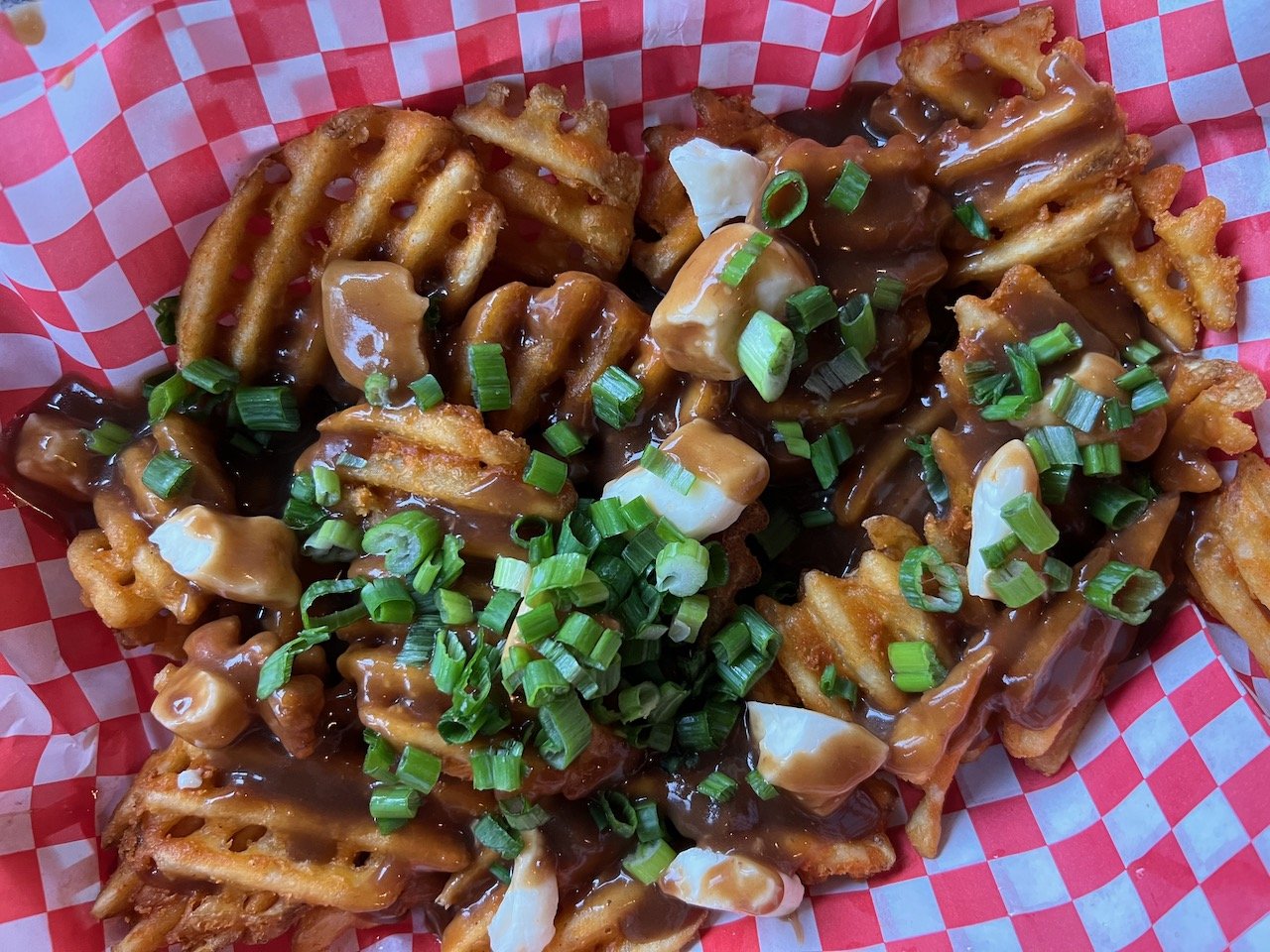 We ordered the poutine: crispy waffle fries topped with Black Radish Creamery cheese curds, a rich beef gravy. It’s everything you want in a poutine. 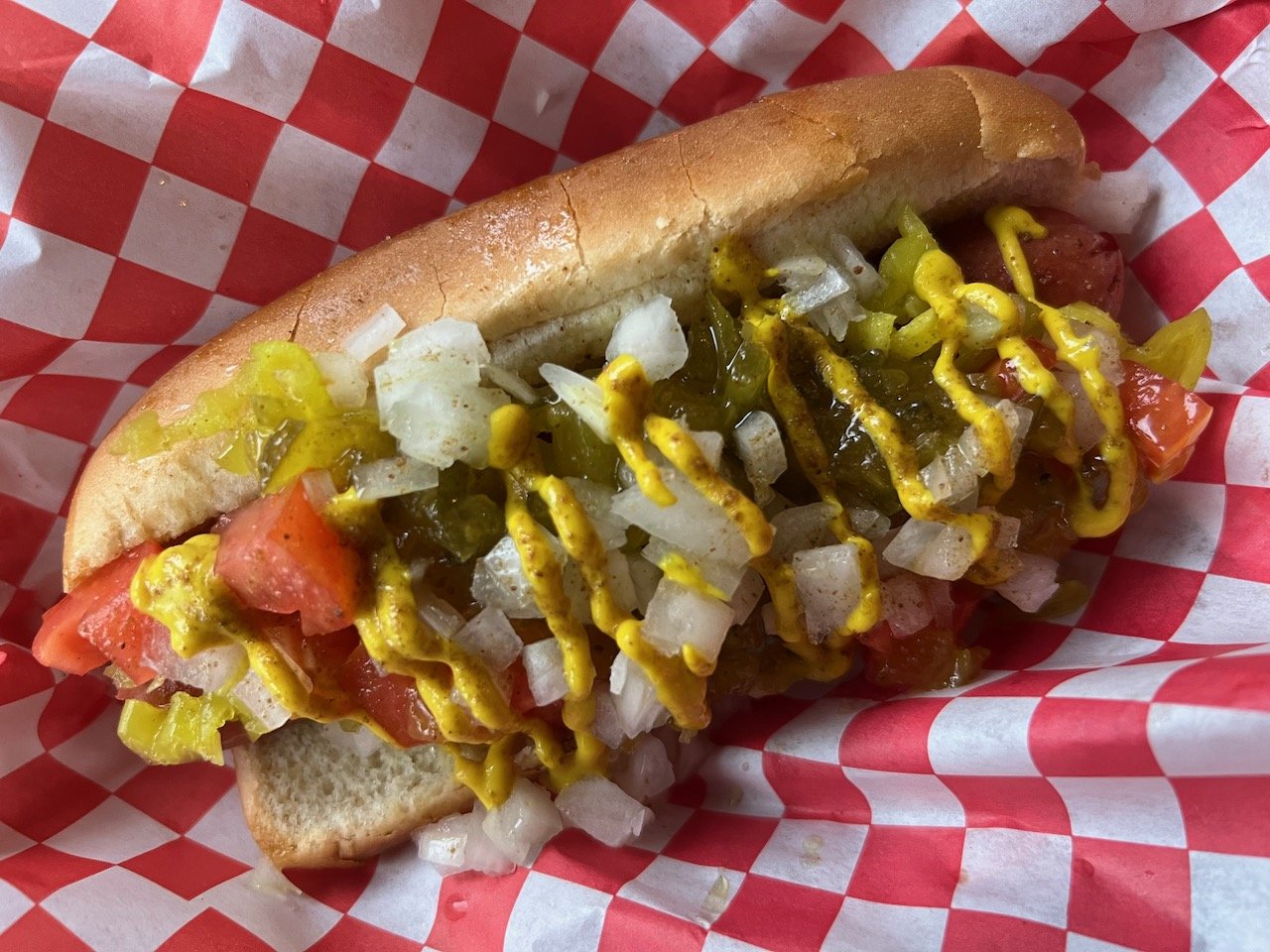 I was feeling in a Windy City mood, so it was the Wrigley for me. It’s their take on the classic Chicago dog: an all-beef hot dog served on a toasted bun with sliced tomatoes, relish, sport peppers, white onion, mustard, and celery salt. 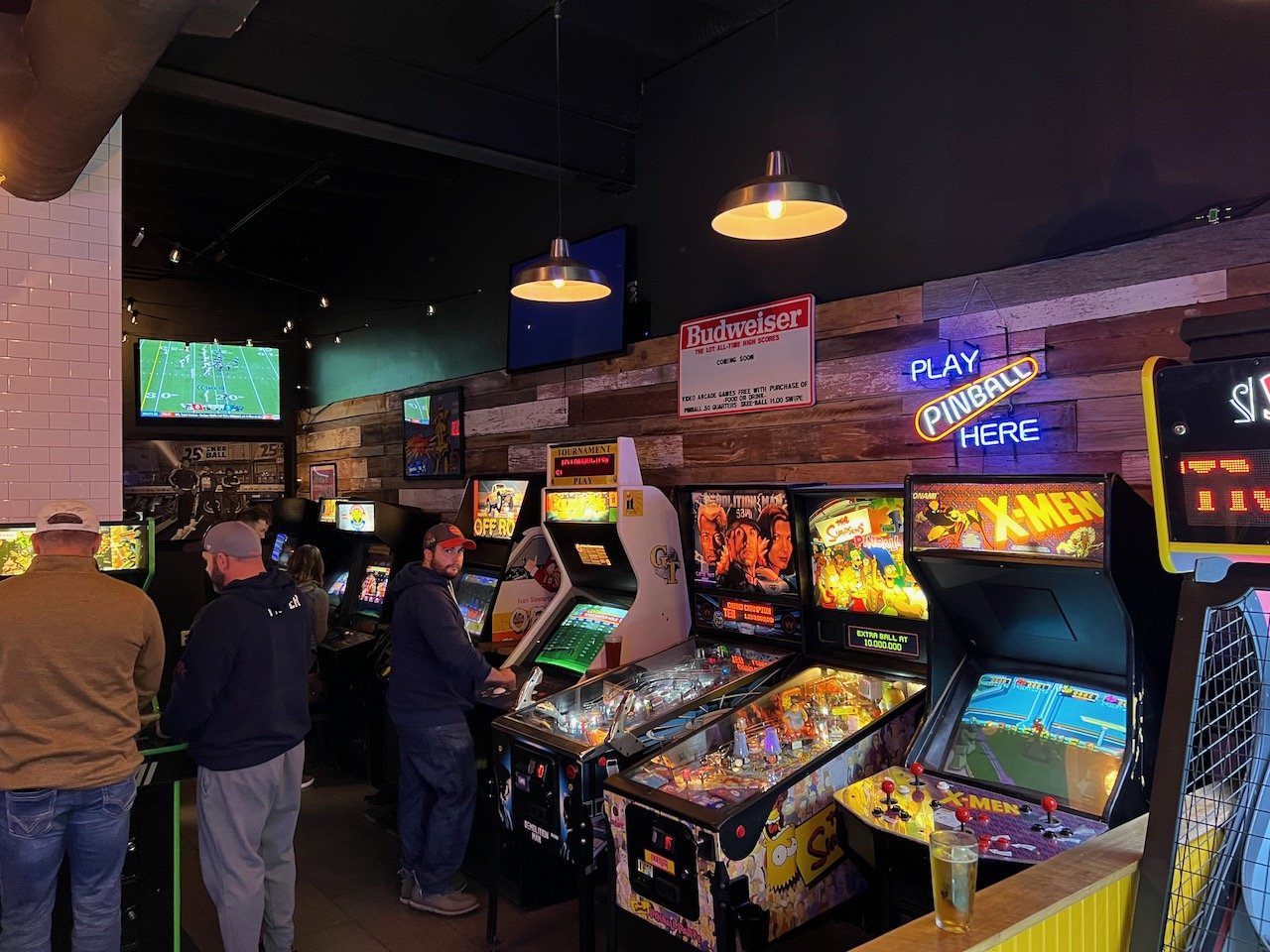 And if the food and beer wasn’t enough reason to visit The Lot, they’ve filled the side space (formerly Three Tiger’s dining room) with arcade games. It’s pretty packed in there, but you’ll find classics like X-Men, Pac-Man, Off Road, The Simpsons… 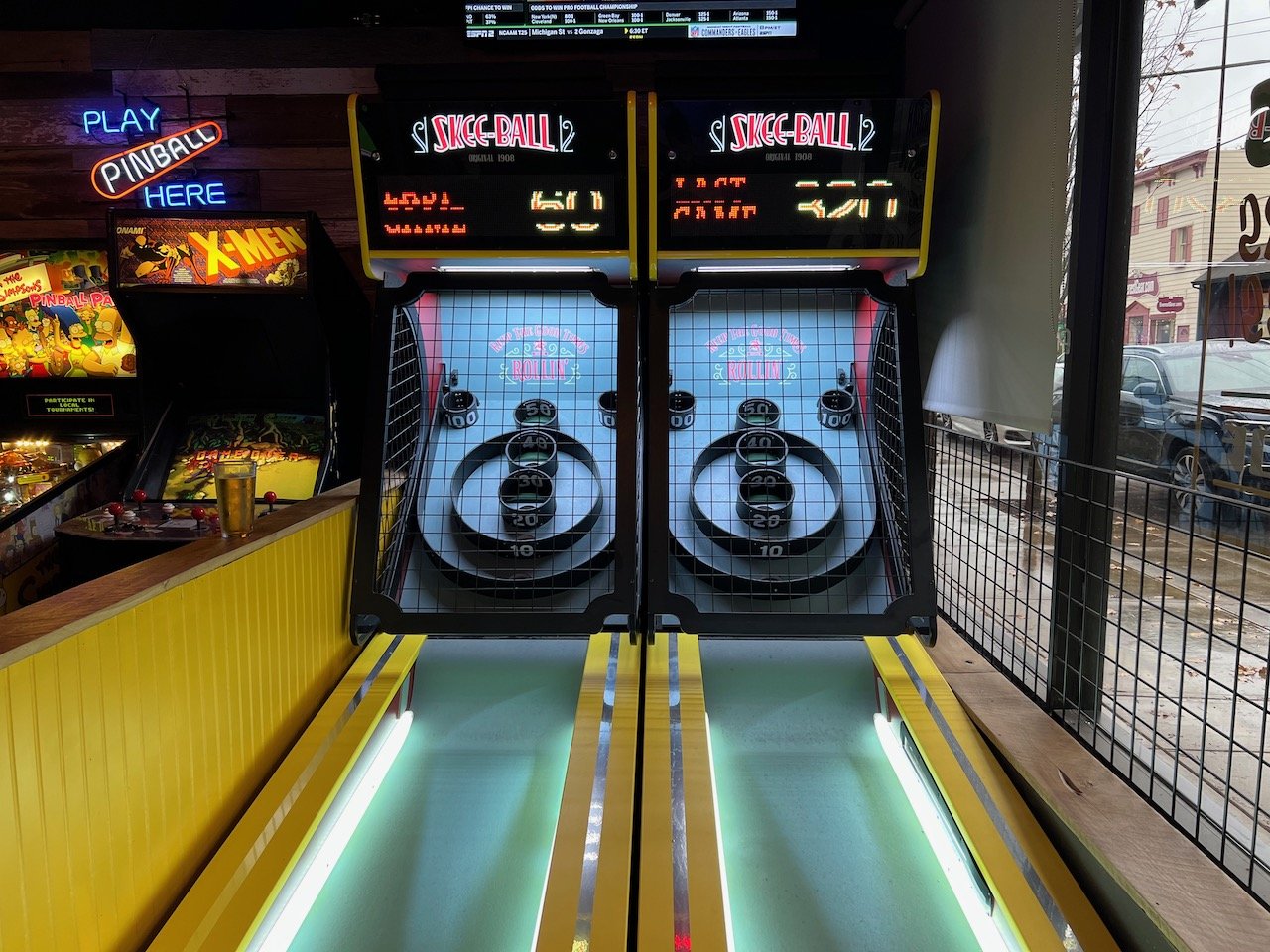 …plus pinball machines, a couple Skee-balls. I have to brag that, after years of playing Skee-ball, I finally sank a ball into one of the 100 slots in the upper corner. It was beautiful; wish I got it on video. 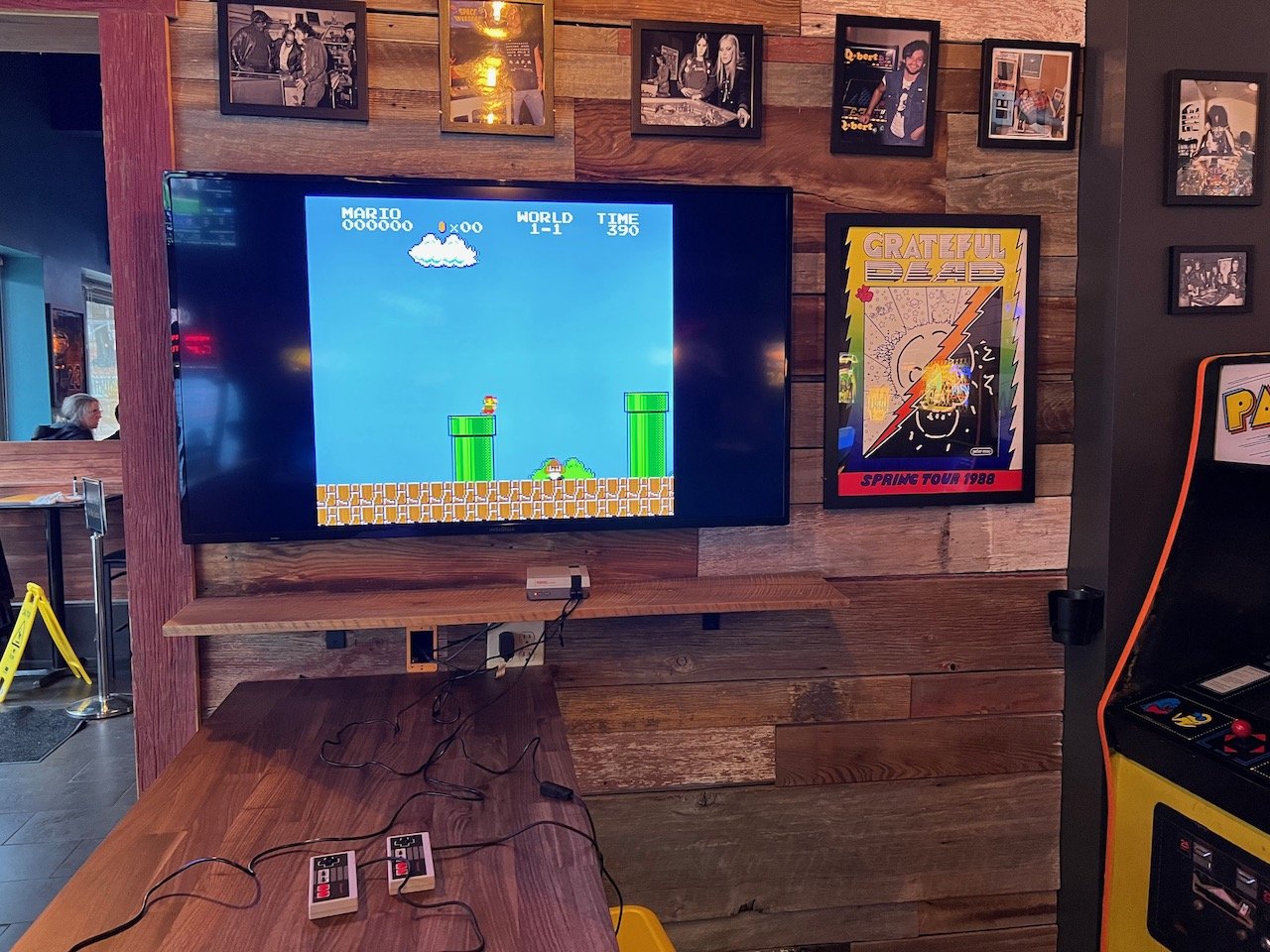 They also feature a modern NES system with some Super Mario Bros. loaded up. 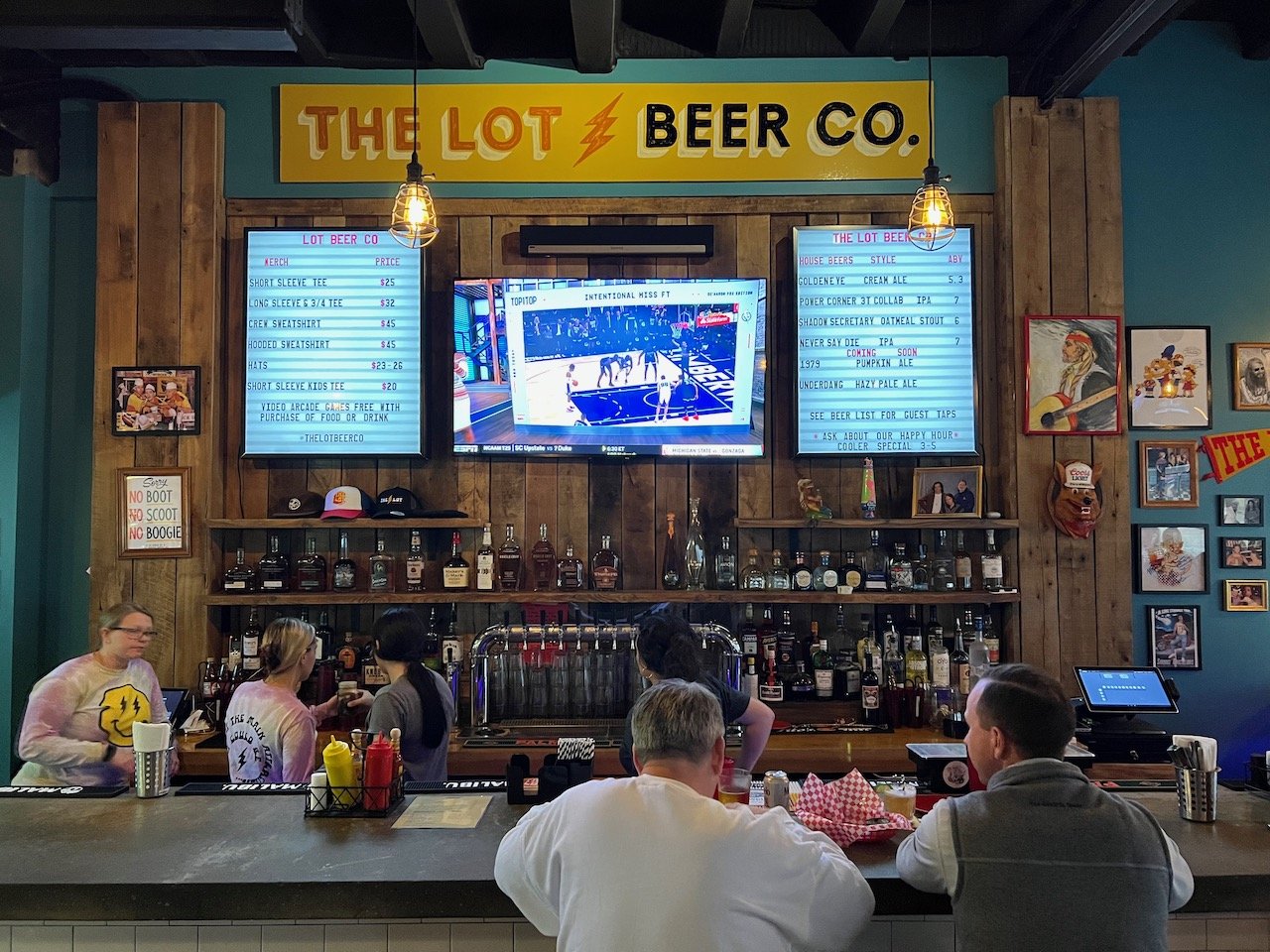 There are plenty of reasons to visit The Lot – the food, the beer, the cocktails, the games – but I think it’s especially exciting to have it across the street from Three Tigers. I can see spending an evening or afternoon going between the spaces to enjoy creative drinks, food, and games.

The Best Chicken Marinade Ever