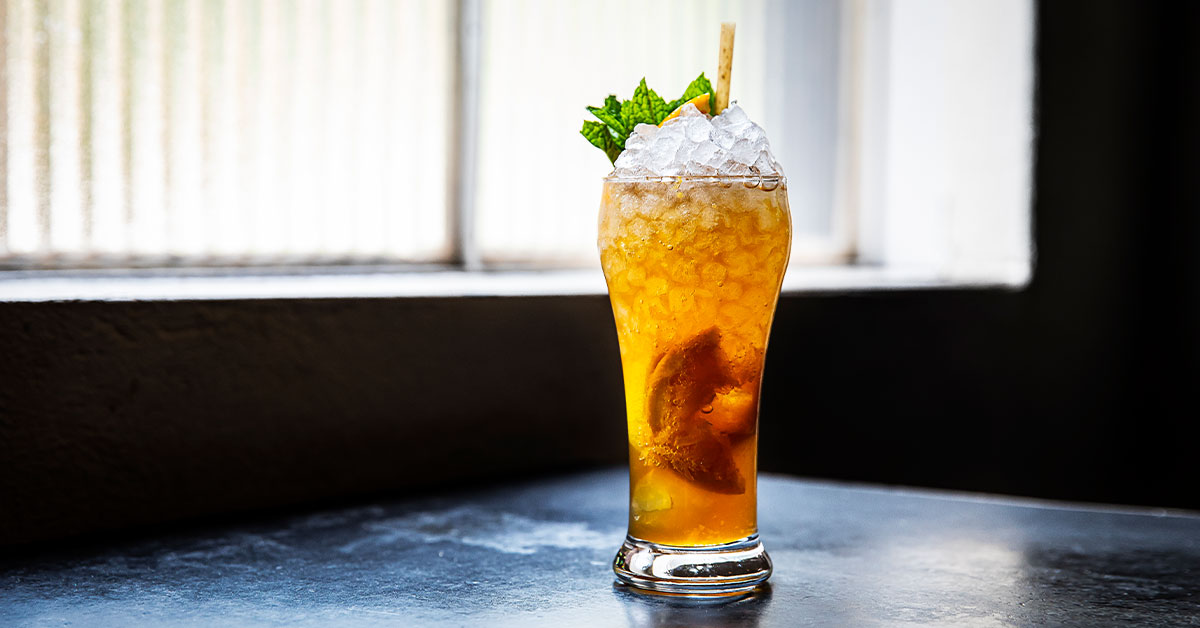 “What Is a Sherry Cobbler?” asks Brantz Mayer in an 1840 edition of The New World weekly. His answer: “the greatest ‘liquorary’ invention of the day.” Indeed, the simple combination of sherry, sugar, ice and fruit was so ubiquitous in the 19th century that it launched its namesake three-piece shaker, “cobbled” ice and the straw into popular consciousness. Today, however, the simple Sherry Cobbler has remained a relative obscurity—rarely called for, and hardly ever on a cocktail menu.

But, while the drink has yet to experience the meteoric rise of its pre-Prohibition brethren like the Martini or Old-Fashioned, the Sherry Cobbler has a lot going for it. It is, in some ways, a very modern cocktail—low-ABV, easy to make and highly adaptable to personal taste, thanks in part to the diversity of its two signature ingredients: sherry, which runs the gamut from bone-dry to indulgently rich, and, well, fruit.

Anticipating, or at least hoping, that any day now the drink will ascend the cocktail ranks, we recently sat down at Grand Army in Brooklyn to sample through 10 Sherry Cobblers submitted by bartenders across the country. Joining myself on the tasting panel were Sarah Morrissey (formerly of Ernesto’s), Frank Caiafa (author, The Waldorf Astoria Bar Book), Brendan Biggins (of Grand Army) and Punch editor-in-chief, Talia Baiocchi. Mixing the drinks for us was Robin Guzman, of Death & Co. and Raines Law Room.

Quite quickly, it became evident that the drinks faring best were those that recognized the Sherry Cobbler’s greatest asset: its simplicity. “To overcomplicate this drink goes against what this drink is all about,” said Morrissey. To get it right meant letting the fortified wine shine through, brightened by fresh fruit and mellowed by the bartender’s sweetener of choice, which ranged from cinnamon- to fig- to pineapple-flavored. “The Sherry Cobbler to me is about how the sherry presents in the glass,” explained Biggins. Amontillado was the sherry of choice for most, which Biggins described as a “down the middle” selection that would satisfy the majority of cobbler drinkers. Manzanilla was the second most called-for style, sometimes deployed in combination with amontillado for a slightly brighter base.

Taking the top spot was the archetypal Sherry Cobbler of Alex Anderson, bartender at Takibi in Portland, Oregon. Her recipe builds on a three-ounce base of amontillado sherry (she prefers Bodegas Yuste Aurora) with rich Demerara syrup, combined with muddled lemon and two orange wheels, all garnished in typical cobbler fashion with a large mint sprig and seasonal fruit. “The weight is right, the flavor is right,” declared Biggins, echoing Caiafa, who noted after the first sip: “This is a Sherry Cobbler.”

Tying for second place were the cobblers of Dan Greenbaum, an early sherry evangelist and owner of the now-shuttered Diamond Reef, and Harrison Ginsberg, beverage director at Overstory. Both recipes lean on the bright acidity of raspberry and lemons, though Greenbaum relies solely on amontillado as the base, while Ginsberg opts for a medley of oloroso, PX and manzanilla sherries. Perhaps the biggest difference between the two was in the presentation, the latter opting to double-strain the mixture to catch all the “bits”—seeds, pulp and all. Of Greenbaum’s cobbler, Morrissey noted, “it has what I like about a Sherry Cobbler: light, bright and fruity,” while she deemed Ginsberg’s “the most crushable” of the bunch.

Taking third place was Chantal Tseng’s cobbler. A combination of amontillado and manzanilla sherries, the drink was perhaps the most sherry-forward of the winners, offering a subtle fruit note from a muddled orange wheel and a floral sweetness from chamomile-honey syrup. A beautiful garnish consisting of mint, berries and grated orange zest helped curry favor with the judges. After all, as Caiafa observed, “the cobbler is 80 percent presentation.” 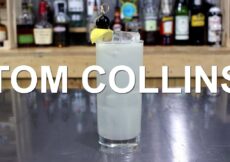 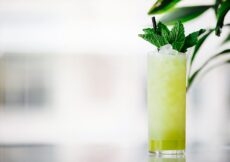 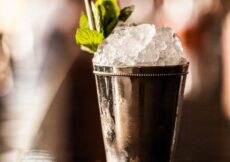