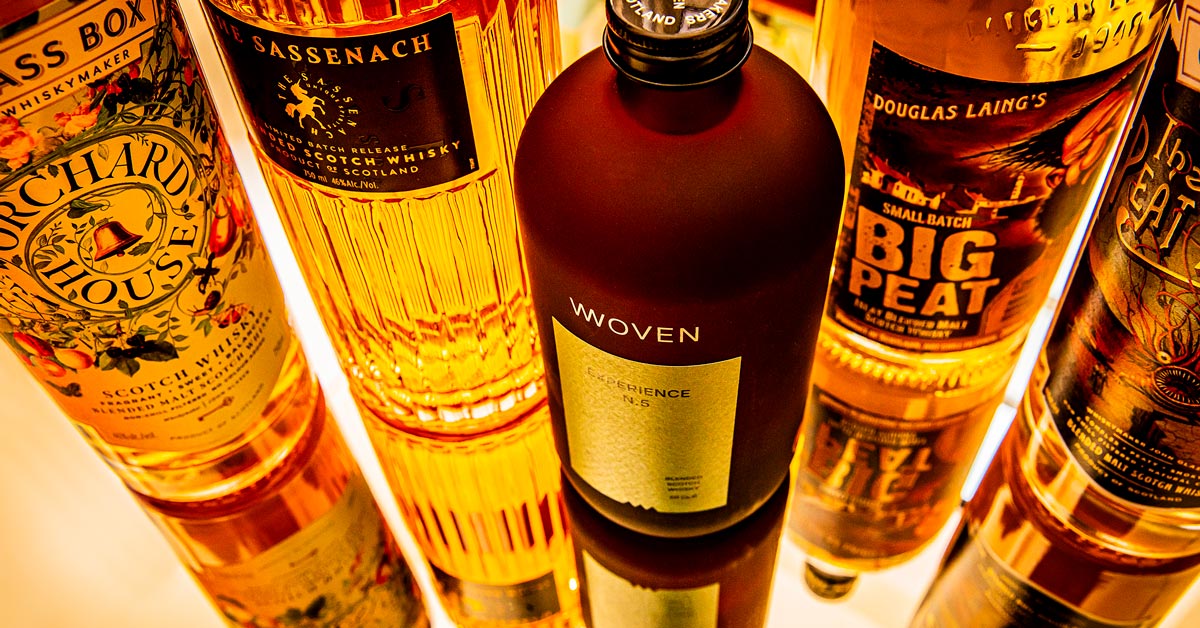 We’re living in the era of peak spirits innovation. There are terroir-driven rums from every longitude, carbon-neutral vodka distilled from discarded coffee fruit, small-batch mezcales made from wild agave species and amari for every mood. But one node of drinking has proven thus far to be largely free of the trappings of modernity, existing in a sort of liminal, forgotten space: blended Scotch whisky.

The current market for blended Scotch (a mélange of grain and malt whiskies from different Scottish distilleries, bottled and aged in Scotland) looks like nothing so much as a history museum, dominated by long-standing brands like Johnnie Walker, Buchanan’s, Ballantine’s, J&B and Chivas (my grandfather’s favorite). The energy and excitement around Scotch as a spirits category in the 21st century have instead been driven toward single malts, particularly among connoisseurs. Blended Scotch may still sell (one oft-repeated statistic holds that 90 percent of Scotch sales worldwide come from blends), but it’s losing sales ground among engaged consumers. Single malt sales have risen meteorically in America, accounting for 23 percent of the consumer market, up nearly double from 10 years ago. (In 2021, worldwide sales of all Scotch topped £4.5 billion—about $6.2 billion—per the Scotch Whisky Association.)

Blended Scotch is also losing mindshare. In 2018, when The New York Times convened a tasting panel to evaluate around 20 of the leading legacy brands in the blended Scotch category, the group collectively deemed them an “afterthought.” Unenthusiastic press and the loosening of a category’s grip on sales often precedes a rethink, and that is precisely what is happening in the blended Scotch category: Its status as an afterthought has allowed for freedom and experimentation to bloom, slowly but surely, into a moment for contemplation and reconsideration.

This arguably begins in earnest with Compass Box. “We are fighting, and very happily I might add, what I call the ‘single malt hegemony,’” says John Glaser, founder and CEO of the London-based brand. Glaser’s story is a familiar one to Scotch watchers: A former Johnnie Walker marketing guy with a background in the wine industry, Glaser launched Compass Box in 2000 as a direct response to the intellectual lull in the world of Scotch blends. His fight might appear Sisyphean at first, a fact Glaser readily concedes: “Many think that blending is somehow inferior to single malt, but with blending we’re able to be so creative, to take components from different distilleries and create something unique. It’s our art.”

Today the brand is a rousing success story, and offers a potent counterpunch to the dominant narrative of blended Scotch as a dead language. Particularly successful is the visual vocabulary Compass Box has established, a Technicolor gallery of vivid bottle and packaging design feeding the brand’s growing, cultish following, which it has established via limited releases and library bottlings. In 2015, Bacardi took a minority stake in Compass Box, and today the brand, which is based in London, employs a small team of “whiskymakers” (Glaser’s own linguistic invention for the role of a blending master) and can be found in liquor stores around the planet, often given shelf space alongside the single malts. “We’re not trying to take over the world, and we’re not trying to vie with Johnnie Walker or the rest,” says Glaser. “We’ve got our own little niche.”

Compass Box is not the only brand making innovative, thought-provoking blended Scotch.

Newer to the scene is Woven Whisky, a new blended Scotch brand based in Leith, a neighborhood of Edinburgh with significant history in the whisky trade. The brand launched in 2020, operated by a group of five drinks industry veterans as a sort of “whisky startup,” according to co-founder Duncan McRae. “We’re self-funded for now,” he says, “exploring, learning, and seeing what really works.” The brand’s eye-catching, minimalist bottles, designed by noted Scottish firm Freytag Anderson, evoke apothecary functionality (or perhaps a bottle of Aesop) not as a series of blends, but rather, “experiences”—more on that in a second.

Woven, like Compass Box, has sought out well-made aged grain whiskies to balance out the single malts in its blends, and has no allegiance to what McRae calls “the single malt mafia”—by which he means drinkers, collectors and industry vets whose fealty to single malt Scotch hasn’t left much room for blends. Each of Woven’s releases thus far (they’re on Experience N.6 as of March 2022) are inspired by real life in Leith: the historic blending floors, many of which are now abandoned, but also long walks through the nearby villages and forests. Every bottle of blended Scotch sold by Woven tracks flavor experiences along a spectrum, from “Fresh” to “Exploratory,” and includes photos of the specific locales that inspire each bottle. For N.5, members of Woven’s small team are photographed sitting beneath a bridge, surrounded by verdant forest, on the banks of a picturesque Scottish river. There is an urbanity to the image (they are dressed in city clothes), but also a dappled brightness, evocative of great gulps of green fresh air, and damn if you can’t taste it.

There is an energy to Woven that speaks to where the product category could, perhaps, be headed—that is, toward a wider resurgence and a generational reconsideration. This is also evident in brands like SIA Blended Scotch, a Kickstarter-backed, woman-owned company that has a unique stylistic voice in the wider world of whisky; Big Peat, an all-Islay blend from an old industry house, Douglas Laing, whose cartoonish iconography and special-edition releases evoke craft beer drops and collectible geek culture; and The Sassenach, a slick, premium blended Scotch with celebrity backing.

Quietly, verily, there is a resurgence happening in blended Scotch, driven by product quality and innovation, yes, but also its status as both a sales behemoth and cultural underdog. “Blends were historically about bulk and consumption and consistency,” says McRae. “More premium expressions of everything—that’s the future of booze.”

Compass Box Orchard House
A new release from Compass Box, Orchard House represents a leap forward for the whisky-making brand. “This is the first whisky we’ve made where 98 percent of it we laid down ourselves; we went to distilleries we like, supplied the casks and had control,” says Compass Box founder John Glaser. The end result unites spirit from single malt makers like Clynelish, Linkwood and Caol Ila for a blended malt whisky that’s impressively complex and nuanced, soft and fruity, but with just a whisper of peat, like grilled peaches or the pit of a pluot.

Woven Whisky Experience N.5
Inspired by long lockdown walks through the forests outside Edinburgh, Woven’s Experience N.5 is a lucid introduction to the brand’s style. Fragrant, slightly herbal and subtly sweet (thanks to marrying time in a tawny port cask), it is an adaptive spirit, making for a great highball with a twist of lemon, or a predinner aperitif on its own.

SIA Blended Scotch
Another relative newcomer on the scene, entrepreneur Carin Luna-Ostaseski’s SIA launched via Kickstarter in 2012 and is today part of Diageo’s “incubator brand” program. Much of the malt used in SIA comes from Teaninich, in the Highlands, but there’s Islay and Lowland malt and grain in the blend as well. This bottling walks a fine line between blended Scotch tradition and a new modern approach, with accessible notes of caramel and honey and a lengthy finish.

Big Peat
Launched in 2009 by independent bottlers Douglas Laing & Co., Big Peat differentiates itself immediately from the rest of the blended Scotch shelf via cartoonish, evocative label art. (It’s also a technically a blended malt Scotch, meaning Big Peat contains no grain whisky.) In the years since, Big Peat has developed a cult following, and the blend’s format has been adapted to include a broad range of special-edition bottlings, including several themed around holidays. The standard-issue bottling includes spirits from Ardbeg, Bowmore, Port Ellen and Caol Ila, each hailing from the iconic island of Islay. There are the classic Islay notes of tar and black licorice, but also summer fruit and a noted salinity.

The Sassenach
Launched in 2020 and led by Scottish actor (of Outlander fame) Sam Heughan, this is perhaps the most traditional of the new-wave blended Scotches, evoking the easy drinking and on-the-rocks sessionability of Chivas or Ballantine’s. A Madeira cask finish provides a dessert-like creamy sweetness. 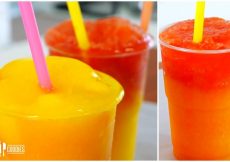 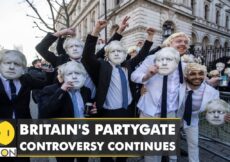 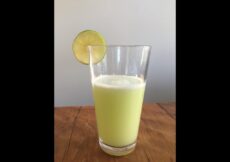