When “ginger” is mentioned in drinks, it’s often in reference to the topper that’s sweetened, bottled and fizzy enough to let out a satisfying swoosh with the turn of a twist-off cap. But if ginger rode into the cocktail canon on the back of ginger beer or ale, it cemented its place in the modern canon by way of ginger syrup.

The reason is simple: The spicy, hot, savory, pungent singularity of ginger can be wielded most potently when its fresh juice is combined with sugar and shaken with any spirit that dares compete with it. In a recent article for Punch on the bar world’s dueling ginger syrups, Nick Bennett sums up the modern predominance of ginger syrup thusly: “Ginger has always been one of those ingredients that draws attention… It’s also a flavor that’s turned up to 11 when you use fresh juice [in syrup form].”

There is perhaps no better example than the Penicillin, the ginger-laced Milk & Honey standard that set off an evolutionary event: It has since become the most riffed-on modern classic cocktail. It has also made ginger a favorite companion to the sour format, as evidenced by some of our favorite autumnal ginger drinks, like Natasha David’s Mountain Man (a peach- and ginger-spiked Whiskey Sour riff), Toby Cecchini’s Bergamot Sour or Chris Yamka’s Amoxicillin (a yellow Chartreuse–infused take on the Penicillin). All of these drinks call on a ginger syrup made from combining fresh ginger juice and sugar; if you’re following Sasha Petraske’s formula, it’s four parts fresh ginger juice to three parts sugar, whisked together. While juicing your own is always a bonus, you can purchase ginger juice from just about any place that is hawking fresh juice or smoothies. A little extra effort cracks open a whole canon of autumnal drinks. As John deBary notes of this method for creating ginger syrup: “Any drink becomes a ginger drink once you use this really intense stuff.” To that, we say, bring it on.

Of course, the particular punch of ginger is not relegated to the sour formula. If you’re a mule kind of guy, do as Aaron Polsky does in his Grapefruit Tequila Mule and take yours to the next level by subbing out ginger beer, and subbing in tequila. Or simply kick up the classic Dark ’n’ Stormy, Attaboy-style, by similarly swapping out ginger beer for ginger syrup and club soda. While it might seem like an unnecessary inconvenience, it’s a move strong enough to turn the bar’s version of the classic into an industry handshake. And, finally, let us not forget the cold-beating power of ginger: Add Angostura, ginger syrup and a heavy dose of bourbon to your hot water and you’ve got Simone Goldberg’s improved Hot Toddy, the One Hot Ginger. It’s a drink, like the others, that proves that a little bit of ginger goes a long way. 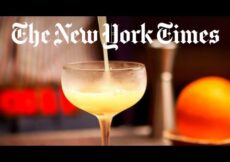 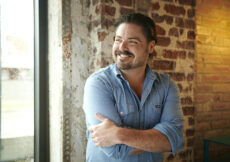 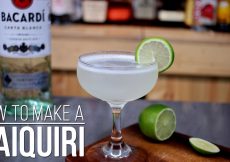