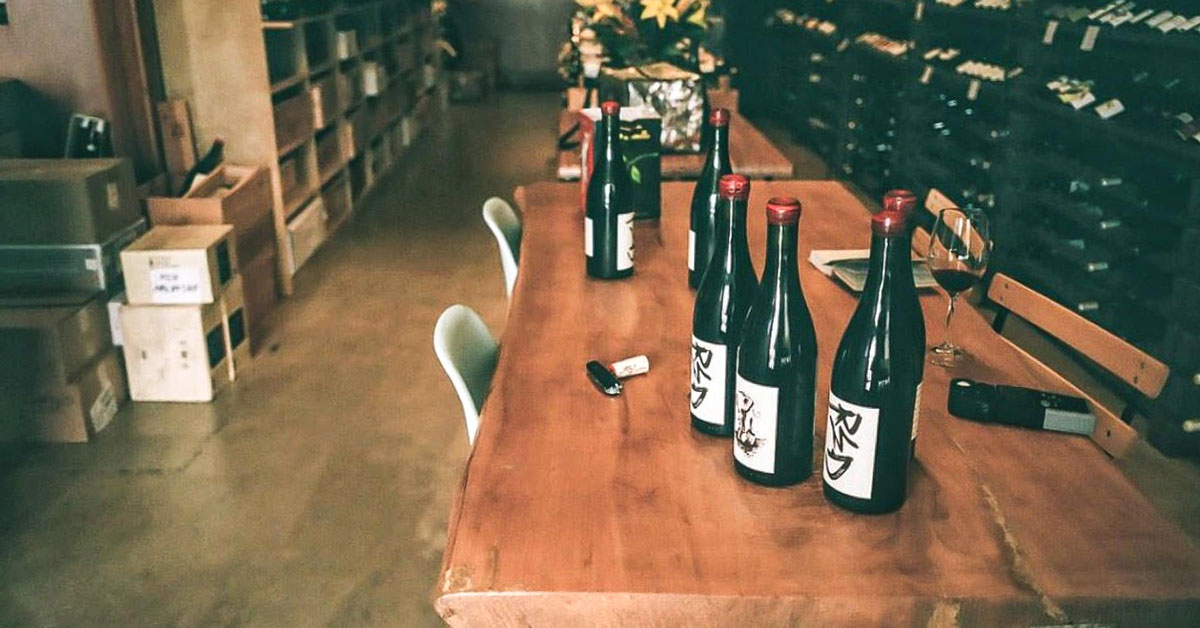 There’s an old Filipino proverb: He who boasts of his accomplishments will heap ridicule on himself. I’m reminded of it as I sit across from Alex Bernardo, the two of us nibbling on tinned fish and crackers as I try to get him to boast about his accomplishments.

We’re perched at one of the two tables inside his tiny wine shop, Vineyard Gate, located in downtown Millbrae, a San Francisco suburb known more for its high concentration of assisted living facilities than its thriving beverage scene. We’re surrounded on all sides by bottles, an overwhelming majority of which fall into the category of natural wine.

On the surface, Vineyard Gate is not unlike any of a hundred like-minded shops that have sprouted up over the last decade, except for one thing: It opened in 1998. As tempting as it is to imagine America’s low-intervention wine movement as being birthed by bearded Francophiles in the trendsetting boroughs of New York, the truth is that it just as likely began here, in a quiet suburban bottle shop run by a middle-aged Filipino guy and his wife.

“You have to give him credit, he was the first,” says Keven Clancy, co-founder of Farm Wine Imports in Berkeley, and an early West Coast distributor of legendary New York importer Joe Dressner’s natural wines. “You sometimes forget about Alex because he maintains such a low profile. He’s always gone about his business in the most quiet, modest way, never looking for the limelight. But he was there in the beginning.”

“I thought, if I’m passionate about these wines and people are importing them, then there must be an audience.”

I first met Alex and his wife, Amy, in 2009, when I relocated to Millbrae after the birth of my daughter. I stumbled into Vineyard Gate almost accidentally, its storefront dark and cluttered with boxes. I didn’t recognize a single wine, yet the space felt familiar, like the indie record shops I cherished as a kid, where the merchandise was a direct reflection of the tastes and passions of the merchant.

I kept coming back, and over time Alex and I developed an easy rapport. We’d talk about sports or jazz while I scanned the shelves. Eventually he’d recommend a bottle, something wild and delicious, made from grape varieties I didn’t know. I grew to trust Alex the way I trust the person who cuts my hair. He knew what I wanted, even when I didn’t have the words to ask for it.

Of course, the coded language that we now associate with natural wine didn’t exist when Vineyard Gate opened its doors in the waning days of the 20th century. “We had no way to talk about these wines,” says Alex. “Sourcing them was difficult enough. Once you got them, the real challenge was selling them.”

By early 2000, the Châteauneuf-du-Papes and German rieslings that crowded his shelves gave way to more obscure wines from little-known producers in the undersung appellations of France. Today, they’re considered some of the most highly sought-after bottles in wine, names like Yvon Métras, Clos Rougeard and Clos Roche Blanche. “I was selling Clos Roche Blanche for $16 a bottle,” recalls Alex. “Cases were piling up all over the shop. It got so bad that I had to take them to a storage unit.”

The early aughts were lean years for Vineyard Gate. This was the heyday of Parker scores and big-ticket Napa cabs. An obsession with Jura and the Loire Valley wasn’t exactly a recipe for success. More than once, Amy suggested closing the store, but Alex was determined. He’d given up a lucrative career as a business consultant in Silicon Valley, but, like so many of the winemakers he admired—who abandoned jobs in the city to revive neglected vineyards in the countryside—he felt a calling to do something different.

He attended a lecture by winemaker Michel Chapoutier, a charismatic producer from the Northern Rhône and a vocal proponent of biodynamic farming. “He was going on about birds and bees and microorganisms in the soil; people looked at him like he was nuts!” For Alex, it was a revelation. He immediately started hunting down wines from early biodynamic producers like Nicolas Joly, Stéphane Tissot and Marc Kreydenweiss. “I thought, if I’m passionate about these wines and people are importing them, then there must be an audience.”

He was right. By the mid- to late 2000s, natural wine was gaining traction on the coasts. Chambers Street Wines and Uva Wines & Spirits had opened in New York (in 2001 and 2002, respectively), followed by an explosion of wine bars, retailers and small importers proudly touting their organic and biodynamic selections. New faces from San Francisco and Oakland began visiting the shop, and wine reps were finally making the trek to Millbrae to check on Alex. 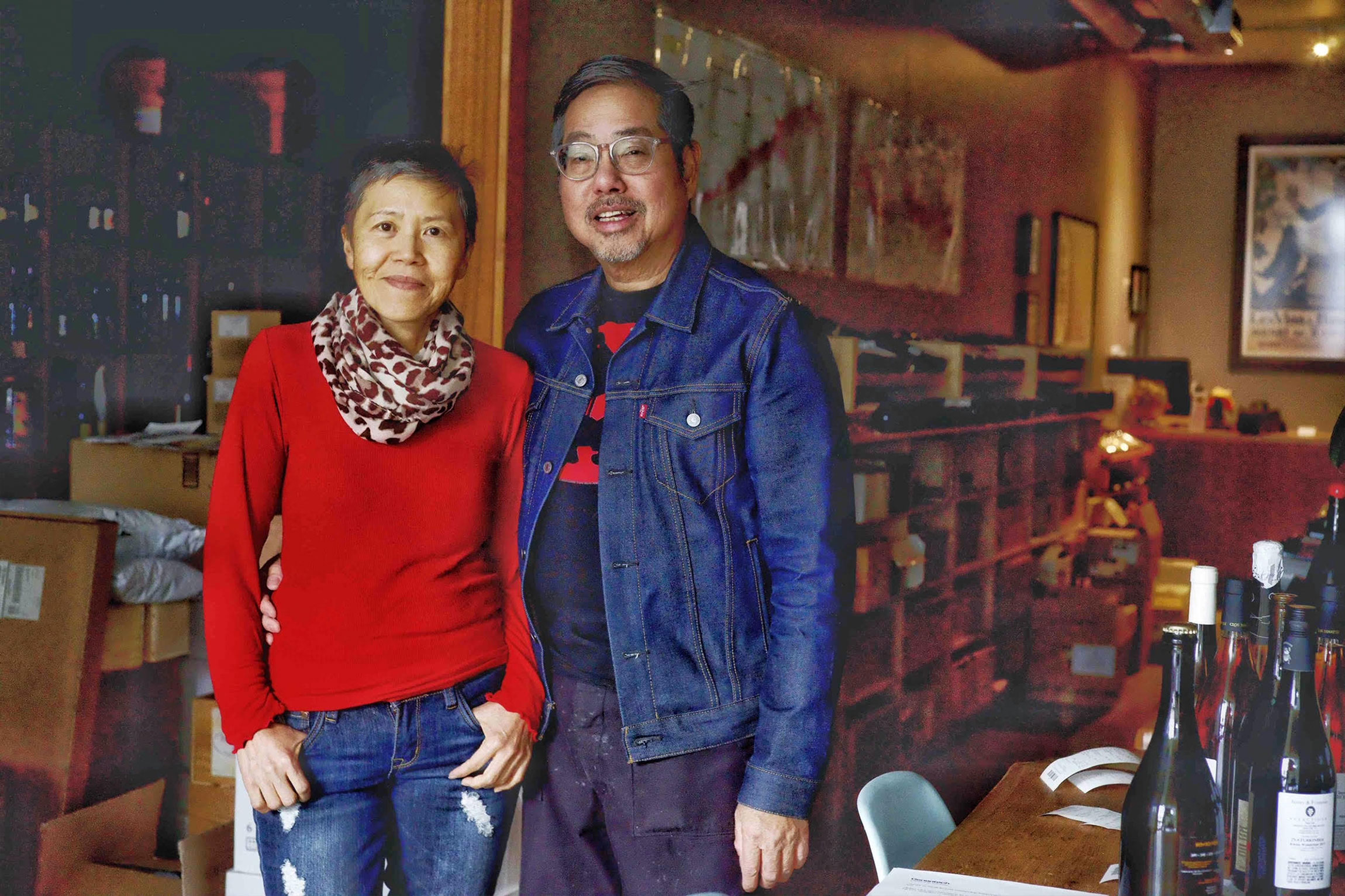 This is where I’m supposed to tell you that Vineyard Gate rode the wave into retail stardom. But movements tend to take on a momentum of their own.

As our thirst for natural wine grew, allocations stiffened. By 2015, some top producers were refusing to have their wines sold in retail stores, preferring instead that they be baptized in hip restaurants and wine bars. Sourcing inventory, always a challenge when dealing with tiny wineries, became increasingly difficult. Alex was forced to do what he’d always done: dig in and wait for the rest of the industry to catch up.

“One unusual thing about Alex is that he’s never worried about what he’s not getting,” says Clancy. “In these days of Instagram, retailers are very aware of what’s out there, and what they don’t have. But it seems like once a wine blows up and becomes hard to get, he’s already moved on to the next thing.”

Alex began seeking out bottles from upstart local producers, many of whom would go on to become California’s hottest natural winemakers—Brent Mayeaux of Stagiaire, Dani Rozman of La Onda, and Avi Deixler of Absentee. In some cases, Alex was the first person to write them a check.

“People like Alex are the unsung heroes of natural wine,” says Chris Terrell, a one-man importer who specializes in Georgian wines. “So many wine bars and wine stores pump their chests to remind you how cool they are, but Alex and Amy just keep quietly plugging away. There’s an honesty and decency about them that’s rare in the industry.”

“Bernardo was forced to do what he’d always done: dig in and wait for the rest of the industry to catch up.”

Six days after my interview with Alex, Amy, his partner of 33 years, passed away quietly in a nearby hospital. After years in remission, her cancer returned, this time more aggressively. Before she slipped into a coma, Alex pleaded with her to undergo radiation treatment to fight the disease. But in the end, he said, she chose the natural path.

When I swung by Vineyard Gate the following day, Alex wasn’t there. Behind the counter, a man with thinning hair and glasses pulled bottles from an open case. Beside him sat a dog-eared book on biodynamic winemaking. We got to chatting and he told me that he’d spent the last two decades grinding out a career as a computer engineer in Silicon Valley. By the time the pandemic hit, he’d had enough. He quit his job and was looking to do something with wine. In return for helping out around the shop, Alex had promised to show him the ropes.

Before leaving, I asked him to recommend a bottle. He pondered the question for a moment. “Oh, how about this?” he said, holding up a dry white wine from Armenia, made with extended skin contact and aged in clay vessels, the way wine has been vinified for thousands of years, all the way back to the Neolithic Age. “It’s brand new.” 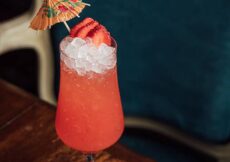 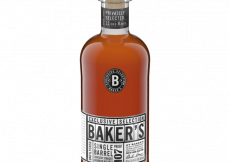 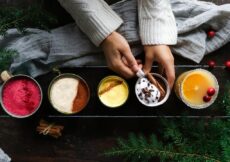 The Best Ryes for Mixing, According to Bartenders