Over the past few years, carrot cake has become my favorite cake on the planet. I love that it’s packed with spices, super moist, full of incredible flavor and plenty of texture thanks to carrots, coconut, raisins and nuts.

Where my carrot cake lovers at?!

As most of you know, I LOVE baking cake recipes for special occasions: paleo chocolate cake, tahini chocolate chip cake, my strawberry shortcake cake and my peanut butter banana cake are just a few of my favorites.

So I thought to myself, why not make a healthier, paleo-friendly and gluten free carrot cake that’s absolutely perfect for spring time and especially Easter. To make it healthier, I used natural unrefined sweeteners, grain free nutrient-dense flours and a few other special ingredients to keep it deliciously moist and true to the carrot cake flavor we all know and love.

This is truly the BEST healthy carrot cake you’ll ever eat! 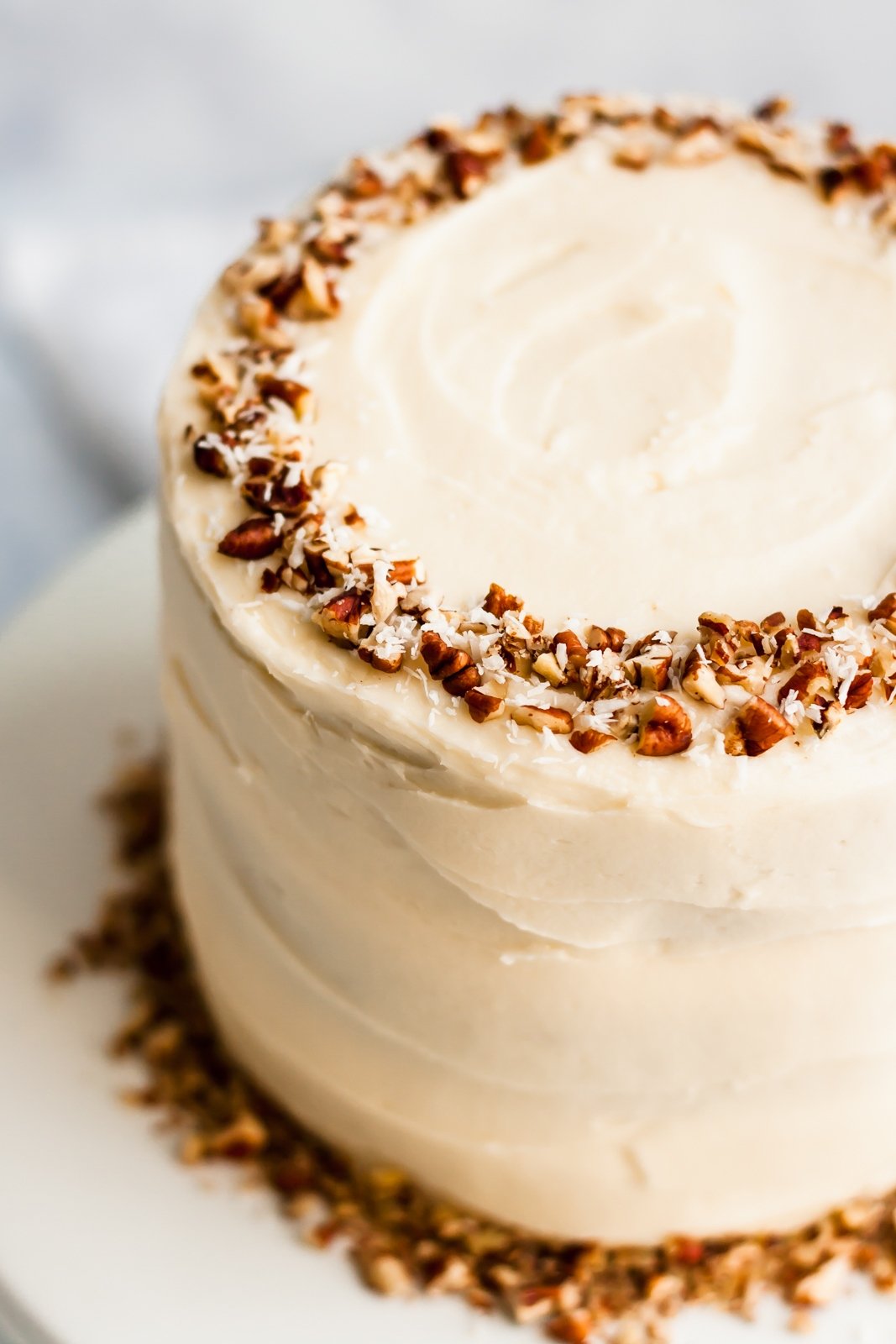 How to make paleo carrot cake

To make this carrot cake paleo and dairy free, simply use a dairy free cream cheese and a paleo friendly powdered sugar option. You can also use Simple Mills frosting.

Can I make this cake vegan?

I haven’t tried making this healthy carrot cake vegan, but if you want to try you can use 4 flax eggs (4 tablespoons flaxseed meal + 12 tablespoons water). Let me know in the comments how it works out!

Can I use all purpose flour?

Unfortunately, no, I would not recommend using all purpose flour or any alternative flours in this recipe as the texture and consistency of the carrot cake will change. 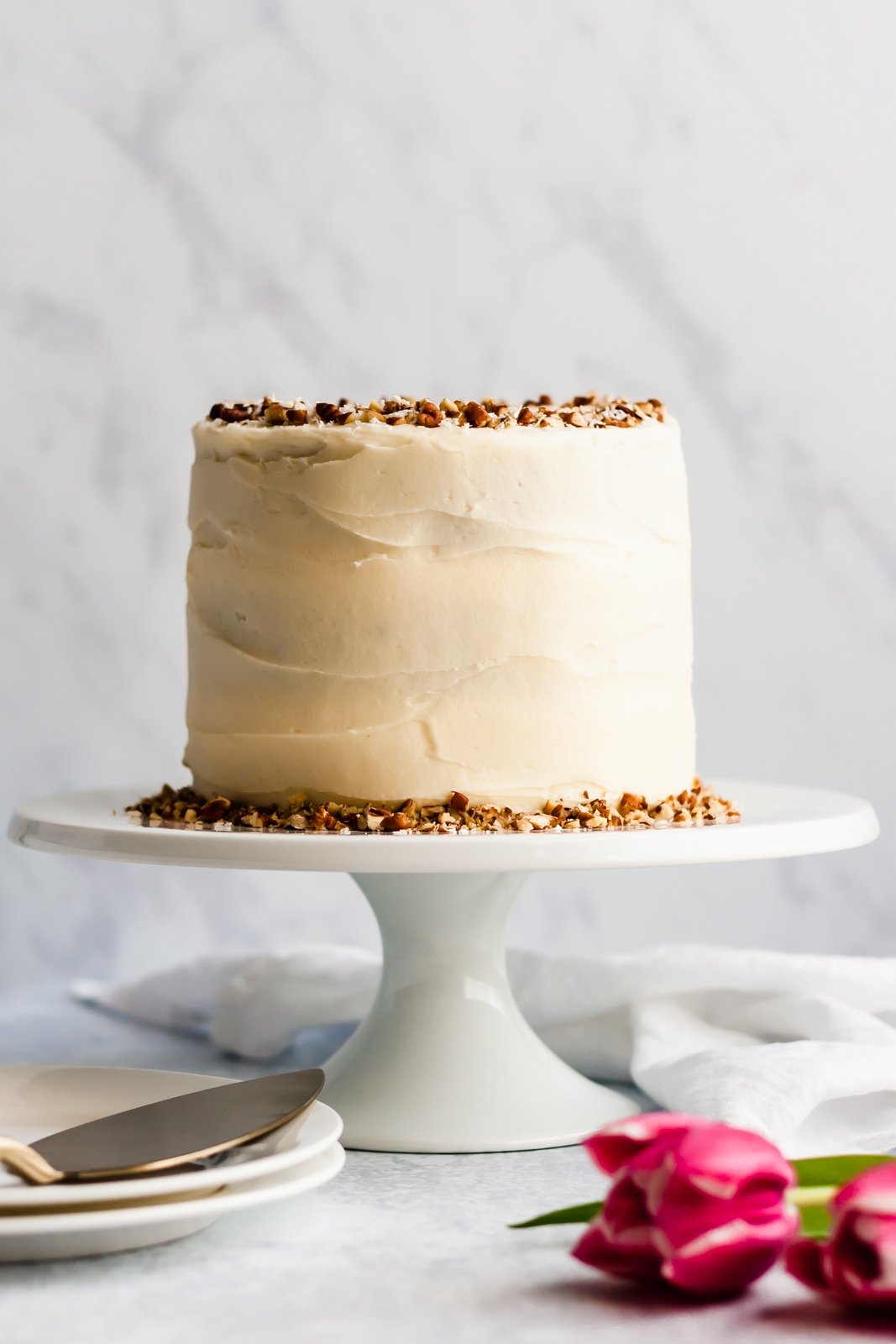 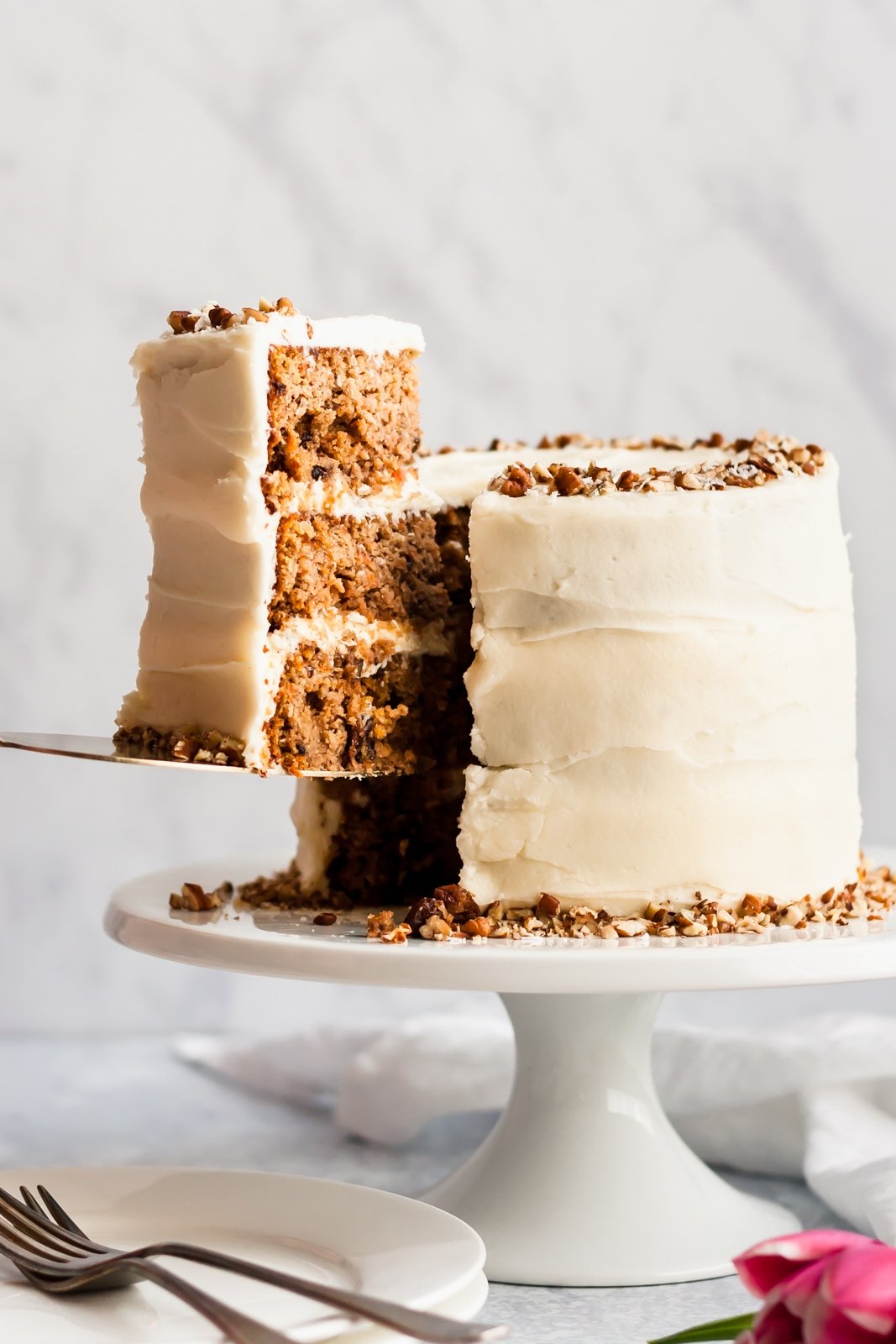 Frosting a whole cake can seem daunting, but with these couple of tips you’ll have a beautifully frosted healthy carrot cake in no time:

How to store & freeze this healthy carrot cake

One of the best parts about this healthy carrot cake recipe is that you can make it 1-2 days ahead of time. I like to make the cakes ahead of time and keep them in the fridge for easy assembly, but you can also store it after you’ve frosted the cake, too! 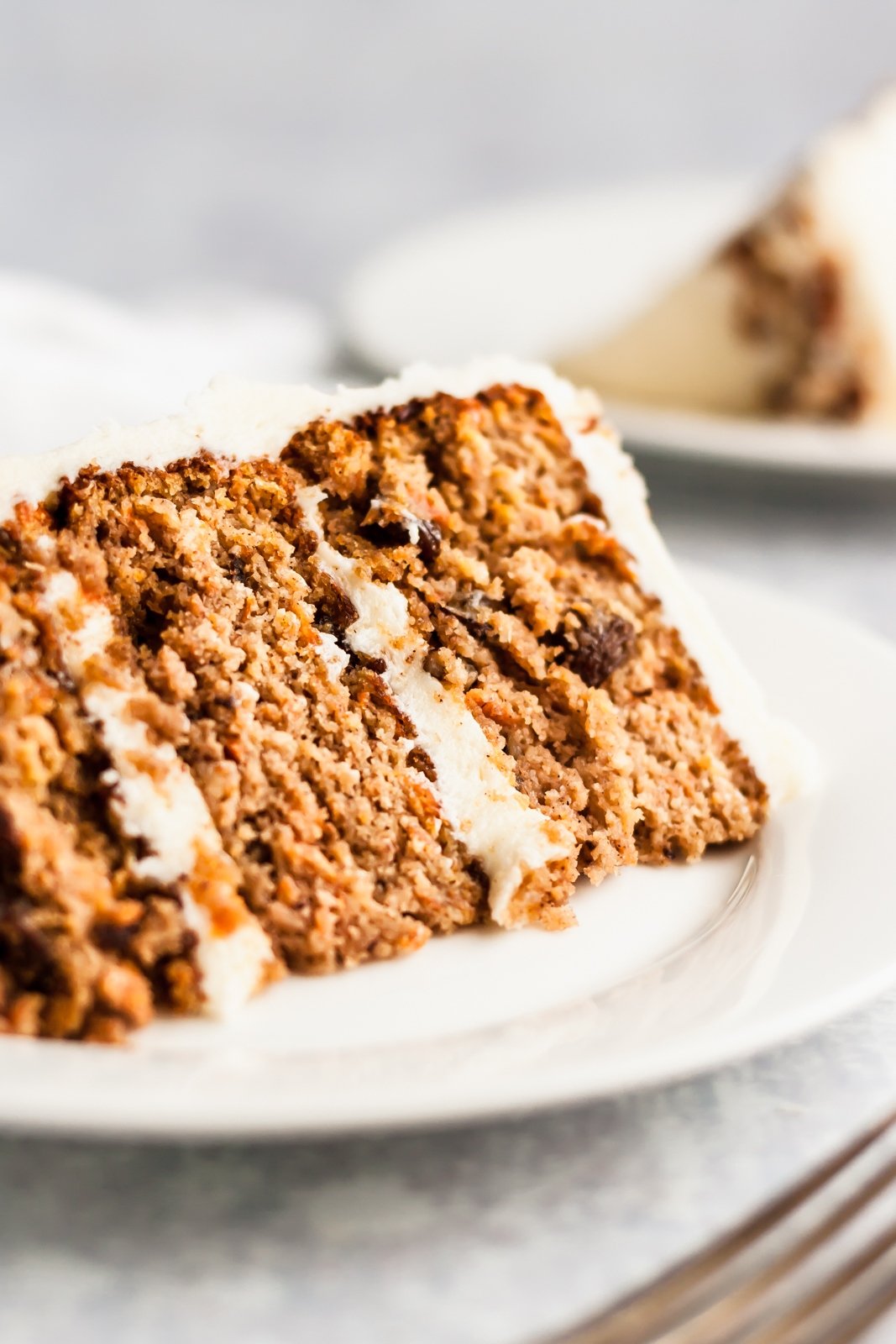 Get all of our amazing cake recipes here!

I know you’re going to love this healthy gluten free carrot cake, please let me know if you make it by leaving a comment and rating the recipe below. I’d love to hear from you and it helps encourage others to make the recipe too! xo.

P.S. feel free to listen to my cinnamon carrot cake playlist on spotify while you bake this! 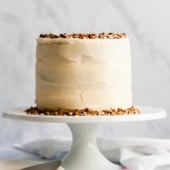 To make dairy free/paleo: use vegan butter (I recommend Earth Balance) and a dairy free cream cheese such as Kite Hill. You may also need to use a paleo powdered sugar. You can also use Simple Mills Frosting as an alternative.

To make vegan: I haven’t tried making this cake vegan, but if you want to try you can use 4 flax eggs (4 tablespoons flaxseed meal + 12 tablespoons water).

How to store carrot cake: I recommend storing the cake covered in the refrigerator for up to 5 days. See the full post for freezing instructions! 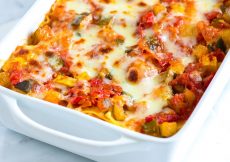 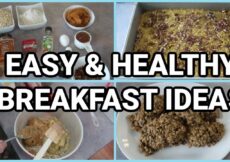