Christmas is just around the corner ..Make your #Christmas merrier with this delicious Apple Cinnamon Cake ️

This mouth-watering recipe is made by making a batter of whole wheat, apple, carrot, and jaggery powder.

The Cinnamon adds a nice warm flavor to the cake making it even tastier.

This recipe makes for a perfect healthy treat because there is no processed sugar added. So enjoy this recipe without worrying about the calories

Enjoy this #christmasspecial recipe and treat your friends’ and family

Preheat oven to 180 degrees Centigrade.
Grease and flour a 9-inch pan, keep aside.
To make sour milk, add ½ tablespoon vinegar to ½ cup of cool milk and mix.
Keep aside for a few minutes, add vanilla essence and mix again.
In a medium-sized bowl, whisk whole wheat flour, cinnamon, baking powder, fruit salt, and salt until totally and evenly mixed.
Stir in walnuts, mix and keep aside.
In a large mixing bowl, beat powdered jaggery with oil till well mixed; about 2 minutes.
Stir in sour milk and give it a quick stir.
Add the flour mixture in batches until fully incorporated and mixed.
Add grated carrots and apples and mix.
If you feel the mixture is a too dry stir in 4 tbsp of milk.
Pour the batter into the prepared pan and smoothen with a spatula.
Gently tap the pan on the counter to remove any air bubbles.
Bake for 30 to 35 minutes or until a toothpick inserted in the center comes out clean.
Place on cooling rack to cool for about 10 minutes.
After 10 minutes, remove from pan, peel off the paper and leave on cooling rack to cool completely.

SUBSCRIBE to JOOS FOOD for more such recipes
► https://goo.gl/A3rUqw 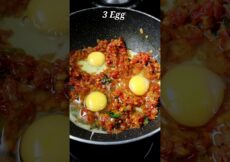 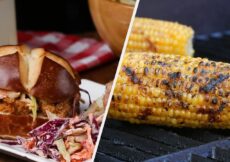