Almost every culture and region has their own style of barbecue, and in the episode Sohla grills up two iconic types from across the globe. First, she recreates the original Korean bulgogi, one of the oldest kinds of barbecue you can still find today. Then Sohla cooks Taino barbacoa, using the traditional grill of branches suspended over a wood fire.

Steps:
1. In a medium bowl, stir together the doenjang, soy sauce, sesame oil, plum syrup, ginger, and garlic.
2. Using a sharp knife, thinly slice the ribeye across the grain. Add the sliced meat to the bowl of bulgogi marinade and gently toss to coat. Cover and marinate at least 30 minutes.
3. Skewer the marinated meat and cook on the grill over high heat until lightly charred. Serve alongside lettuce, rice, ssamjang, and banchan.

Steps:
1. Gut, scale, and trim the fins off the fish. Using a sharp knife, deeply score both sides of the fish at an angle. Season with salt, taking care to sprinkle salt into the scores and inside the cavity. Set aside.
2. In a mortar and pestle, finely ground the allspice and transfer to a small bowl. Repeat with the annatto seeds and oregano.
3. Roughly chop the aji dulce and culantro. Transfer to a mortar and pestle and crush into a paste. Add the ground spices, oil, and salt and continue processing into a paste.
4. Spread the paste onto the fish, rubbing it into the scores and inside the cavity. Grill over high heat until charred and the flesh easily flakes off the fish.

Subscribe for more Ancient Recipes with Sohla and other great The HISTORY Channel shows:
http://histv.co/SubscribeHistoryYT

Ancient Recipes with Sohla takes the food you know and love and traces it back to its origins. In each episode, Sohla El-Waylly details the surprising history of some of our favorite dishes as she attempts to recreate the original version using historical cooking techniques and ingredients. Along the way, Sohla highlights the differences between the ancient recipe and how we would prepare the modern version today.
http://histv.co/ancientrecipes

Follow Adam Richman as he travels the country and tries the most iconic and forgotten foods of the 1980s. Watch new episodes of Adam Eats the 80s Sundays at 10/9c on The History Channel.

Learn more about The HISTORY Channel and watch full episodes on our site:
https://history.com

The HISTORY® Channel is the leading destination for award-winning original series and specials that connect viewers with history in an informative, immersive, and entertaining manner across all platforms. The network’s all-original programming slate features a roster of hit series, premium documentaries, and scripted event programming. 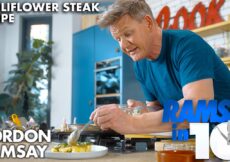 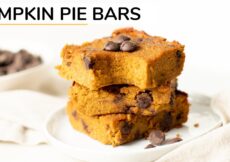