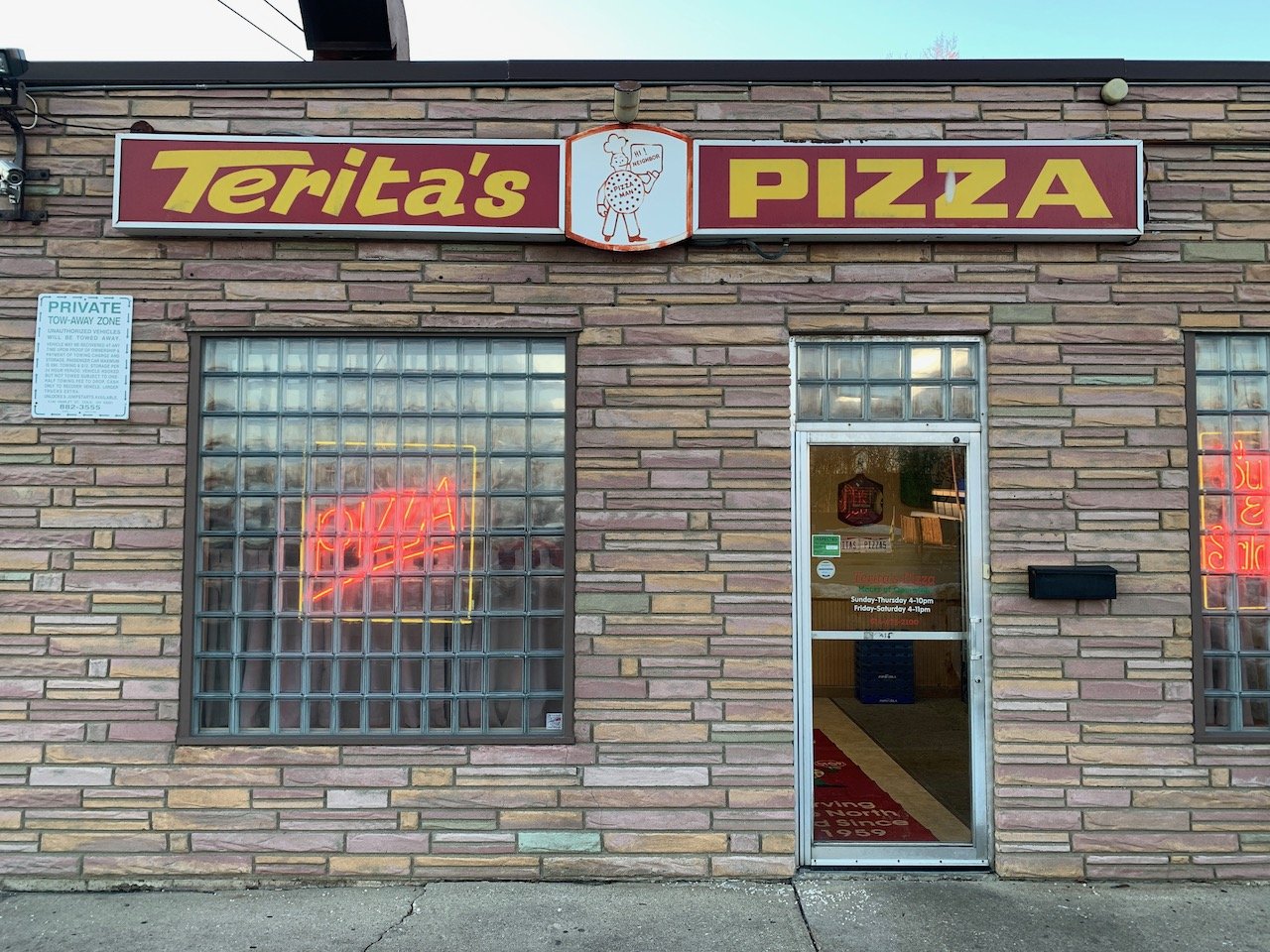 Everyone has opinions on pizza: toppings, styles, how to slice it, how to eat it, does pineapple belong on it (I vote yes).

There are plenty of other great examples of this style – Pizza House, Iacano’s, Massey’s, Tommy’s, Donatos – but Terita’s has stood out for their consistent crust and generous toppings.

So what is Columbus-style pizza? It’s also referred to as tavern cut, square cut, or party cut, and it features: 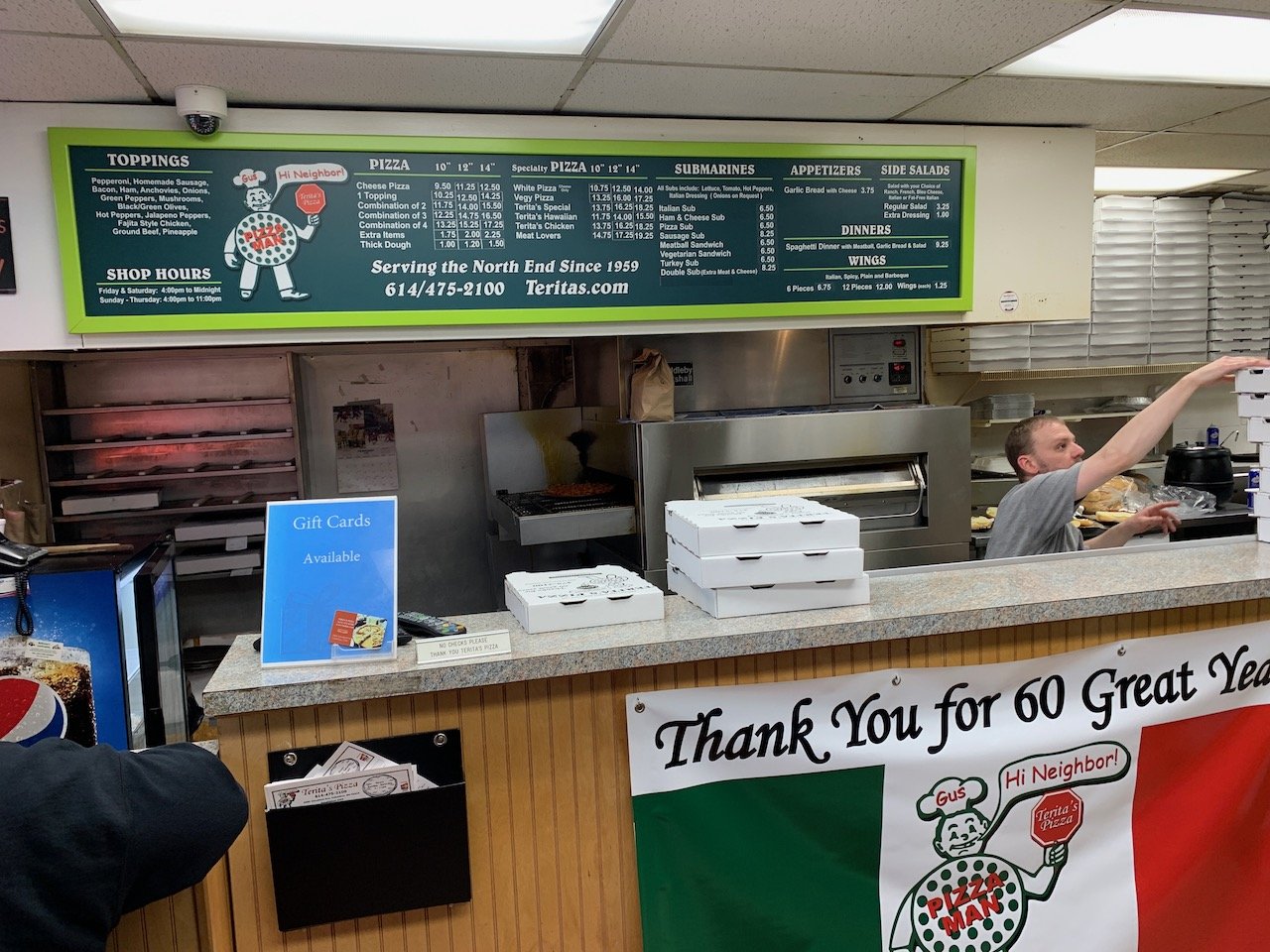 Terita’s has been slinging the good stuff since 1959 from a small storefront on Cleveland Avenue. It’s a family-run operation open daily from 4-11 p.m. And judging from our visits, the pandemic hasn’t slowed them down. 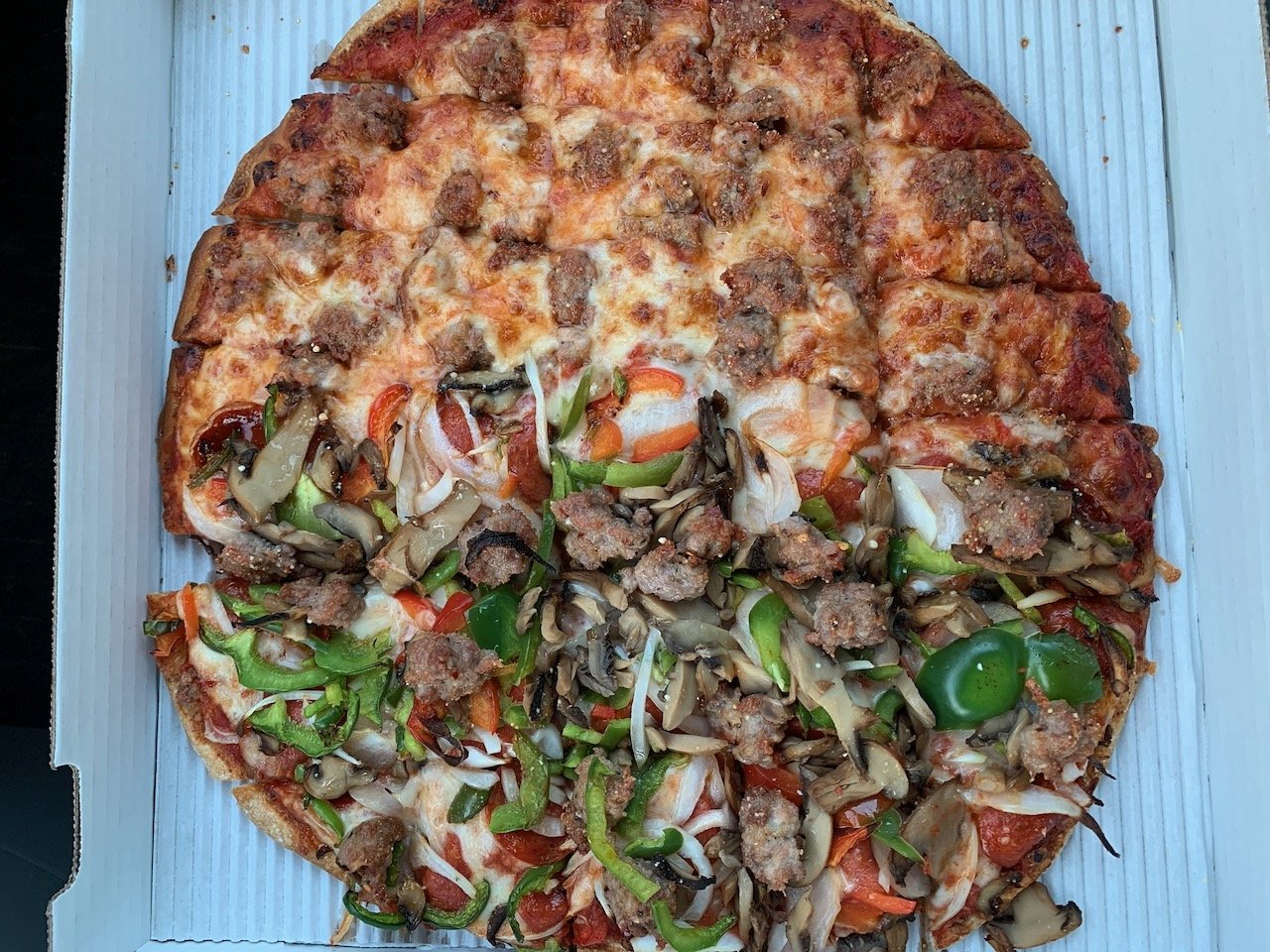 We’ve tried a few different pies from Terita’s, but my preferred option by far is the Terita’s Special, known generically as the “supreme pizza.” It’s the pie loaded with pepperoni, sausage, mushrooms, peppers, onions. 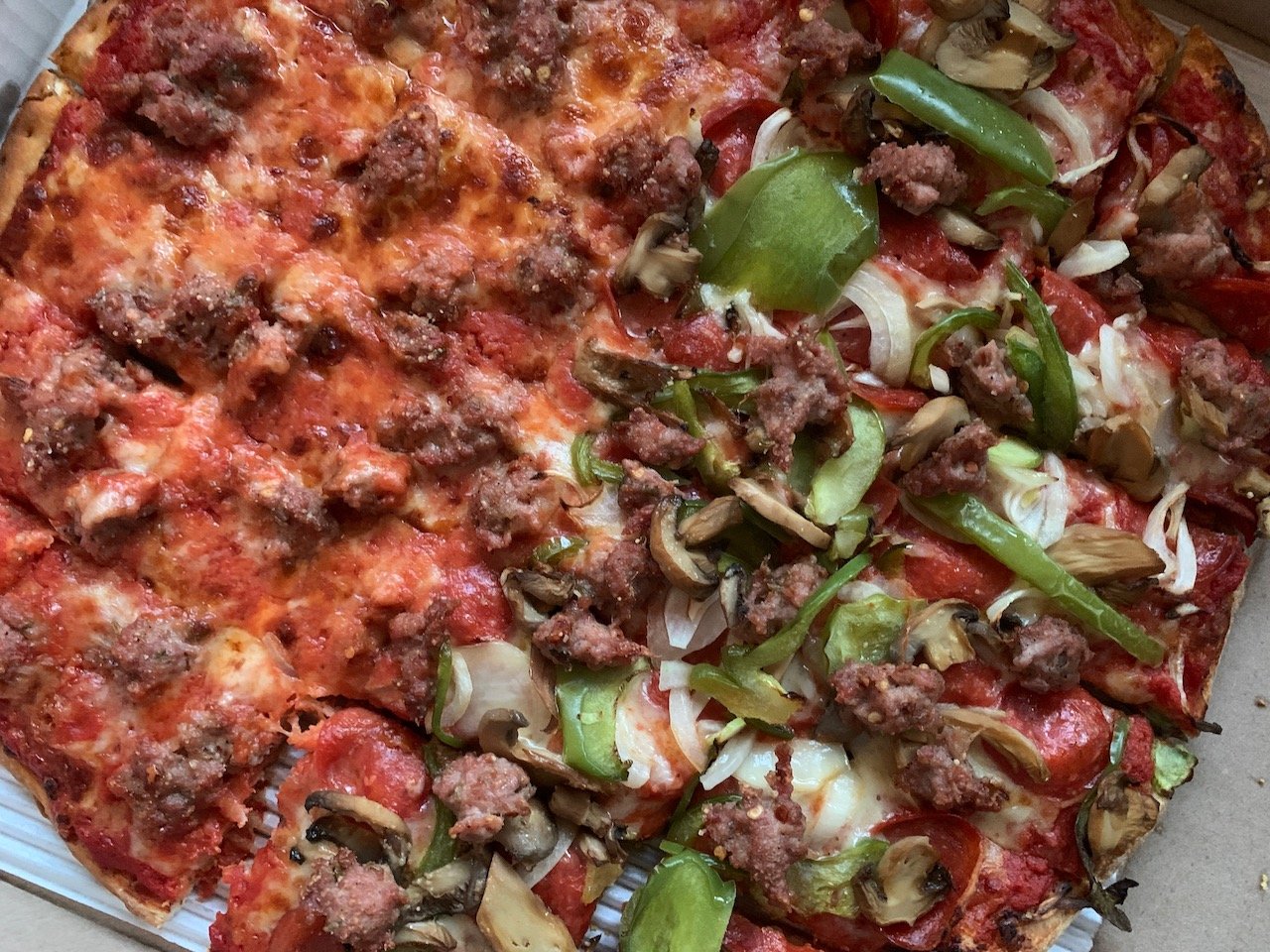 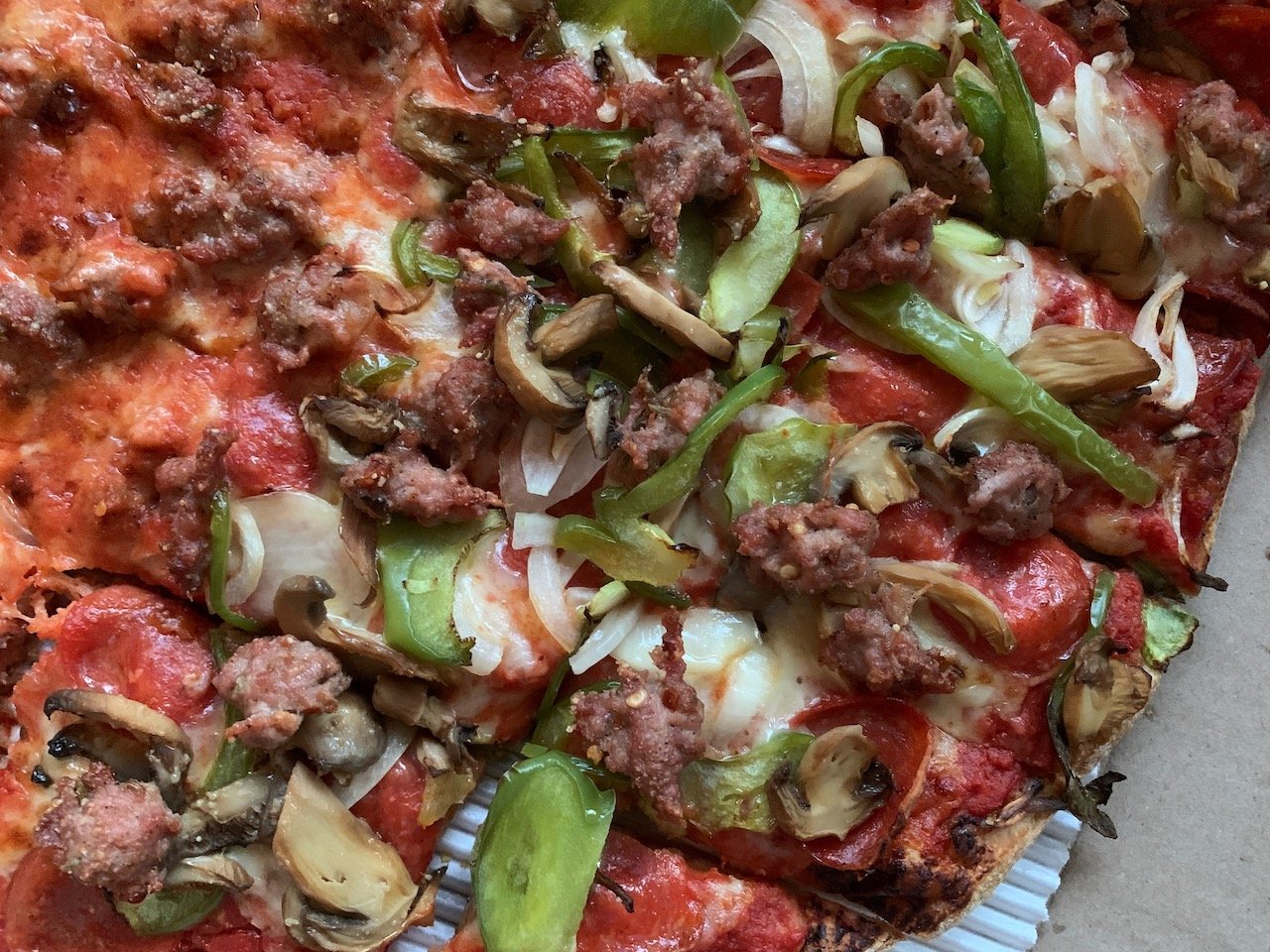 Who’s with me on this? 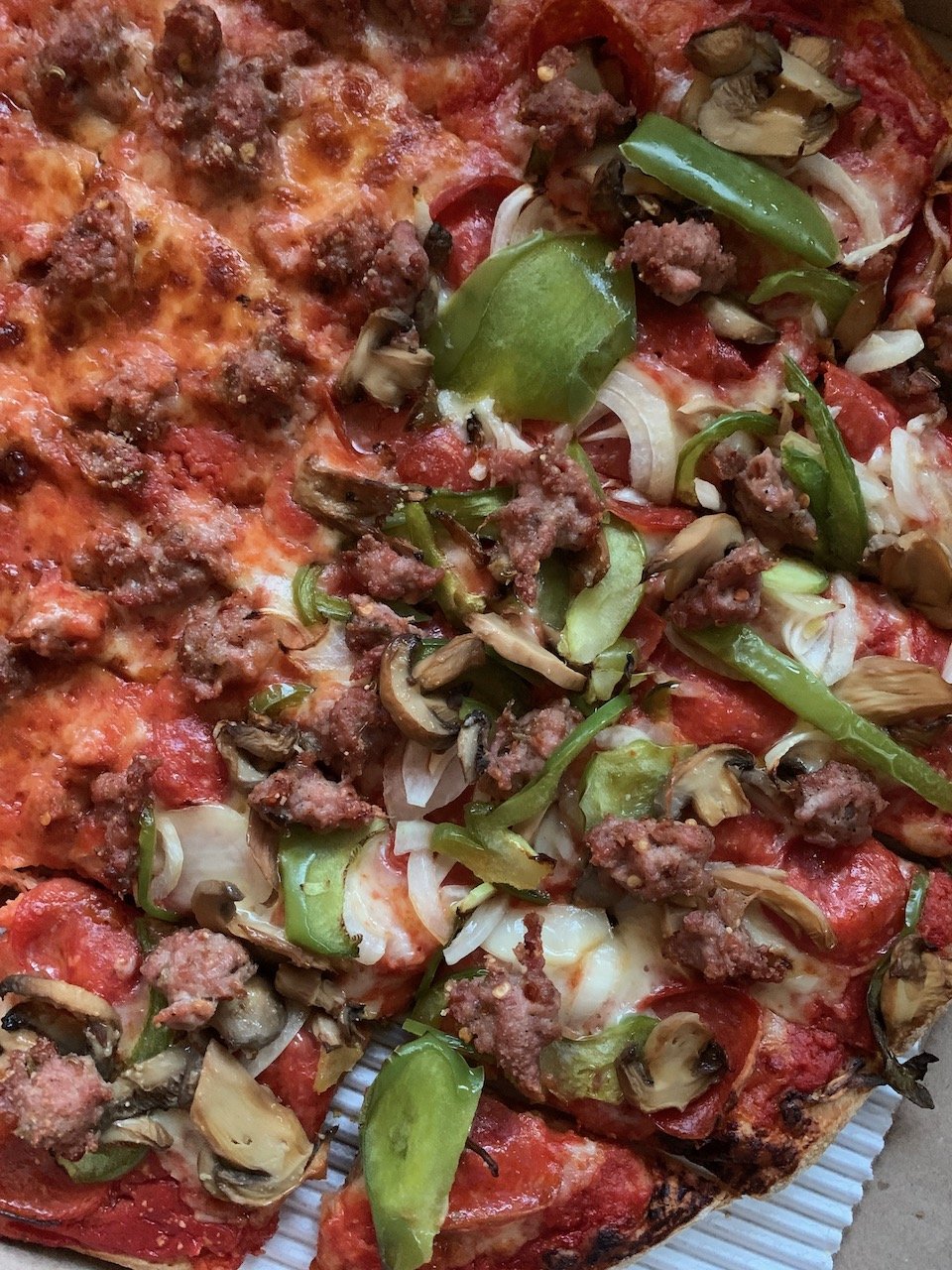 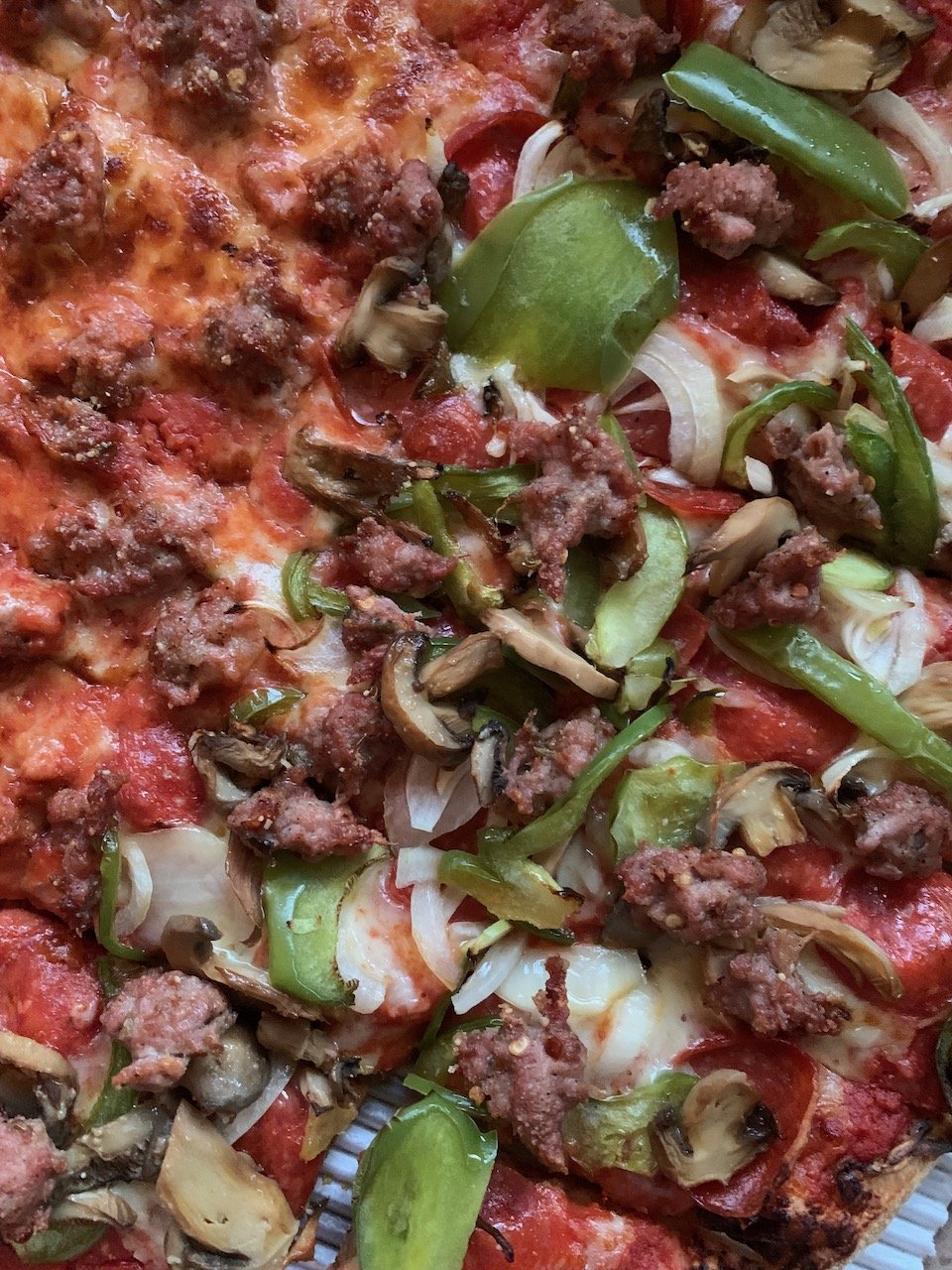 I love this type of pizza with the toppings spilling over the edge, the rich flavors of sausage and mushrooms, the delicious crisp of green peppers and onions. 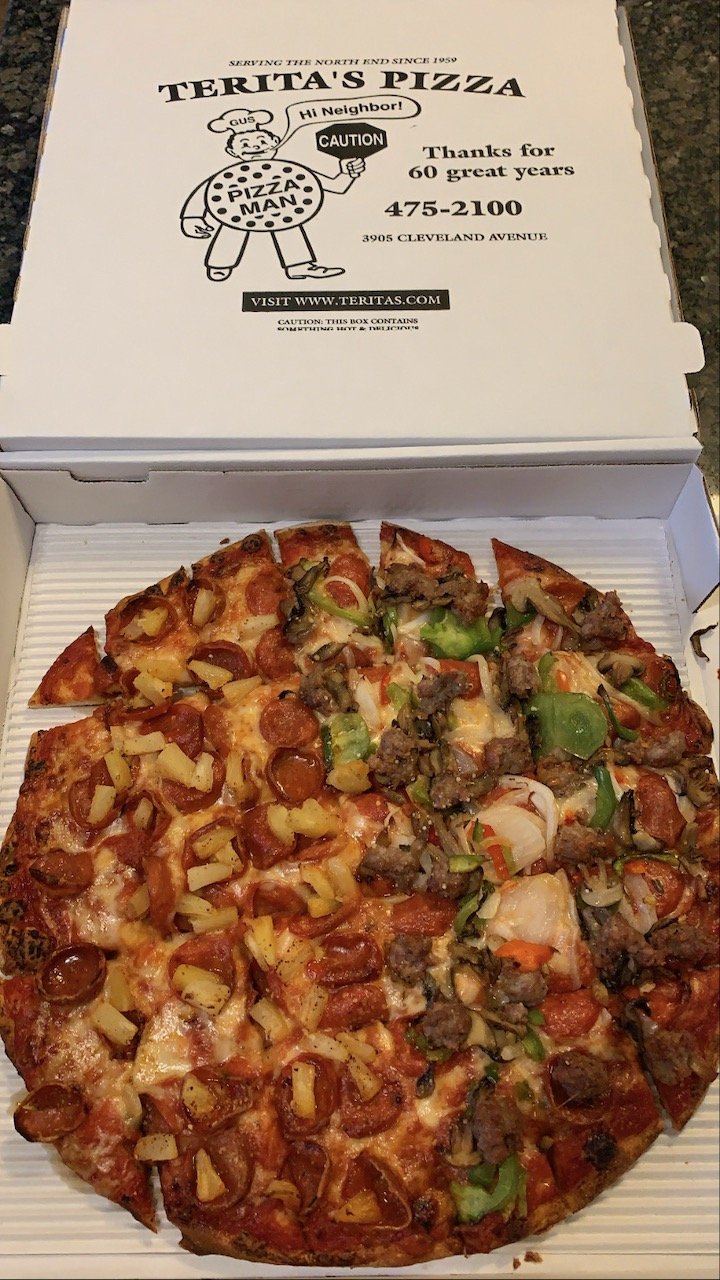 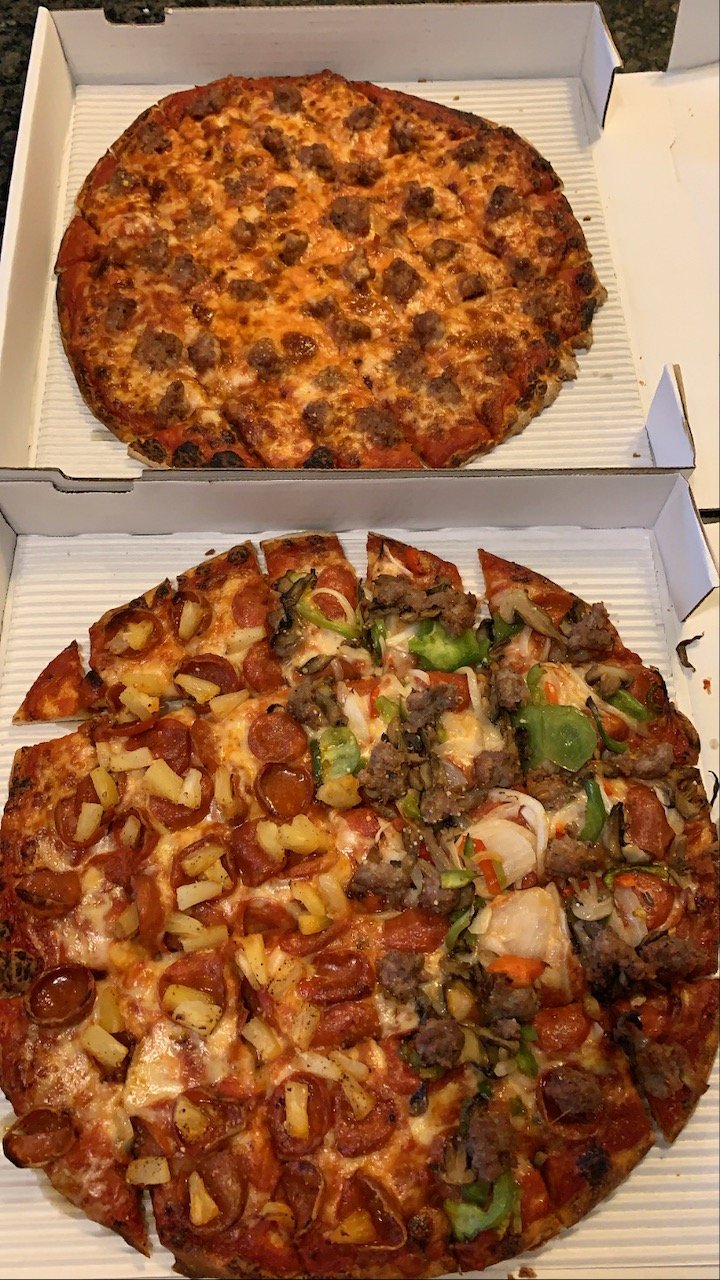 That’s not all Terita’s does, of course. We loved the straight up pepperoni, plain sausage, pepperoni and pineapple. But Columbus style really lends itself to the supreme pizza with loads of toppings. So if you’re on the hunt to try a new pizza, I’d give Terita’s a call!

I’ve written more about Pizza Styles in Columbus and Where to Find Them for Experience Columbus. And for the expert in all things local pizza, consult Jim Ellison, author of Columbus Pizza: A Slice of History.