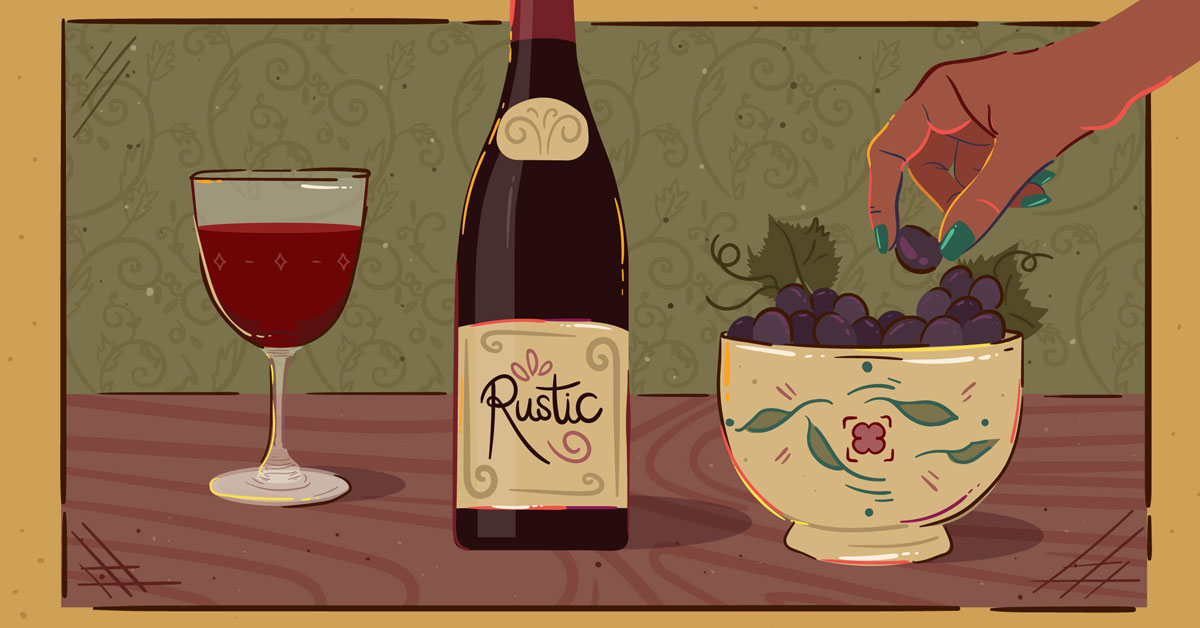 Even in the 1800s, it seems, the word rustic was defined by what it wasn’t. In the late 19th century, longtime New-York Tribune editor Willis Fletcher Johnson published the poem “In Bohemia,” an ode to the spoils of a modest life in the countryside. Its final stanza is a condescension, the countryman meeting the silly notion of royalty down at its level.

Prince, thy bounty I decline!

Quaff with me this rustic wine!

Equals thou and I to-day—

I am rich; who says me nay?

The poem insinuates that the prince would have been more accustomed to finer wine. Why else would rustic be used, if not to serve as fine wine’s polar opposite, to convey the prince’s perception of things? Despite the shifting contexts separating then and now, Johnson’s envoi captures the centuries-old duality of rustic as a descriptor in wine: Does it convey the splendors of the country as a virtue, or the crudeness of its inhabitants as a flaw?

Rustic presents a rhetorical tension that persists to this day. Last month, winemaker Scott Frank of Bow & Arrow in Portland, Oregon, was asked to describe the latest vintage of Rhinestones, a gamay–pinot noir blend that serves as the winery’s flagship bottle. Frank saw 2020 as a throwback. It was a cold year for the Willamette Valley, imbuing the wine with more of the pronounced soil characteristics found in Rhinestones’ early years. “It’s kind of got more of a rustic Cheverny vibe,” he told Carrie Thompson, his distributor’s portfolio manager. But Frank sensed some hesitation from Thompson. “Maybe I won’t use the word rustic,” he recalls her saying. She explained that the term, of late, was being used to connote wines with flaws—without calling out the flaw.

Rustic, like so many words used to give shape to something fluid, projects the feelings of the beholder in lieu of something more concrete. It can connote earthy tones, represent a young wine with zip, or stand in for perceived flaws like the presence of Brettanomyces or overwhelming tannins. With no fixed meaning in the context of wine and spirits, rustic’s tone shifts dramatically depending on who wields it.

Natural wine importer Amy Atwood has warm associations with the term, dating back to her early years as a wine sales rep, selling more conventional wines from Spain and Italy. “I’ve always had a love for rustic wines: the country wines that are meant for simple pleasures, for everyday drinking and enjoyment with your meals,” Atwood says. Equip Atwood with the word and it evokes pleasant nostalgia; equip someone like Robert Parker with the word and it drips of condescension, whether in praise or critique. (In describing the wines of Italy’s Le Marche region, Parker once wrote: “Montepulciano, the main red variety grown there, has come a long way from the harsh, rustic wines that were common years ago.”)

In any capacity, rustic generally reflects an unvarnished quality of country living, which is precisely where the word’s Latin roots lie. But as illustrated in wine importer Kermit Lynch’s 1988 book Adventures on the Wine Route, the ambiguity of rustic might best be seen through a set of bifurcated French terms, rustique and rustre—the former meaning “rural,” the latter “boorish.” In the book, Lynch spends time with two legendary Rhône winemakers, Auguste Clape, who produces Cornas, and Gérard Chave, who produces Hermitage. Both winemakers agree that Cornas is more brash, more tannic. When it comes time to serve the two wines, Clape suggests starting with the Hermitage. “A rustic wine will overwhelm a finer wine,” he says.

Just as Johnson established in his poem, rustic is the opposite of whatever you think refined means, and those two poles set a standard within wine discourse. “There was this hierarchy of what’s cool for most of my career,” Frank says. “And now, it’s getting turned upside down, where fucked-up wines are really cool and sought after. But prior to that weird inversion, rustic was a way to describe or capture country wine or blue-jean wines, not pleated khaki or expensive-suit wines.” In this paradigm, even the most romantic ideals of rusticity in wine would have to be sacrificed to keep the movement going.

Which presents the irony of rustic’s place (or nonplace) in the contemporary, natty-inflected wine lexicon. In some of the circles where it theoretically should be thriving, it’s become passé. “I think we rarely use that word in terms of natural wine, and it makes me wonder if it’s really almost because it’s a redundancy,” Atwood says. “Rusticity is, in my mind, the opposite of manipulated polish in a wine, and many natural wines kind of fall into what we would have grouped together under ‘rustic wines’ anyway.” It could easily be the shorthand for the rough edges or quirks that render natural wine exhilarating: the sense of history and land; the biodynamic, hands-off production philosophy; and, yes, the funk. But revolutions all have their own vernacular, and natural wine’s forward march is no exception.

Perhaps rustic has to die for its tenets to thrive. 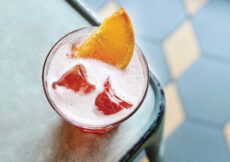 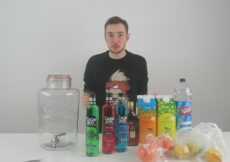