When we think about cocktails in the summer, we often think about something with fruit, something really refreshing, delicious. Because really, what’s better than sitting on the beach with your John Grisham novel and a delicious watermelon margarita. So that’s what I’m going to show you how to make right now. The best way to make fruity variations on cocktails is just to take a classic cocktail and add that fruit into it.

So I’m going to start the way we would with a regular margarita with 2 oz. of tequila, remember 100% agave, none of the cheap stuff. I mean this stuff isn’t really that expensive, just none of the really cheap stuff, and three-quarters of an oz. of fresh-squeezed lime juice, fresh fruit, got to be fresh citrus and instead of Quantro or orange liquer, I’m going to use just agave nectar, because watermelon is so subtle that you don’t really want that strong orange flavor in there.

You really want the only fruit to be coming from the watermelon. So a little under three-quarter of an oz., because this is pretty thick stuff, just to keep the balance intact. Now here’s the trick to making a watermelon drink, because I’m going to shake this without watermelon in it, I’m going to strain it into my glass and then I’m going t put watermelon juice on top of it.

And I said I was going to strain it over ice, but I think I”m just going to pour it right in the glass, because it’s summer, we don’t spend too much time being too precious with it. We want to get back to John Grisham. All right so just 2 oz. of watermelon, I’m going to put it right on top. Oh, yeah, I can’t resist. I really want that pink color in there and I think I’m going to put a nice little lime wedge on there and you are all set for the beach. And that’s how you make a watermelon margarita. 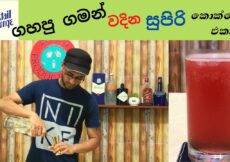 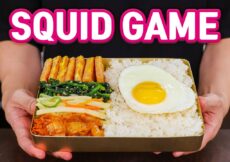 Race party food + drinks at Needler’s, plus a friendly