Cognac has been on a roll for several years. The distilled wine spirit drove much of the 7% increase in brandy/Cognac consumption in 2020, according to the Beverage Information Group’s 2021 Liquor Handbook.

What’s more, overall Cognac sales in 2021 rose by nearly 31% in value to 3.6 billion euros ($4.1 billion), according to the Bureau National Interprofessionnel du Cognac (BNIC) industry group. Volumes were up 16% to 223.2 million bottles.

While most people know that Cognac comes from France, a number of attributes set the spirit apart from other brandies. Here are nine.

It must be made in the Cognac region

Like Champagne, Cognac has to be produced in a specific geographic area of France. Cognac, located 300 miles southwest of Paris and just north of Bordeaux, is divided into six regions or crus: Grand Champagne, Petite Champagne (which are not part of the sparkling wine Champagne region of northeastern France), Borderies, Fins Bois, Bons Bois and Bois Ordinaires.

Cognac is made with white grapes/wine

While any type of fruit can be used for brandy, Cognac can only be made from three different white grape varieties: ugni blanc, folle blanche and colombard. The vast majority uses ugni blanc, the trebbiano grape from Italy, because its acidity works well for Cognac.

The minimum age for Cognac is two years

The wine made from the specified grapes is distilled twice using copper pot stills. This creates an eau de vie that must then be aged in French oak casks from Limousine or Tronçais for at least two years, though most quality Cognacs are much older. Cognac can only be made from three different white grape varieties: ugni blanc, folle blanche and colombard.

Cognac uses letters instead of numbers to indicate age

For instance, V.S. Cognac, also known as Very Special, ages for at least two years; VSOP (Very Special Old Pale or Reserve) has a minimum age of four years. Most Cognacs are a blend of different ages; the age refers to the youngest Cognac in the blend.

There are revised age classifications for older Cognacs

The BNIC in April 2018 updated the official quality grades for Cognac older than four years. X.O. (Extra Old or Hors d’Age) Cognac must be aged for a minimum of 10 years, which is up from a minimum of six years. The BNIC added the Napoleon classification (previously an unofficial designation) to indicate a minimum age of six years, and the XXO (Extra Extra Old) for Cognacs that have been aged for at least 14 years.

Hennessy is by far the leader in terms of Cognac consumption. It was up 13% to reach 4.4 million cases in 2020, according to the 2021 Liquor Handbook. The number-two brand Remy Martin rose 18%, while number-three, Courvoisier, was up 33%. The fastest grower was the number-four brand D’Usse, co-owned by Shawn “Jay-Z” Carter and Bacardi; it increased more than 47% in 2020.

The grape brandy Armagnac has much in common with Cognac, and it’s estimated to be at least 150 years older, but it’s never been as popular. Armagnac, which must be from the eponymous region in southwest France, uses similar white grapes as Cognac but it’s distilled once via column and has a more rustic flavor profile. Cognac also had an advantage in the early days in that it was easier to export, given its location along the Charente river and proximity to the Atlantic ocean.

The spirit crops up in classic cocktails

The interest in vintage cocktails has no doubt helped lift Cognac’s profile in the U.S. Many of the drinks in The Bar-Tender’s Guide or How to Mix Drinks, first published in 1862 by “the father of American mixology” Jerry Thomas, were Cognac-based. These include the Japanese cocktail (Cognac, orgeat, Angostura bitters), the Coffee Cocktail (Cognac, ruby port, simple syrup, whole egg), as well as the Mint Julep and Brandy Punch.

The French don’t drink that much Cognac

More than 95% of Cognac goes to export markets. The U.S. is the world’s largest market for Cognac, followed by East Asia and Europe. French people generally prefer Scotch, though interest in mixology may be giving Cognac a boost in its home country. 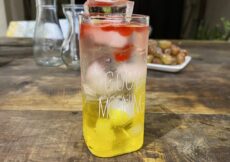 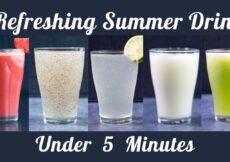 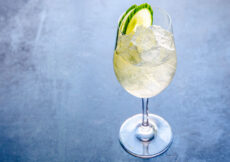