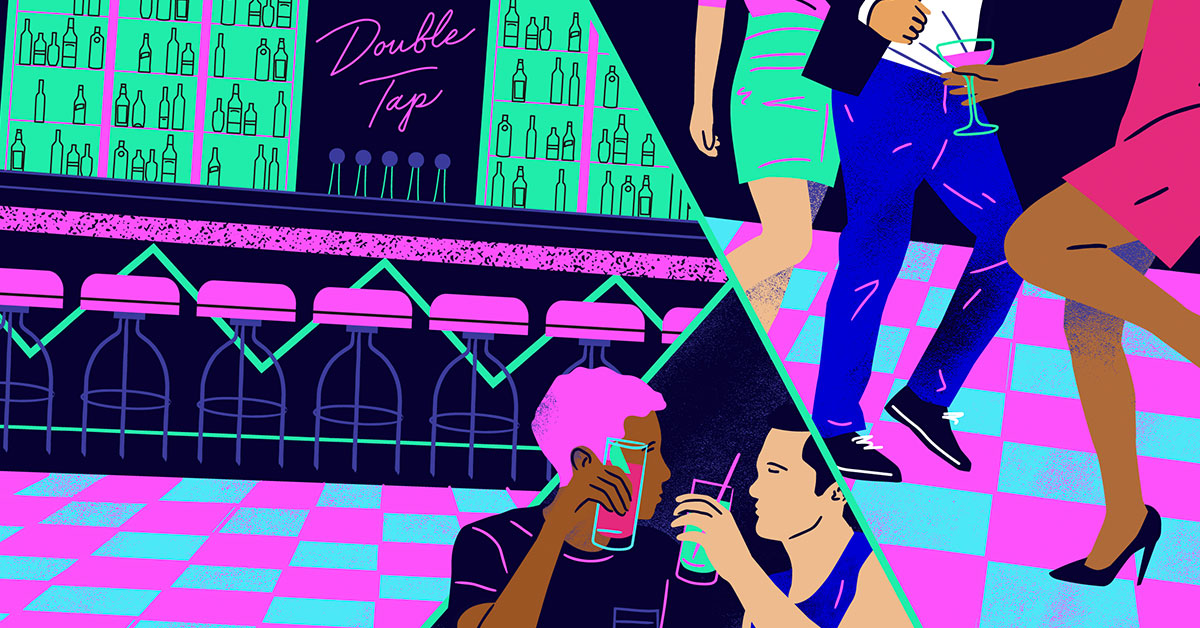 What if your favorite bartender had free rein to create their perfect bar? The Blend, Beam Suntory’s bartender community engagement program, challenged PUNCH’s Bartender in Residence Class of 2021 to each bring their “fantasy bar” to life, considering every detail—from the vibe to the music to the most Instagrammable feature (and, of course, the drinks).

Parker Luthman, who worked his way up from prep position to bartender at one of the first craft cocktail bars in Providence, Rhode Island, describes his personal bartending style as “approachable, direct, and a little quirky”—all similarly apt descriptors for the venue he dreamed up when given the enviable assignment to create his “fantasy bar.” Meet Double Tap, a downtown Providence queer bar that Luthman envisions as “comfortable, eclectic, maybe a little loud; [a place] that’s fast-paced and focused on flavor.” The name refers to the custom, high-volume draft system he’d have behind the bar, and is also a nod to the way dating app users express that they’re into someone’s profile.

In contrast to the structures of some well-known historical gay bars, which Luthman feels can tend toward cramped and crowded conditions, Double Tap would strive to elevate the experience while still honoring the key components and history of those “magical spaces”: music, inclusivity and a dance floor.

“I want to implement [a welcoming environment] in spaces that I curate,” Luthman says. He’s conscious of the friction that can result when a bar doesn’t mirror the community it serves, especially in a diverse city; he’s also personally drawn to places that make him feel invited and included, even in the little details. “I’m really sensitive about that, due to my experience as a queer Asian American,” he says. As a result, Double Tap embraces the best elements of a chic cocktail bar without erasing the parts that make going out fun.

The concept stems from Luthman’s own experiences working at a few buttoned-up cocktail dens where he felt a tendency to police guests on their expected behavior. “I was kind of curating an elitist space without meaning to,” he recalls. Though the drinks at Double Tap wouldn’t be out of place at any of those more formal venues, the environment would be “safe and casual, and where people can be their true, authentic self.”

An important component of setting that mood is the energetic and eclectic playlists. Disco and R&B are the go-to genres, with Diana Ross, Chaka Khan, Beyoncé and Missy Elliott in heavy rotation. And at the end of the night, when the party is over, the announcement for last call is followed by Erykah Badu’s “On & On,” a song Luthman loves for its “connotations of completion and how life always goes on.”

A subtle placard with block letters reading “Double Tap” is the only signage on the windowless, standalone building—“like Studio 54, where it’s just a neutral door, and then you walk in and it’s like this escapism,” says Luthman. “Neon lights, black leather lounge chairs and a light-up dance floor running up against a really sexy bar right in the back.” His vision offers a space both for people who want to get lost in a crowd and those who would rather hang back and watch the action.

The high-ceilinged space (more room for disco balls) has a 10-seat bar, whose stools are stashed away at 9 o’clock to accommodate dancing, along with a half-dozen booths for larger parties. A slightly raised stage serves as space for MCs or drag performances, with more high-tops beside it that can be removed as evenings progress. A large walnut-framed mirror hangs behind the gray marble-slab bar, whose glass shelves with LED lights are separated by thin marble columns. The look of the bar is “a bit minimalistic and uses materials that aren’t super over-the-top … [but will] still stand out interacting with the lights of the dance floor,” says Luthman. Above the tap system on the backbar floats a neon sign beaming, in silver-white script, “It Ain’t That Serious.” The bathroom features gender-neutral single stalls and a row of communal hand sinks, with an oversized mirror for perfect selfies.

“I want a high-volume program that focuses on getting … drinks into people’s hands” without revealing just how much work is going on behind the bar, says Luthman. “There’s a lot of power in that kind of silent hospitality.”

The key to that concept is the all on-draft drink menu, featuring sessionable classic cocktails—amaro spritzes, highballs, Mojitos—plus four local beers and a house rosé, served in reusable plastic cups to avoid broken glass on the dance floor. The seasonal Paloma is, by far, the bestseller. (“People in Providence really, really like their tequila drinks,” Luthman notes.) And though Double Tap won’t have a kitchen, there will be several local food trucks parked out front to cater to the hungry crowd.

While the nature of the high-volume, dance floor–adjacent program means that bartenders may not be able to have lengthy conversations with guests, an aura of hospitality will flow from the “nuanced, nonverbal attention to details that makes a guest feel like they are being watched over.”

“My bartenders are not going to be your best friend, but they will take care of you whenever you come up to the bar and then send you on your way to enjoy your night.”

Ultimately, Luthman wants Double Tap to function as “a community for queer people who want somewhere to go to truly show their colors, for people who want to celebrate little victories in life.” He sees the bar riding the wave of celebration of the diversity within Providence itself, as well as creating a space for that overall mission by being “a breeding ground of connection and creativity.” 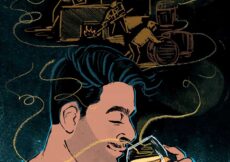 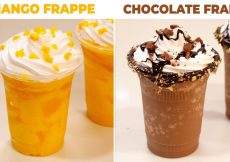